One such example is Hugo Ball’s Karawane, the text of which in part reads, ‘hollaka hollala / anlogo bung / blago bung / blago bung.’ From Ball’s perspective, the impulse to stand on stage and address an audience with sounds and gibberish was a reaction to the society that led to World War I. Such a bankrupt society deserved meaningless poetry. 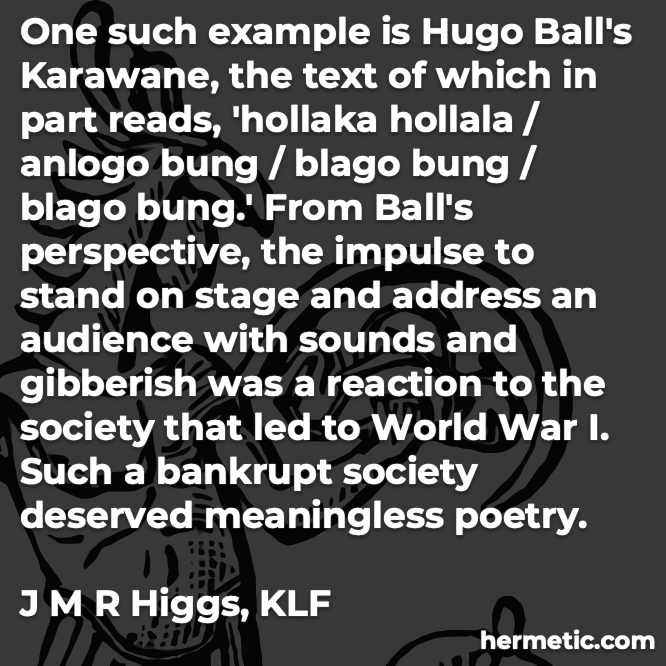 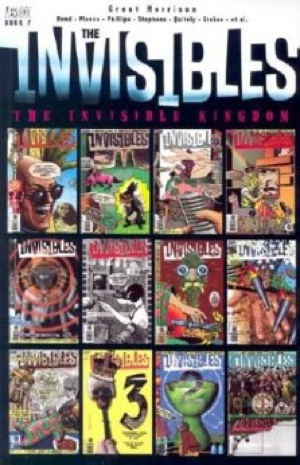