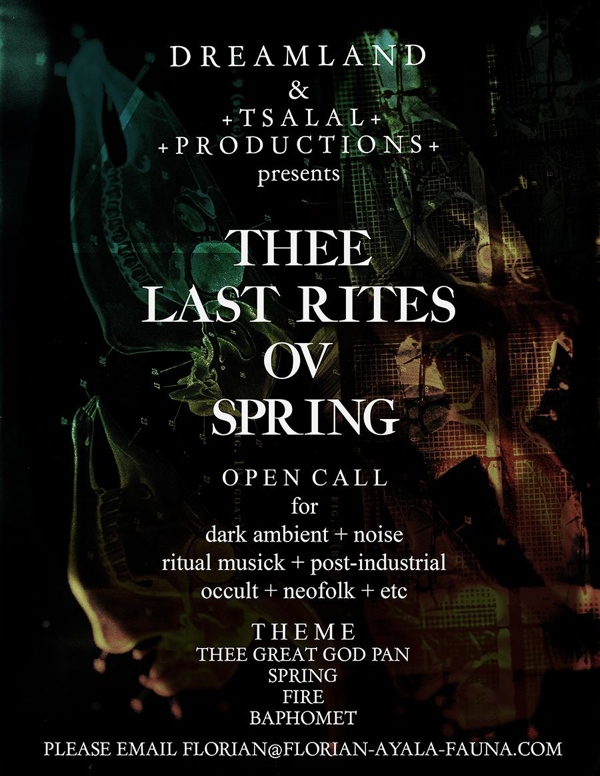 The theme for the event is: Thee Great God Pan, Spring, Fire, Baphomet. There is currently an open call as well, if you want to get involved, but currently the line up of contributors includes Hermetic Library audio pool contributor uncertain as well as Samsara Music, Fe Vajen, Lara Buckley and John Tetragrammaton.

“Machen was a bestseller in his day, a member of the Golden Dawn, and intimately acquainted with the spiritualism, occultism, mediumship and excesses of the Decadent era. The Great God Pan (strangely omitted from this collection) and The Three Imposters were published in the 1890s, shocking society, and attracting invitations to lunch from Oscar Wilde.

Machen had already lived in London more than a decade, as he plied a trade as a freelance writer, translating Casanova and writing an essay on tobacco, before an inheritance allowed him to write what he fancied. Aubrey Beardsley and, later, Austin Osman Spare illustrated his works. But Wilde’s 1895 imprisonment turned the moral tide against Machen’s tales of supernatural horror. It wasn’t until the 1920s that his books began selling in large quantities. Alas, Machen had sold the rights decades before. TS Eliot was among those who secured him a Civil List pension against the poverty of his later years.

His great stories, and the key works in this collection, date from the Decadent 1890s. The haunted, hallucinogenic mix of spell workings, witchcraft and disguised sex magic in ‘The White People’ was hailed by HP Lovecraft as the second greatest horror story ever written (after Blackwood’s ‘The Willows’), and it bears the imprint of one who believed in the ‘wild improbability’ of what he wrote.” [via]