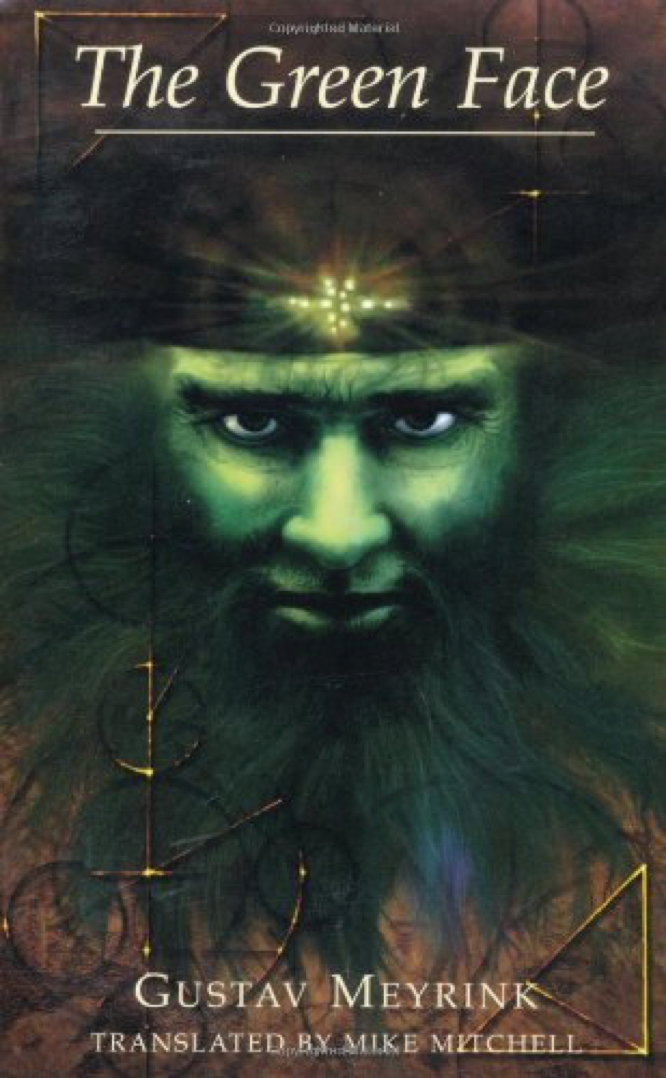 The legend of the Wandering Jew is a thread connecting the episodes of this novel of occult initiation, set in early 20th-century Amsterdam. But Meyrink was neither a folklorist nor a religious propagandist. His literary skill serves to give the reader a sense of the tenuousness of the mundane events and places that we consent to call real, and he captured the apocalyptic zeitgeist of the early years of the New Aeon of the Crowned and Conquering Child.

Franz Rottensteiner’s afterword in the Daedalus European Classics edition of The Green Face goes further than any other single source I have read in attempting to call out the specific occultist interests and involvements of Meyrink. I would certainly like more detail on Meyrink’s 1895 correspondent from Manchester, who assigned him a new name or occult motto; it sounds as if this instructor was an initiate of the Hermetic Brotherhood of Luxor. In fact, Rottensteiner insists that Meyrink “apparently had no knowledge of English fiction of the supernatural,” (221) although Godwin, Chanel and Deveney relate that Meyrink was responsible for a German edition of P.B. Randolph’s Dhoula Bel (The Hermetic Brotherhood of Luxor, p. 365). Meyrink was also involved “with French and British Freemasons,” including the Antient and Primitive Rite, and Rottensteiner claims that he joined the “Order of Illumination” (Reuss’ Illuminati Order?) in 1897. All these details serve to make his work of special historical interest to initiates of O.T.O. and its emulators, as well as relating far more clearly to the metaphysical content of Meyrink’s work than the usual biographical gloss of him simply being Theosophist.

The Green Face has a status in Meyrink’s oeuvre second only to The Golem, and the two were written during the same period (1910-1916). While brimming over with supernatural revelation, it maintains a vigorously esoteric perspective independent of any social institution or codified tradition.

The Dutch setting, largely in the shadow of the Sint Nicolaas Kerk, was especially effective for me as a reader. In fact, it worked almost exactly like my viewing of The Matrix (a curiously similar story, despite its science-fictional premises). In that film, there were frequent dialogue references to Chicago street geography, although the movie’s cityscape was actually shot in Sydney, Australia, which created an alienating sense of familiarity for this Chicagoan. Just so, my time in 21st-century Amsterdam helped me achieve the same sense of situated displacement with respect to Meyrink’s Zeedijk. 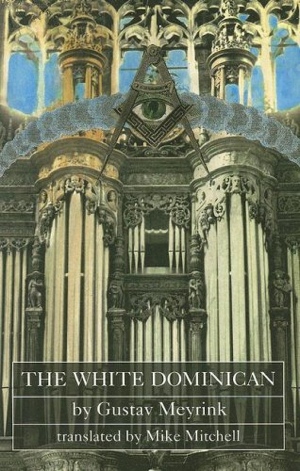 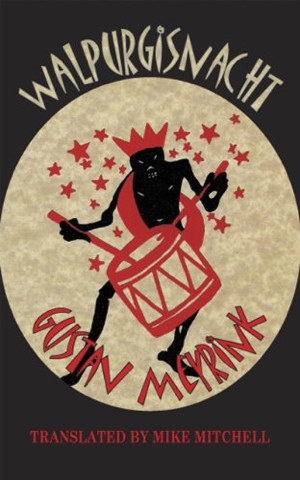