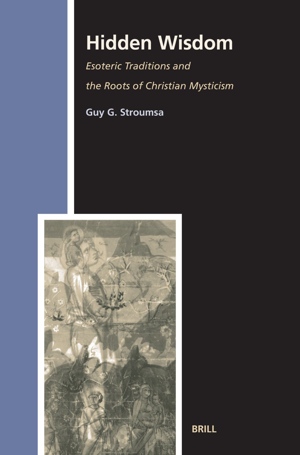 This volume, which its author admits to lack “conclusive results,” doesn’t overcome its origin as a collection of disparate papers and lectures on a common theme. All of the details are interesting, and often deeply considered, but there seems to be a shortage of overarching argument. At some points the book is strangely at odds with itself, most conspicuously when declaring that the “inner logic of Christian soteriology was fundamentally anti-esoteric,” (133) while adducing in chapter after chapter persuasive evidence for esoteric mechanisms and doctrines in the earliest strata of Christianity.

Strousma looks at various cultural formations of late antiquity that could have been tied to (and in any case help to illuminate) the esoteric dimensions of early Christianity. Among these are Neoplatonist hermeneutics, Gnostic mythopoesis, Manicheanism, and esoteric Judaism. Strousma is especially insistent on the last of these, perhaps in (over-?) reaction to what he views as a neglect in the secular “history of religions” discipline, where the emphasis has been on Hellenistic pagan mystery cults. When he writes, “It is hard to believe in a Valentinian influence on Jewish circles,” (198) my reaction is: why? Strousma himself very correctly demonstrates that “Judaism and Christianity in the second century can be perceived as sister religions, rather than standing in a filial relationship.” (89)

The final chapter, new in the 2005 edition, is on “Judeo-Christian and Gnostic ‘Theologies of the Name’.” It should be of special interest to both ceremonial magicians and esoteric Freemasons. [via]