The Heart of the Initiate: Feri Lessons by Victor H Anderson and Cora Anderson, from Harpy Books, is part of the collection at the Reading Room. 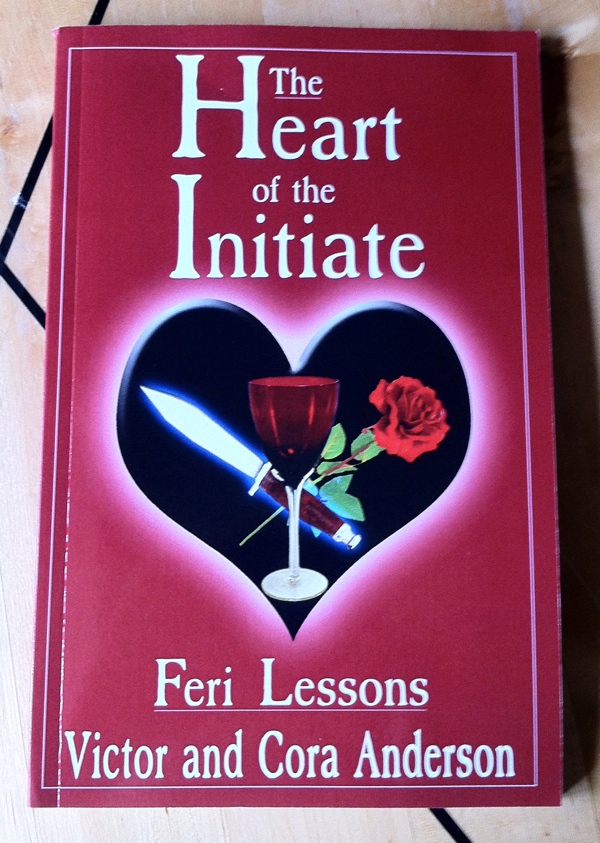 “Featuring rare teachings from Victor and Cora Anderson on the Feri Tradition of Witchcraft, this compact and unique resource covers initiation, sexual ethics, the Guardians, the black heart of innocence, possession, Deities, and more. Including commentaries, letters to students, and extraordinary interview excerpts, The Heart of the Initiate reveals profound insights into the Goddess, rites, symbols, and the mysteries of the Craft.” — back cover

Kitchen Witch: A Memoir by Cora Anderson, from Harpy Books, is part of the collection at the Reading Room. 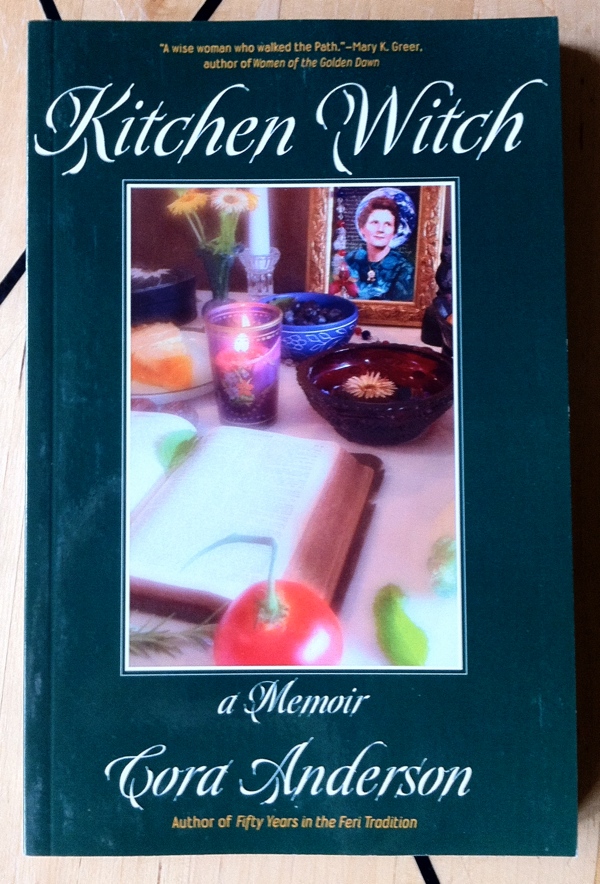 “An Inspiring Recollection from a Beloved Craft Elder

A personal narrative filled with homespun wisdom, this memoir recounts the life and times of one of the foremost elders of the Fairy (Feri) Faith of the Old Religion. Her journey proceeds from an impoverished childhood in rural Alabama before the Great Depression, to her marriage to the blind poet and shaman Victor H. Anderson and their life together as co-teachers of the Feri Tradition. This warm, intimate, and bittersweet autobiography provides a glimpse into the world of a true American kitchen Witch, and includes her recipes, personal spells, and poetry.” — back cover

Childhood Memories by Cora Anderson, foreword by Michele Jackson, from Acorn Guild Press, is part of the collection at the Reading Room. (Anderson Feri Tradition materials are now from the related Harpy Books imprint.) 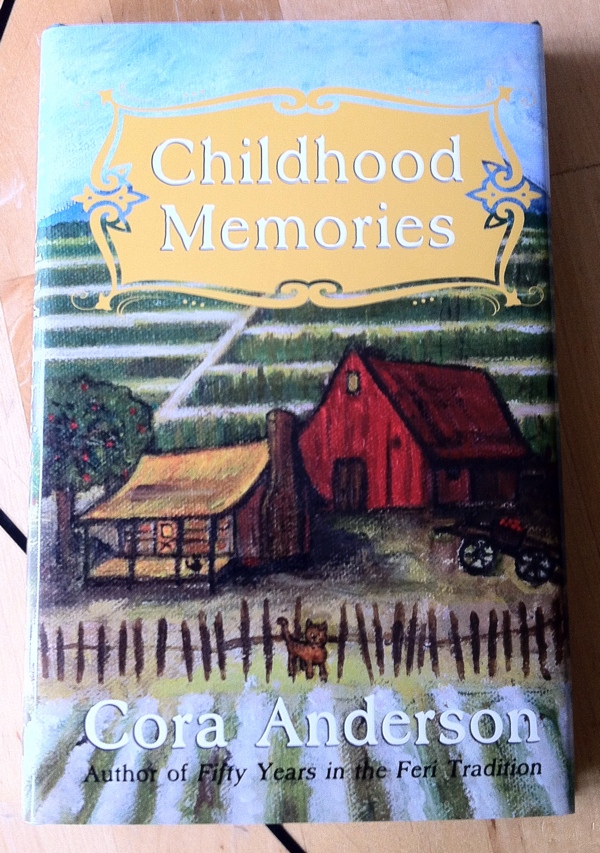 “An Intimate Self-Portrait from America’s Most Beloved Craft Elder

‘That night I had a very strange experience. I lay on my bed, half-awake and half-asleep. I glanced toward the window and saw a most delightful sight—there was the most beautiful creature I had ever seen. Before me was a real fairy. She was about a foot tall and very slender. She looked like a tiny golden girl, with blond hair and sparkling blue eyes.’

THrough sharing personal narrative and spiritual insight, Cora Anderson takes us on a journey from her impoverished childhood in rural Alabama to her marriage to the blind poet and shaman Victor H Anderson. During their 57-year marriage, the Andersons developed a vibrant and powerful Craft tradition that has touched countless lives.

This warm, intimate, and sometimes humorous memoir recounts the life of a true American original. Included are some of Cora’s recipes, personal spells, and all of her poetry. Her story is unlike any you have read before, one that will stay with you long after you have turned the last page.” — flap copy

Fifty Years in the Feri Tradition by Cora Anderson, foreword by Dennis Strand, from Acorn Guild Press, is part of the collection at the Reading Room. (Anderson Feri Tradition materials are now from the related Harpy Books imprint.) 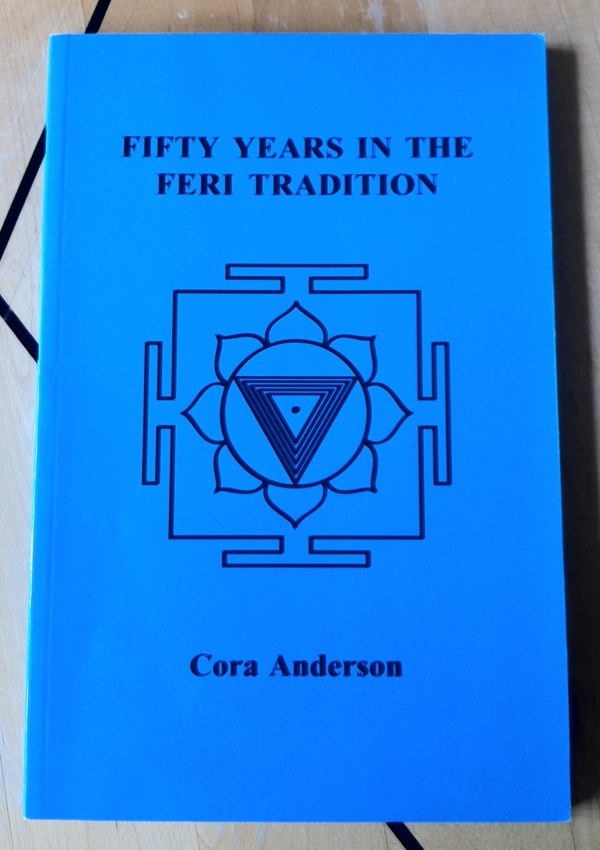 “How does one begin to write about a person you have known for almost thirty years, who has taught you their secret Craft, introduced you to the Goddess, given you their personal style and form of charms and Craft tools, set your feet upon a path that would deliver you from false religious fantasies, and opened the door of spiritual perception? Cora has been my spiritual mother and guide, and through the years has given me a love that in time grew to match my true love, that of Goddess herself.

Her name gives us a clue to her stature, Cora is one of the oldest and most enduring names for the ancient Goddess herself. Since the Goddess is the central figure in Craft theology, possessing one of her names as one’s own is in itself a great honor. However, honor is one thing and living up to that honor is quite another matter. Cora has done both.”

“The Old Craft, as sometimes it is called, has a very dangerous side inherent in its practice. The very forces used are the same ancient ones that set this universe into motion. This major point is too often forgotten, glossed over, never fully realized, or completely realized! Don’t forget the powers of Nature’s creation include dangerous ones too, like death, disease, pestilence, destruction and deterioration. Nature has her pathological side. So without a basic Craft yardstick by which to measure and separate truth from religious fantasy one is lost, dangerously lost.

Spiritual authority in the Craft rest solely upon the ability of the teacher’s art to manifest the Gods, not on a book, notoriety or fame. The authentic Craft teacher will have the distinct talent to put the student into direct contact with the Gods, and as a result create new states of awareness through dreams and visions that open the student to a higher state of himself without the use of drugs or self-denial. Dignity to the self and to sex are held in the highest degree of respect at all times. The student, for the first time in his or her journey, is acquiring that treasured yardstick, which is vital to separating the grain from chaff, truth from illusive spiritual morbidity, dignity from disgrace.” — Dennis Strand, from the Foreword

Etheric Anatomy: The Three Selves and Astral Travel by Victor H Anderson, with additional material from Cora Anderson, from Acorn Guild Press, is part of the collection at the Reading Room. (Anderson Feri Tradition materials are now from the related Harpy Books imprint.) 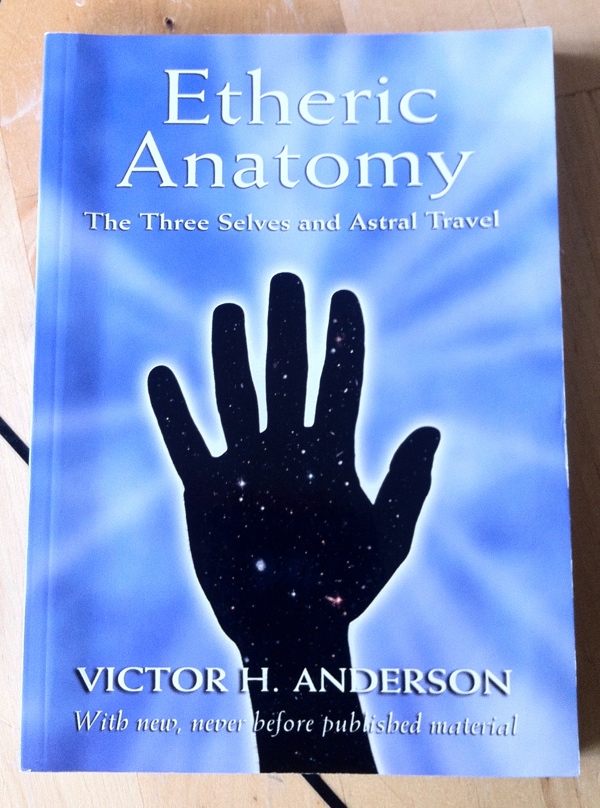 “What Every Witch Should Know

‘In order to comprehend more fully our psychic structure, it must be understood that the human being is a trinity. This is neither a metaphor nor an abstract illustration. The human soul and spirit body is made up of three definite parts or entities. Each of these three entities has its own individual and collective existence in the soul and personality, just as surely as the three atoms in a molecule of water.’—Etheric Anatomy

This volume offers the clearest explanation available on the Three Souls teaching for Witches and Pagans. Etheric Anatomy gathers rare writings by Victor and his wife, Cora, that demystify:

Etheric Anatomy contains information not found in any other book. The Three Souls teaching is the foundation of the Feri Tradition, but informs all seekers who wish to understand the nature of the self and develop their psychic skills.” — back cover

Lilith’s Garden by Victor H Anderson, introduction by Anaar, from Acorn Guild Press, is part of the collection at the Reading Room. (Anderson Feri Tradition materials are now from the related Harpy Books imprint.) 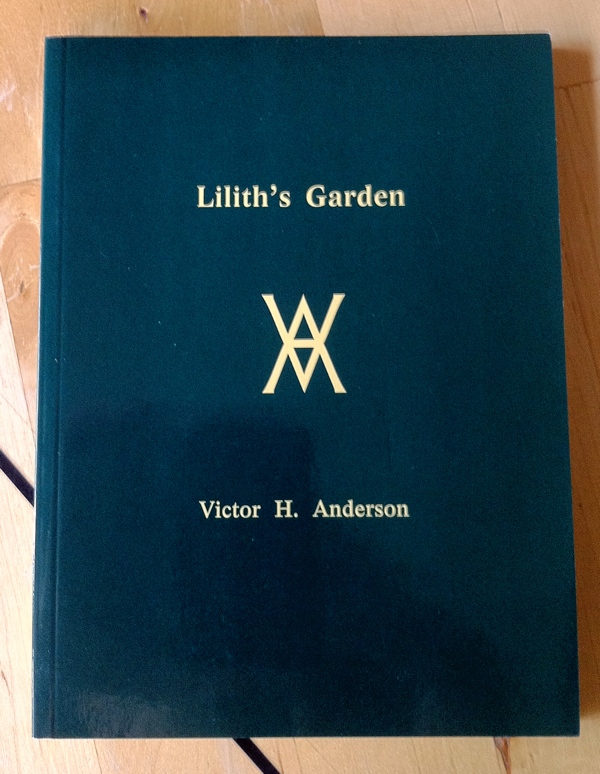 “There are many Feri lessons within his poems. Victor was a wealth of lore and historical information, a master magician, and a great rebel. But poetry was his main devotional vehicle. Poetry was his expression of a passion few could understand.

One of Victor’s main concerns regarding his teaching was that his students understand poetry. His students found that he would test them not on their knowledge of poetic form, he did not care if you knew the definition of iambic pentameter. And he would repeat his questioning until he was certain you understood. One could not get far with Victor if one did not understand poetry. 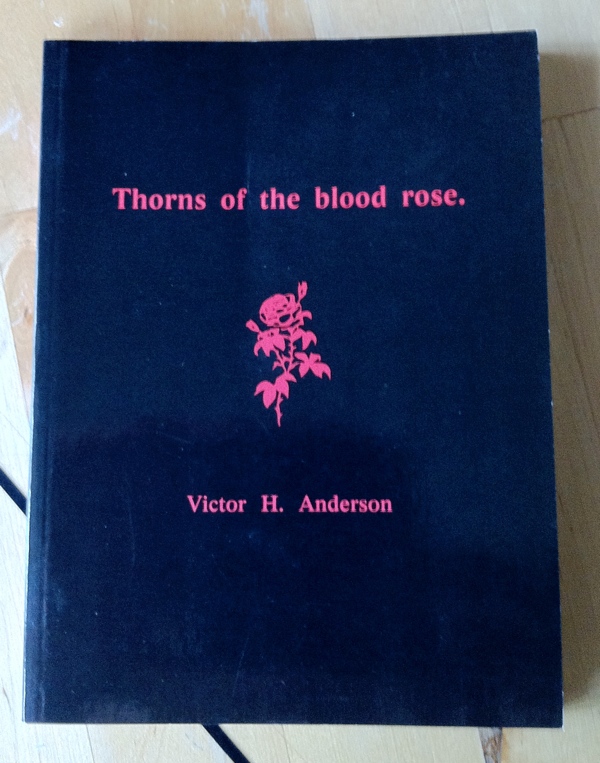