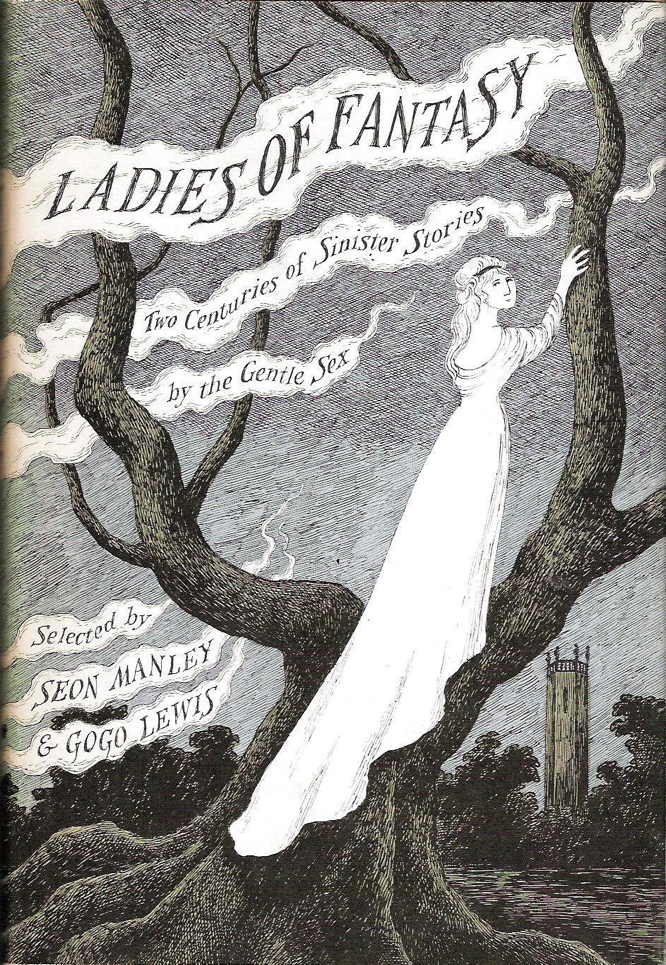 The contents of this anthology are not what would usually be marketed as “fantasy” today. They cover a century’s worth of short stories in the gothic fantasy or horror vein–but never so scary that the book didn’t serve as pleasant bedtime reading for me and my Other Reader. At least two were written by women who were also notable occultists (H.P. Blavatsky and Jane Roberts). Editors Manley and Lewis provide biographical introductions to each author, along with more such material in an appendix. The literary quality of the stories is pretty consistent, and the book provides a useful introduction to an assortment of worthy writers who might otherwise be overlooked by readers in this field. Maroney’s book has much to offer any serious student of occultism. His historical essay on H.P. Blavatsky and her successors packs a remarkable amount of information and insight into less than sixty pages. The book is published under a curious aegis; the Chaosium game company has issued it as part of their series of Cthulhiana. Accordingly, Maroney details horror fantasist H.P. Lovecraft’s attitude toward Theosophy and his interest in The Book of Dzyan. As an appendix, the book includes a “suitably abridged” text of the Hodgson report, an investigation of Blavatsky’s Adyar operations that was commissioned by the Society for Psychical Research in 1884. The report proved to be extremely damaging to Blavatsky’s credibility.

The titled feature of the volume is a set of extracts from Blavatsky’s Secret Doctrine, particularly those which claim to directly recount the contents of the Stanzas of Dzyan, from a fabulously ancient manuscript which Blavatsky cited as the source for her central theses regarding cosmogony, prehistory, and evolution. The first section, “Theogenesis,” is decidedly metaphysical. According to Maroney, Aleister Crowley claimed that his own “Liber Trigrammaton” was comparable to the Stanzas of Dzyan, and if a parallel were drawn from Crowley’s book of trigrams, it would be to this “Theogenesis.”

“Anthropogenesis” is the second section of the Stanzas of Dzyan; as Maroney notes, it “reads like the outline of a Lovecraftian weird tale, peopled with magical characters and broods of terrible monsters.” (p. 64) The volume of The Secret Doctrine devoted to “Anthropogenesis” might be most easily compared with P.B. Randolph’s Pre-Adamite Man (1888): both are concerned with an esoteric pre-history and its historical consequences. In Crowley’s writings, the closest approach made to this topic is the “aeonic” historical model of Isis, Osiris, and Horus.

Maroney writes that Crowley “regarded his own system, Thelema, as the child of the Golden Dawn and Theosophy.” (p. 47) The Aeon of Isis can reference the Theosophical Society as the province of the Matriarch Blavatsky, whose Isis Unveiled was her great doctrinal debut. On those lines, the Aeon of Osiris would be the Hermetic Order of the Golden Dawn under the Patriarch Mathers, with its Hierophant taking the god-form of Osiris. Then Crowley’s Thelemic organizing would be the Child Horus of these parents.

I recommend The Book of Dzyan as a fascinating study in the creativity of Blavatsky and her heirs. [via] Madame Blavatsky: The Mother of Modern Spirituality by Gary Lachman, who also authored Swedenborg: An Introduction to His Life and Ideas, through by Tarcher, has recently been published and which may be of interest.

“Pioneer. Visionary. Provocateur. Madame Helena Petrovna Blavatsky—mystic, occult writer, child of Russian aristocrats, spiritual seeker who traveled five continents, and founder (with Henry Steel Olcott) of the Theosophical Society—is still being hailed as an icon and scorned as a fraud more than 120 years after her death. But despite perennial interest in her life, writings, and philosophy, no single biography has examined the controversy and legacy of this influential thinker who helped define modern alternative spirituality—until now.

Gary Lachman, the acclaimed spiritual biographer behind volumes such as Rudolf Steiner and Jung the Mystic, brings us an in-depth look at Blavatsky, objectively exploring her unique and singular contributions toward introducing Eastern and esoteric spiritual ideas to the West during the nineteenth century, as well as the controversies that continue to color the discussions of her life and work.” [via]