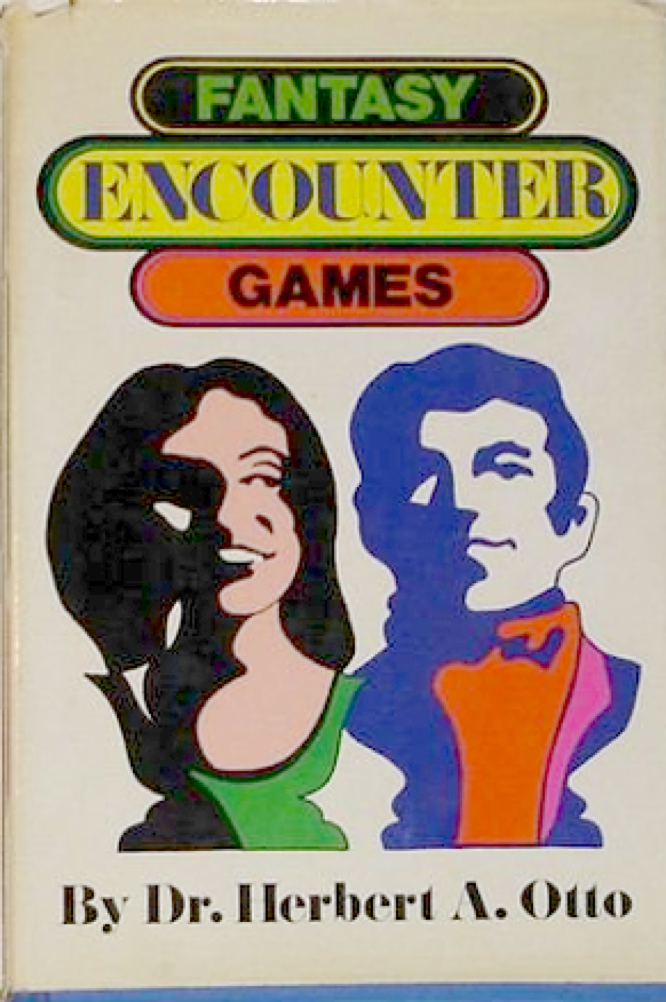 This little book is a “how-to” for dozens of activities that are intended to be entertaining and enlightening. Most of the games are conversational, although some involve non-athletic physical activity. They were documented in the early 1970s on the basis of experimentation and research at universities and “growth centers” associated with the human potential movement. Although they are called “encounter” games, a significant subset of them are susceptible to individual play, and a few of them seem primarily intended for such. The main divisions of the games in the book are games for two, sensory games, and group games.

Dr. Otto’s volume invites comparison with a similar book published at about the same time: Mind Games by Robert Masters and Jean Houston. Two chief characteristics distinguish the latter from the former. First, Masters & Houston take the cultivation of trance as essential to their game process, whereas Otto does not discuss that dimension at all. He only characterizes “fantasy” by comparison to and contrast with sleeping dreams and daydreams, writing that it is an expressly “conscious” use of imagination. Second, Mind Games is explicitly structured around a goal of gradually more profound and non-ordinary experiences, with games sequenced for effect. Otto’s book does include some games that are flagged as “advanced,” where players are advised not to attempt them until succeeding with some other games first, but there is nothing like the tightly structured curriculum, nor the sense of theoretically-driven system, evident in Mind Games. Throughout Fantasy Encounter Games, there is a hydrodynamic metaphor of consciousness. Dr. Otto writes frequently of the “flow of fantasy” or the “total fantasy stream.”

There is a fair amount of inadvertent entertainment value for 21st-century readers. The book is pervaded by an uneasy accommodation of popular culture and youth vernacular, shown in the deployment of terms like “cop-out,” “grooving,” “out of sight,” and “freak out.” Dr. Otto also sometimes includes bizarre little practical instructions that seem to imply a substandard real-world functioning among his readers. For example, in “The Fantasy News Game,” he advises players that radio broadcasts news “every half-hour or on the hour on most stations.”(29) In another game where he recommends using a timer, he counsels that “Egg timers are available for a small sum at most variety stores.”

Some of these games might be useful ancillary activities for small groups who are usually involved in more “serious” activity, such as business development, charitable work, or occult study.