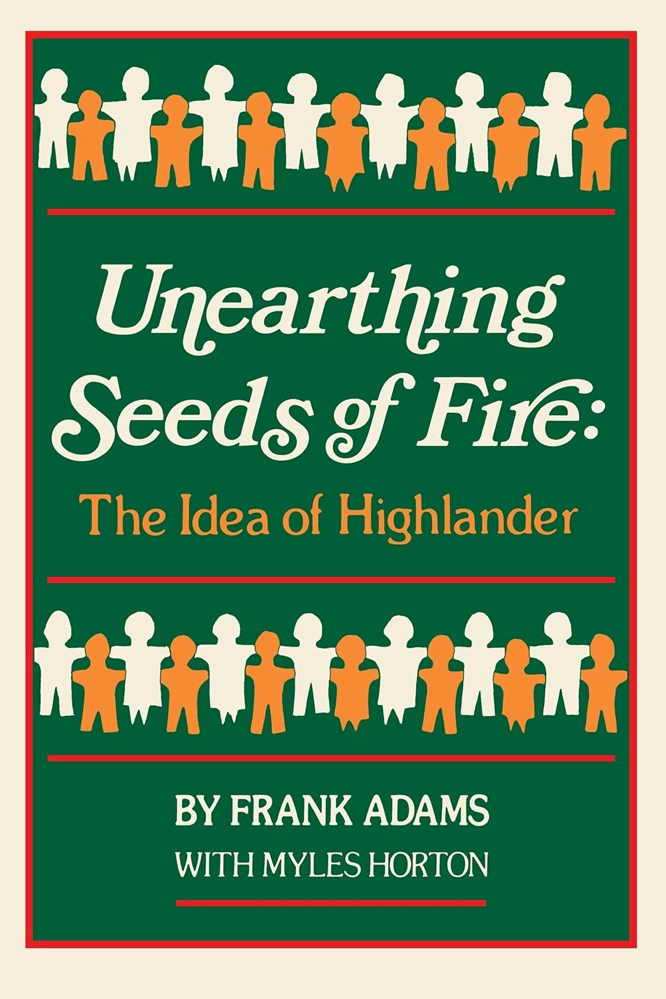 Unearthing Seeds of Fire is a biography of Myles Horton and an account of the Highlander Folk School that he founded. Highlander is a critical part of the history of the labor and civil rights movements in the US, fostering (rather than engineering, as its detractors would claim) progressive social change and the organization of oppressed and marginalized elements in American society. Highlander’s statement of purpose — cited by the IRS as a violation of its nonprofit educational status — reads: “Our purpose is deliberately to use education for the realization of certain social and cultural values. We do not consider other education any less propaganda, because its teachers are ignorant of the fact that they are supporting an unethical status quo, than our approach which consciously seeks to bring about a more just social order.” (194)

Horton was clearly able to combine his notion about the “leavening” role of the intellectual in society with his democratic and egalitarian ideals in powerfully productive ways. His early anti-racism was cultivated in the YMCA, but it required the innovative setting of Highlander (inspired by the Danish folk school movement) for him to realize what modes of “education” would be effective in supporting social change. Ideas from Highlander according to author Frank Adams’s descriptions include: a) programmatic avoidance of paternalism, b) placing values before tactics or associations, c) the use of music to reinforce and promote cultural solidarity, and d) preferring personal and domestic styles to institutional ones.

The evocative title of this book seems to allude to the ancient Gnosis and the Manichean idea of divine sparks imprisoned in human beings. (The original Gnostic doctrine is however anti-egalitarian, insisting that most “seeds” don’t sprout, and that humans can be divided into spiritual castes on that basis.) Adams never gives his source for the phrase “seeds of fire,” although he uses it once — in quotation marks — toward the end of the book. (214) In that instance, he is characterizing group problem-solving of the oppressed for themselves, contrasted with the uselessness of conventional educational media to empower others from above.

Adams wrote this volume while he was himself engaged with Highlander and attempting to learn its methods. It is full of startling anecdotes and information about the impressive level of involvement by Highlander with some of the most consequential social changes in 20th-century America.