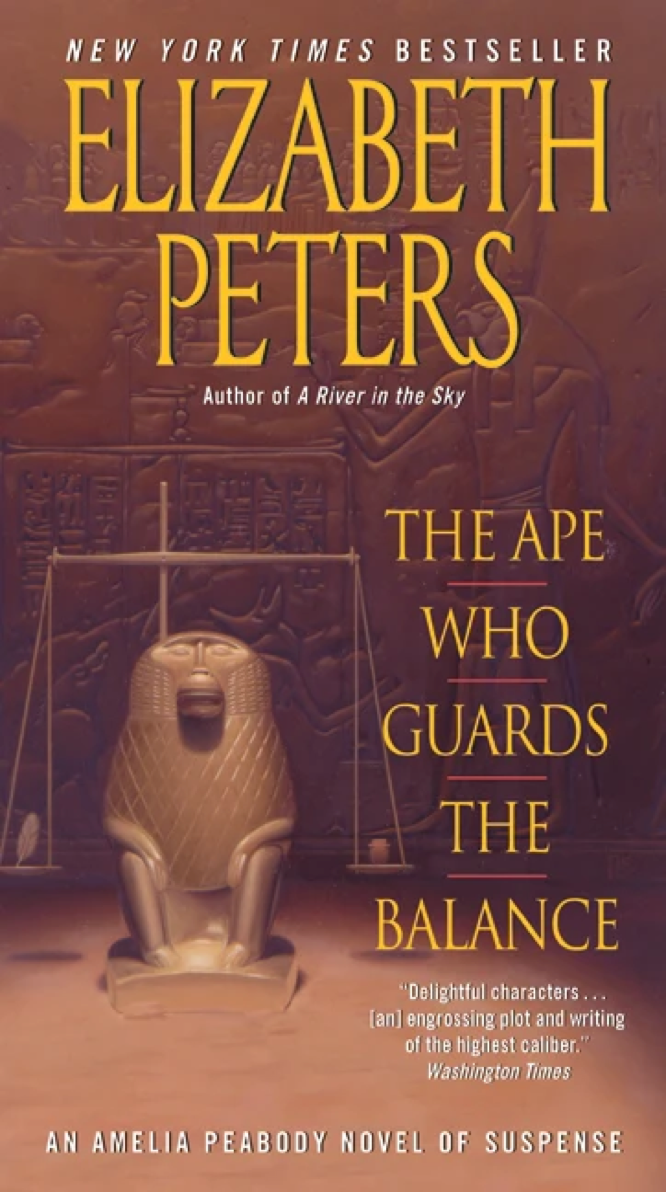 In this volume of the fearsomely-long Amelia Peabody series, the second-generation Peabody-Emersons are no longer children. They are even given their own voices as narrators in the interspersed documents designated “Manuscript H” (Ramses, evidently, though he writes of himself in the third person), and “Letter Collection B” (Nefret). The majority of the text remains Amelia’s journal, although given the growing centrality of the younger characters, she is increasingly “Aunt Amelia.” More than many of the other books in the series, this one is anchored in previously-developed characters and plot strands. I don’t know if I have much confidence that it would read well as a stand-alone novel.

After a fairly lively start involving a theft in England and the attempted abduction of Amelia herself, the bulk of the book takes place in Egypt. The archaeological focus is in the Valley of the Kings, with the Emersons somewhat sidelined by the antiquities establishment. There are kidnappings and murders, and the perpetrators and motives remain obscure for much of the book, with some perplexity resulting from the numerous past villains at loose ends in the Emersons’ world.

There’s a little more action and violence here than the average Peabody book, and plenty of humor — also, some heartache and sorrow. It’s definitely worth the read for someone who has enjoyed earlier volumes in the series.