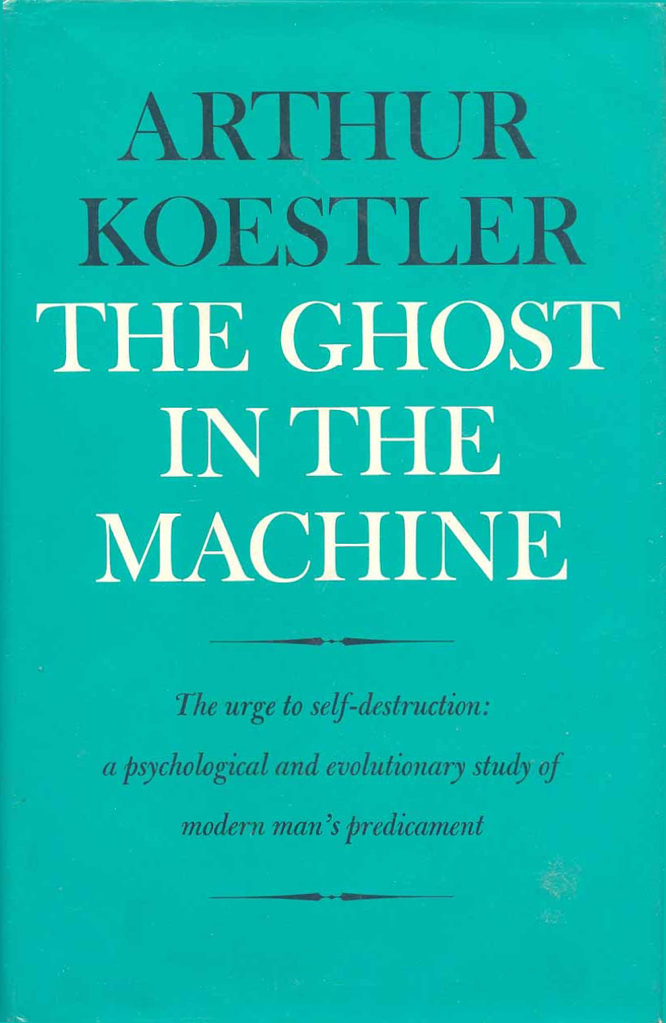 Arthur Koestler’s The Ghost in the Machine is offered as a somewhat downbeat counterpart to his immediately previous book The Act of Creation, which I have not read. It is, however, startlingly similar to Gregory Bateson’s Mind and Nature: A Necessary Unity. Although Bateson is putatively the more scientifically highbrow of the two authors, Koestler covers almost all of the ground that Bateson does with respect to systems theory, morphogenesis, and evolution, but provides much additional reflection on psychology and politics. Also, Koestler’s style is more accessible. Where Bateson offers a generalization of Russell’s theory of logical types to discuss interrelationships among systems, Koestler uses the hoarier and more approachable nomenclature of hierarchy. Koestler is also considerate enough to provide a few paragraphs of review at the end of each chapter.

In this book, the author sets out to antagonize the mechanistic paradigm of science, and in particular its expression in psychology’s behaviorist school and its progeny. He offers in contrast his theory of “Open Hierarchical Systems” (O.H.S.), which he also codifies in an appendix. He also discusses the importance of what he calls paedomorphosis (163 ff), which commends itself particularly to the attention of those who recognize the Aeon of the Crowned and Conquering Child. There is even a convenient iconic encoding of the O.H.S. concepts: “the tree, the candle and the helmsman,… the two faces of Janus … and the mathematical symbol of the infinite” (220-1).

The final section of the book is certainly the most provocative. In some ways, it is rather dated, having been written in the throes of the Cold War. But the predicaments that Koestler tries to address — the age-old patterns of human societies regressing into repressive ignorance and tribal conflicts superseding human identity, along with the anxieties of today’s “air-conditioned nightmare” (327) and the approach of human populations and power to a vertical asymptote (the latterly-dubbed “singularity”) — have hardly been resolved. He suggests that these may be symptoms of defective neuroanatomy, and rather than allowing our species to be scrapped so that some other post-primate might develop a more coordinated brain and more enduring societies, he proposes that humans should develop and apply the psychopharmacopoeia needed to produce homo sapiens from homo maniacus (339).

In that conclusion, he ends up pitting himself against Aldous Huxley, but the conflict between their respective pharmacological futurisms is not nearly as clear-cut as Koestler seems to make it out to be. “The psycho-pharmacist cannot add to the faculties of the brain — but he can, at best eliminate obstructions and blockages which impede their proper use,” writes Koestler (335). I’m not sure that Huxley would disagree. Koestler dismisses “mystic insights” as being alien to the human psychic constitution, rather than the product of its proper exercise. I suppose Koestler would be disappointed to find that 21st-century psychiatry has indeed greatly developed psychopharmacology, but with an emphasis on individual pathologies still rooted in a mechanistic behaviorism in organicist drag.

In any case, I enjoyed this book at least as much on a second reading, even as it has become more dated. It made an excellent sequel to my re-read of the Bateson volume, and the next title in this eccentric curriculum will be a jump forward to Jeremy Narby’s The Cosmic Serpent: DNA and the Origins of Knowledge. 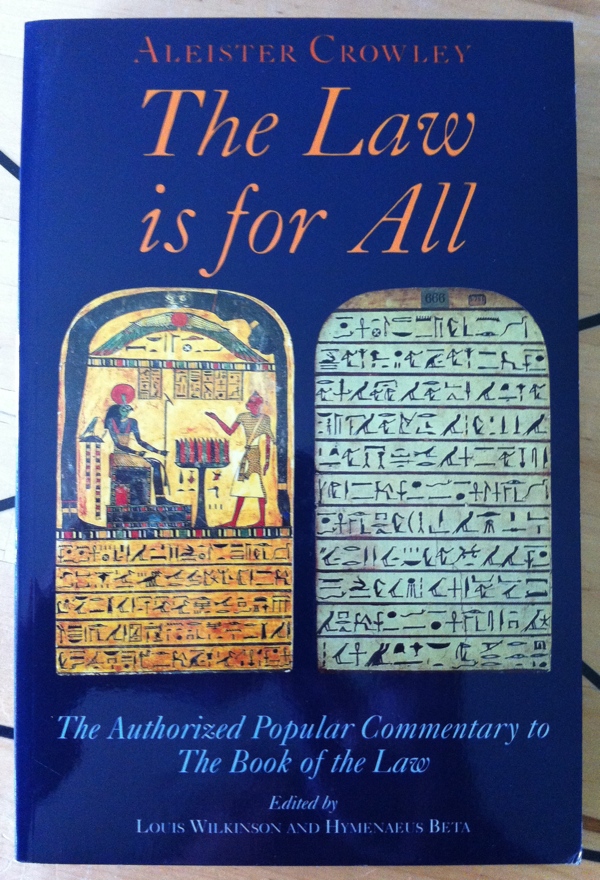 You may be interested in Human, All Too Human: A Book for Free Spirits by Friedrich Nietzsche, recently released over at Project Gutenberg.

“All philosophers make the common mistake of taking contemporary man as their starting point and of trying, through an analysis of him, to reach a conclusion. ‘Man’ involuntarily presents himself to them as an aeterna veritas as a passive element in every hurly-burly, as a fixed standard of things. Yet everything uttered by the philosopher on the subject of man is, in the last resort, nothing more than a piece of testimony concerning man during a very limited period of time. Lack of the historical sense is the traditional defect in all philosophers. Many innocently take man in his most childish state as fashioned through the influence of certain religious and even of certain political developments, as the permanent form under which man must be viewed. They will not learn that man has evolved, that the intellectual faculty itself is an evolution, whereas some philosophers make the whole cosmos out of this intellectual faculty. But everything essential in human evolution took place aeons ago, long before the four thousand years or so of which we know anything: during these man may not have changed very much. However, the philosopher ascribes ‘instinct’ to contemporary man and assumes that this is one of the unalterable facts regarding man himself, and hence affords a clue to the understanding of the universe in general. The whole teleology is so planned that man during the last four thousand years shall be spoken of as a being existing from all eternity, and with reference to whom everything in the cosmos from its very inception is naturally ordered. Yet everything evolved: there are no eternal facts as there are no absolute truths. Accordingly, historical philosophising is henceforth indispensable, and with it honesty of judgment.”

Of course, you may also be interested in Friedrich Nietzsche, The Vindication of Nietzsche, Discourse on the Eighth Article, Julius Evola: Theosophy and Beyond, OZ: Liber LXXVII, & c.