Hermetic Library Fellow T Polyphilus reviews How to Win in the Chess Openings [Bookshop, Amazon, Publisher] by I A Horowitz. 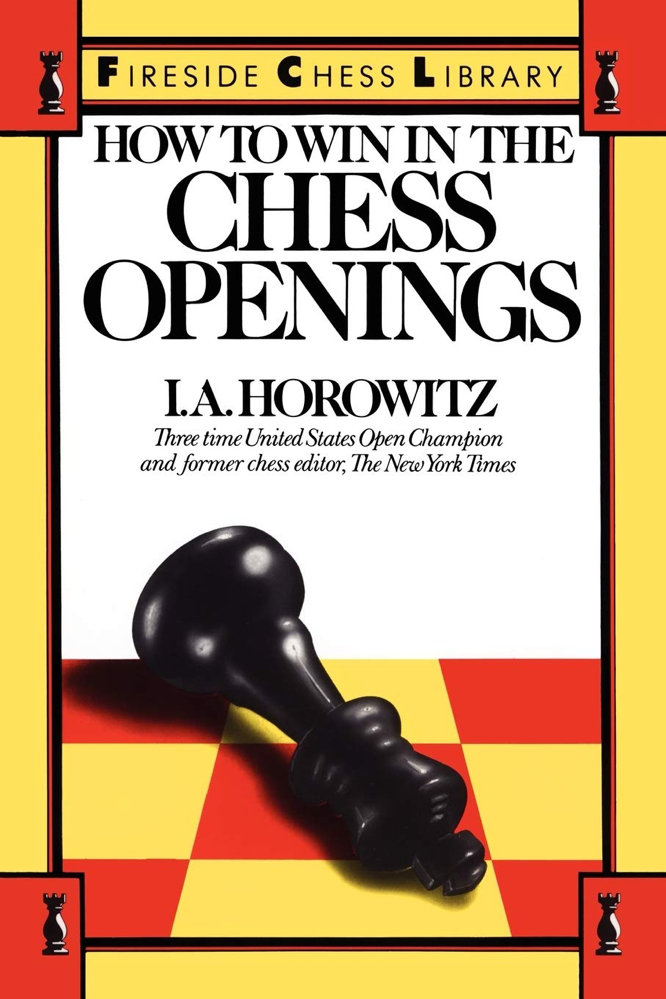 Of course, no one “wins” in an opening as such, and Horowitz wished in his foreword that marketing considerations would have allowed him to call this book How to Understand the Chess Openings. It is a sound resource for readers just getting their feet wet in chess strategy. He discusses the general principles that inform the openings in modern chess, after which each chapter is devoted to a specific opening or variant. Horowitz uses descriptive notation with ample diagrams, and provides very detailed discussion of the motives for each move.

A typical chapter includes a principal game to set forth the clinical logic of the opening, followed by one or more further examples in “movie” format, i.e. richly diagrammed, if more sparsely commented. Horowitz presents two of his own games among the chess movies, referencing himself in the third person, but mostly keeping to “white” and “black” for the players, unlike his usual movie narrative style.

Ten out of thirteen openings/variants treated are King Pawn openings, despite Horowitz’s remark that “The unostentatious move 1 P-Q4 is nowadays considered the most effective way of beginning a game of chess. This is evinced by a preponderance of Queen Pawn games in modern master tournaments.” (136) A single chapter treats the Queen’s Gambit Declined, and the remaining two chapters are concerned with hypermodern openings that yield the center: the Reti (typically begun with N-KB3) and the English (P-QB4).