under the veil of secrecy, dangerous plans and harmful teachings can be accepted just as well as noble intentions and profound knowledge; because not all members themselves are informed of such depraved intentions, which sometimes tend to lie hidden beneath the beautiful façade 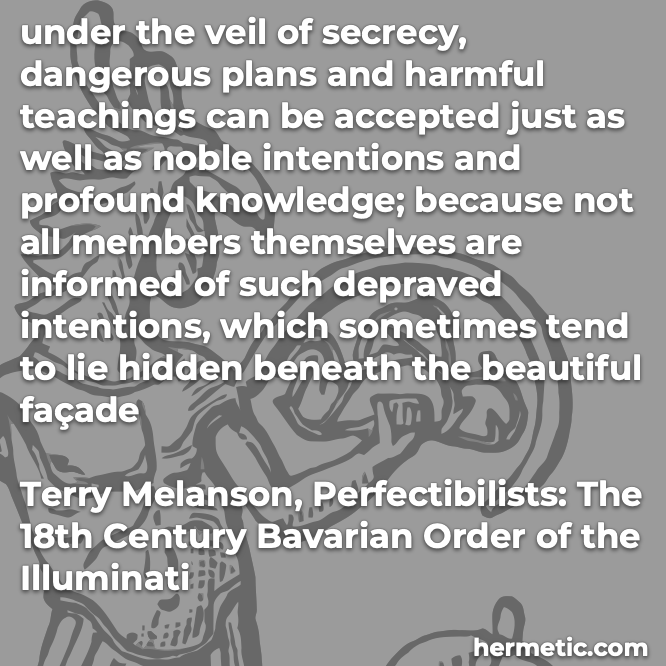 But, generally speaking, then, as now, those who joined a lodge for the purpose of having some very important secrets revealed to them, were sadly disappointed, for besides the external ceremonies and forms, which they were sworn not to reveal, and which were of no further importance, they were informed of nothing which would have been worth revealing. 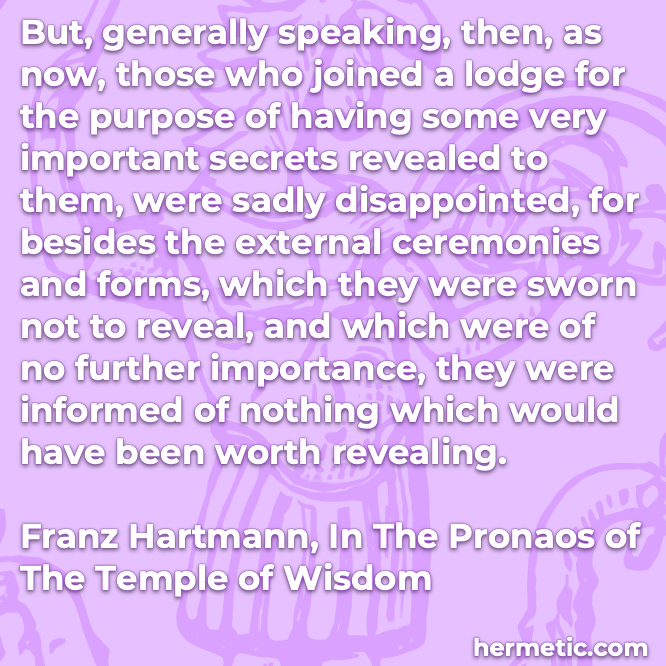