Ingeborg Svea Norden reviews The Rites of Odin by Ed Fitch in the archive of Bkwyrm’s Occult Book Reviews. 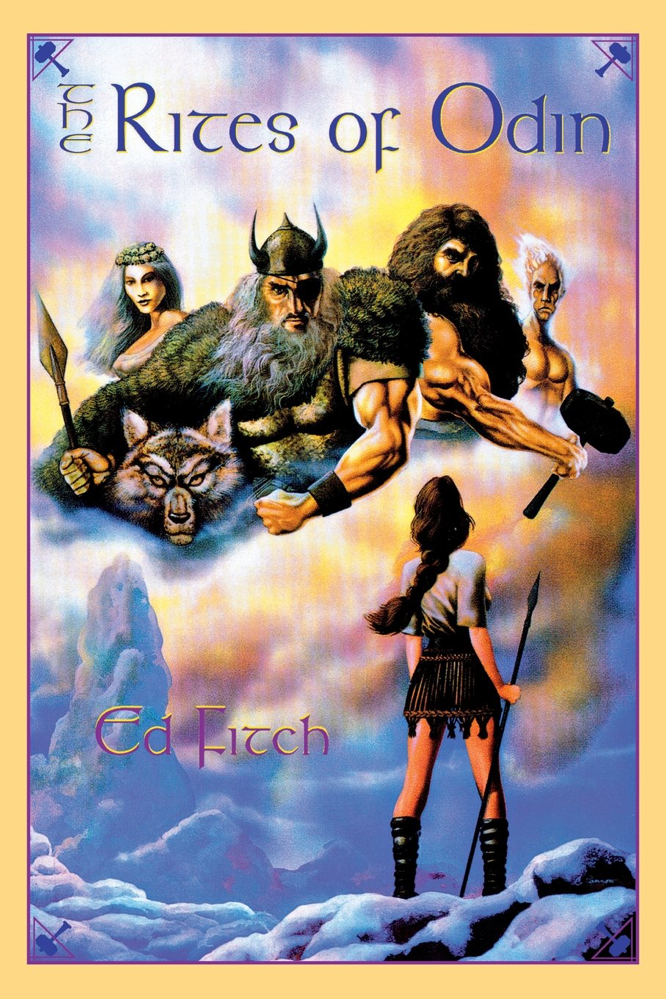 Made-up runes, calls to the elements, Christian and pagan elements mixed willy-nilly–plus a lot of the author’s personal agenda, like the idea that pagans should feel bad about not getting married and having kids. If this is what real Asatruar are supposed to believe, it’s no wonder that outsiders confuse them with Nazis, Wiccans, or New Agers. 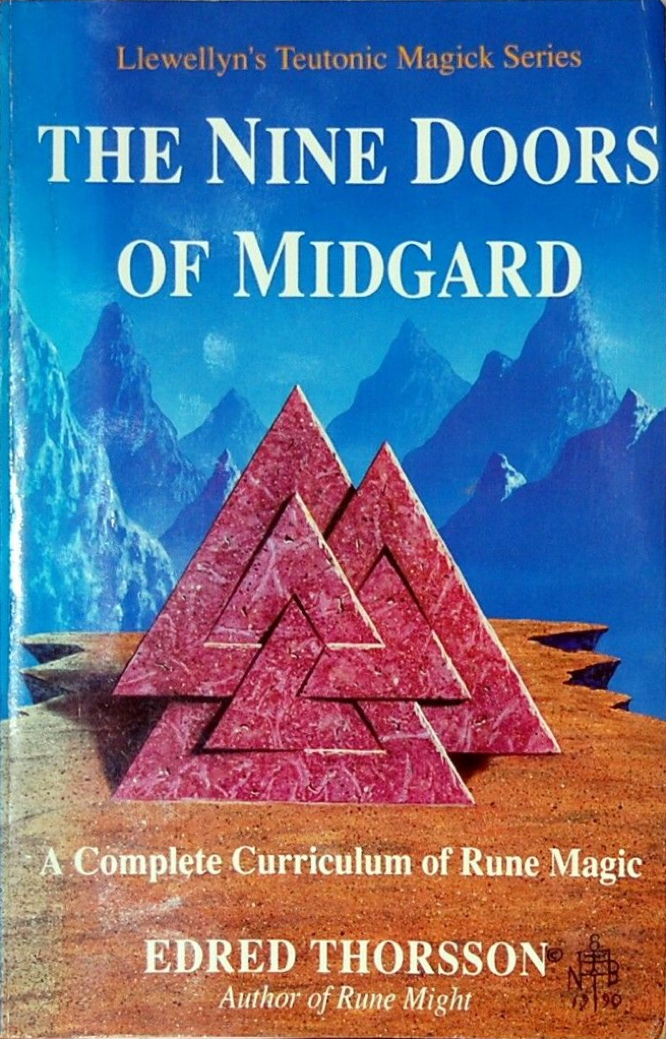 The Masks of Odin: Wisdom of the Ancient Norse, translated and commented on by Elsa-Brita Titchenell, reviewed by Ingeborg Svea Norden, in the archive of Bkwyrm’s Occult Book Reviews. 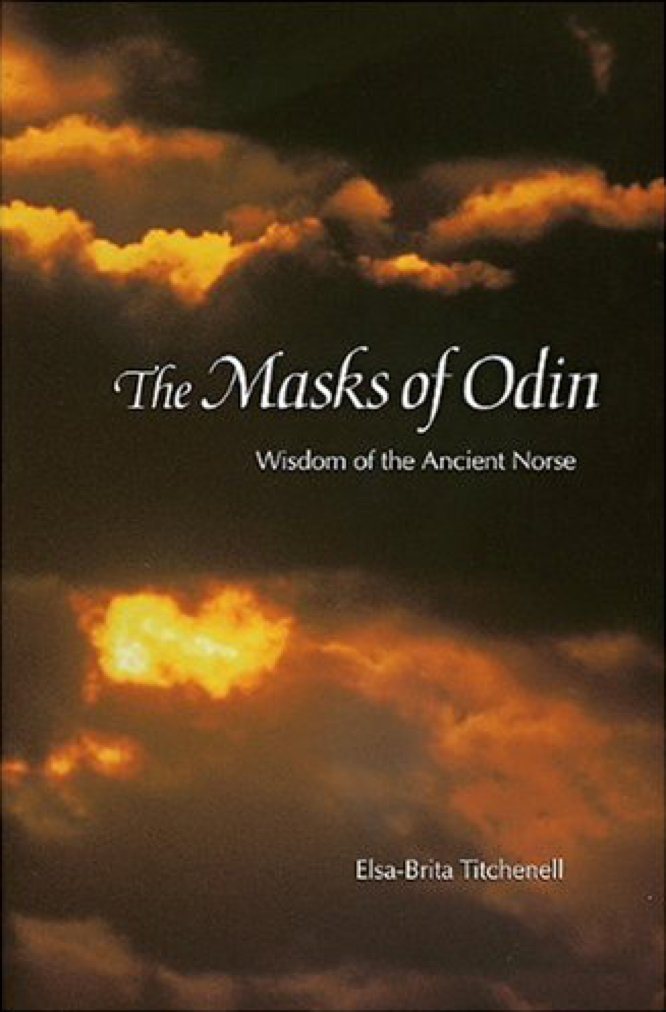 A native Scandinavian should be able to translate the Poetic Edda very well–at least, that’s what readers expect. Unfortunately, Titchell doesn’t measure up. Not only does she insist on putting a Theosophical spin on her translations (East meets North–UGH!), but she renders the proper names in a confusing mixture of Old Norse, English, and Swedish. One kindred that I hoped to join had this book on its required reading list; after buying and reading this book, I had second thoughts about joining. (Anyone who can’t accept Norse philosophy on its own terms shouldn’t write or teach about it!) 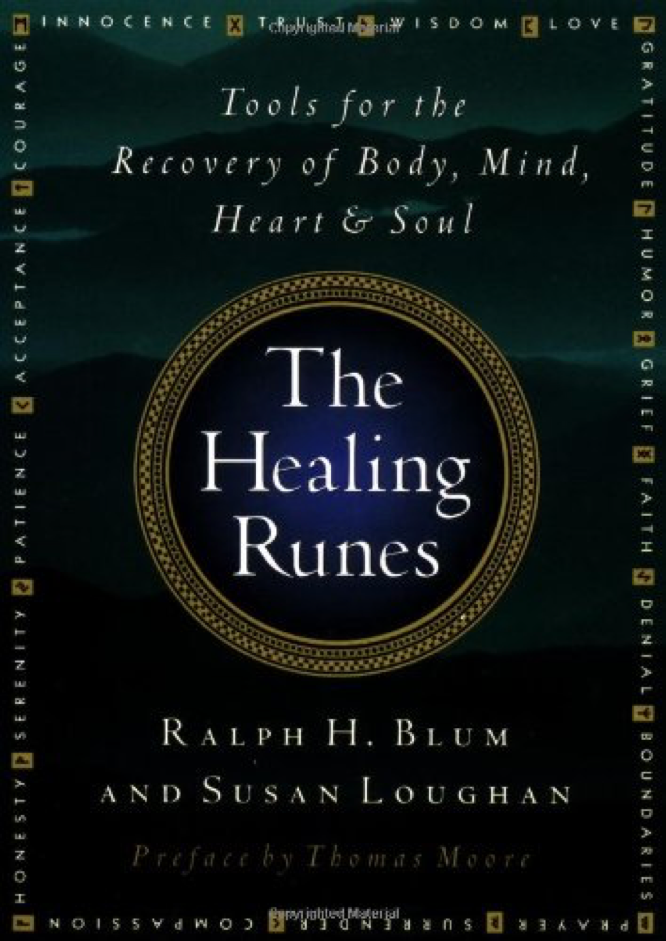 Yet another book in the same vein as his previous two; he produced it with the help of a Christian minister, which should give you some idea of how seriously he takes Germanic pagan beliefs. The only good thing about it is the cheap rune set that comes packaged with the book. If you’re a rune reader who desperately needs to replace a lost set, buy this book–then throw it away and keep the runes.

Ingeborg Svea Norden reviews The Book of Runes: A Handbook for the Use of an Ancient Oracle: The Viking Runes with Stones: 10th Anniversary Edition by Ralph H Blum in the Bkwyrm archive. To people seriously interested in the runes, this one has become infamous. The research is way out in left field, depending heavily on non-Germanic religious texts and Blum’s personal experience with divination. Most other authors I’ve read would disagree violently with his interpretations of the runes: his notes on Thurisaz, for instance, say the exact opposite of Gundarsson’s or Aswynn’s. Maybe one of my current rune students had the best idea: “When I get home, I’m throwing that book in the trash!” Blum is also the author of “Rune Play,” which is just as bad as his first book. This book says little about runes as such; it’s mostly rituals, plus some comments on the gods and on the problems that Norse pagans have to deal with in the modern world.

My main problem with this one is Gundarsson’s choice of language: First, he insists on calling the gods by their Old High German names, instead of the familiar Norse ones he used in _Teutonic Magic._ (A typical newcomer to Germanic paganism would not know that “Frija” is actually Frigg, and “the Frowe” mean Freya!) Second, the rituals themselves (and even a few spots in the main text) are full of revived “Germanic English” words that few non-linguists would recognize or use. A priest who had to check a glossary every three minutes would spoil the atmosphere at a large Heathen gathering, to put it mildly. Other than the language problem, though, Gundarsson’s second book is as well-researched and thoughtful as the first. He does his level best to convince people that Asatru is spiritually valid and relevant in the present-day world. 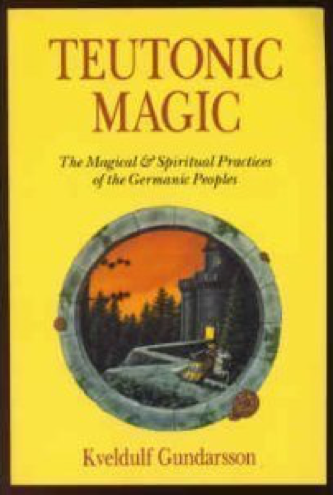 This man knows his subject better than anyone else I’ve read so far. (He recently completed a graduate degree in Teutonic studies at Cambridge; he has also done plenty of field research in Scandinavia, England, and Germany.) Besides, Gundarsson can write! Other authors have written commentaries and guided meditations on the runes, but his feel three-dimensional; people can tell that he has had some experience with theater and ritual drama. He also makes excellent comments on the gods, on non-runic symbolism in Germanic magic, and on integrating Asatru philosophy with modern life. Only a few mistakes – which Gundarsson discovered AFTER the book was published – keep this book from earning a full four-star rating. His interpretations of two specific runes (Elhaz and Ingwaz) were heavily influenced by his mentor Edred Thorsson’s. So was his interpretation of the Valkyrie as a guardian angel/Higher Self figure, which does not mesh with actual pagan texts. With those reservations in mind, I still recommend Teutonic Magic heartily. 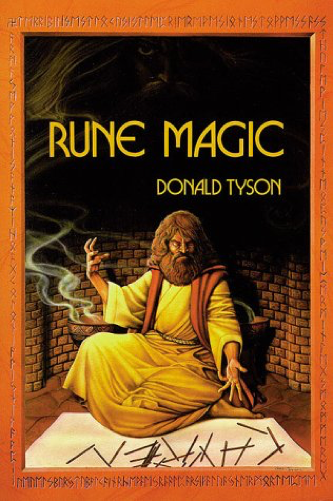 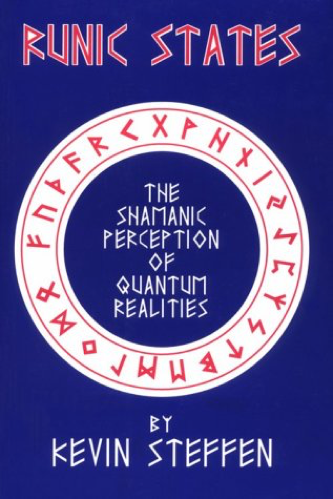