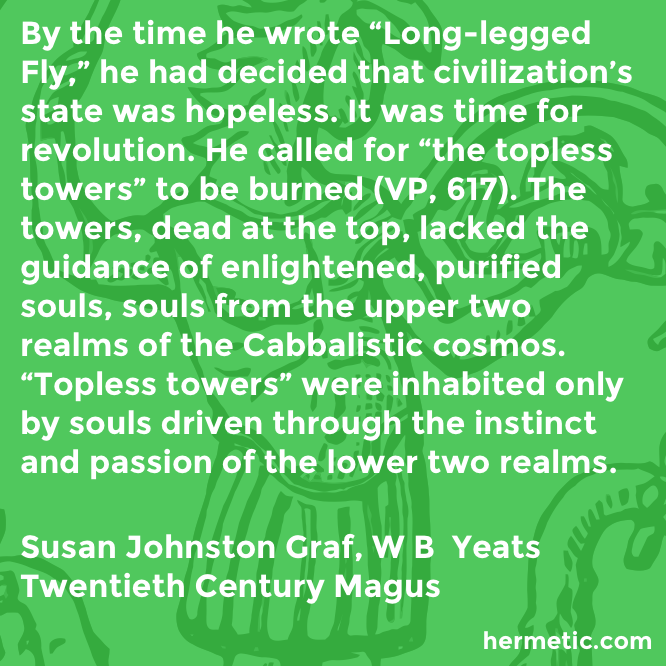 “While the four major existential fears of annihilation and death, responsibility and freedom, aloneness, and meaning, (Existential Psychotherapy, Yalom) are the fears most deeply rooted in the ego (Assiah/Malkooth) and can be said to be a result of the transient nature of the Elements from which it is created, these conflicts are not the result of internal instinctual strivings, or of encounters with our internalized images of significant adult authority figures during the infantile stage of our development (as in Freudian work), but with inescapable givens of our existence in the world.” [via]

“The KA of the Ritualist was thus at high tension acting upon its counterpart the concave germ in the AB (heart) or vessel of conscious desire; this reacts upon the HATI (Instinctive habit) or unconscious executant.” [via]

“At school I had passions for poetry and chemistry. I had an instinct for chess; experience rapidly proved my ability. I never lost to anyone until—at Cambridge—I met H. E. Atkins, seven years running amateur champion of Britain.” [via, also]

“The HATI is always spoken of in Egyptian texts as associated with the AB or Heart. Just as we, in our conversation, often confuse and combine our instinct and will.” [via]