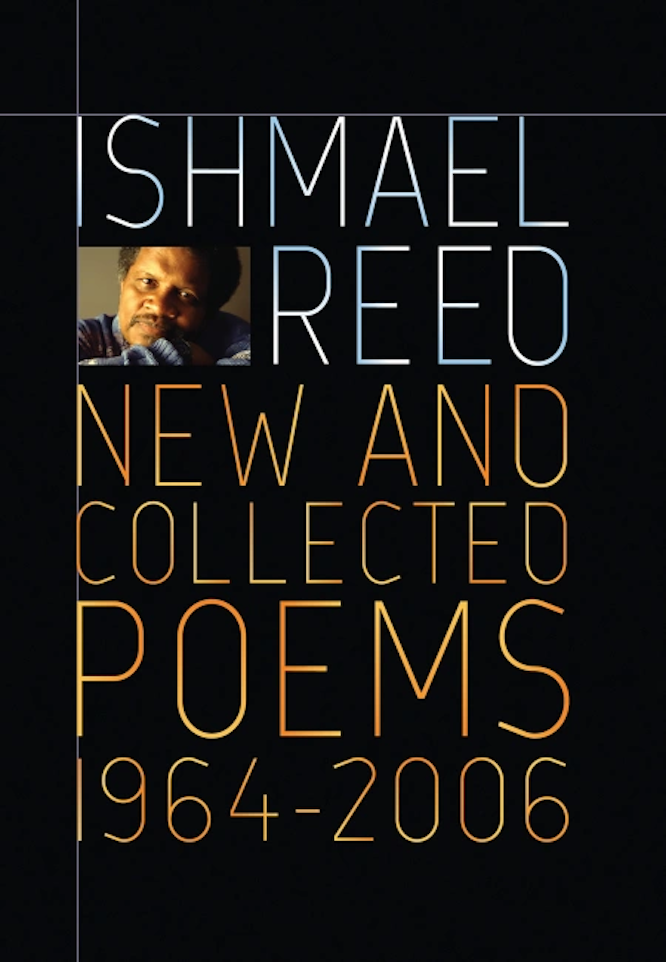 When I was in high school, a critical aside comparing Shea and Wilson’s Illuminatus to Ishmael Reed’s novel Mumbo Jumbo brought me haphazardly to a public library copy of Reed’s first poetry collection Conjure, which excited me to the point of photocopying nearly a third of it — after resisting the temptation to steal it outright. For about twenty years thereafter, Reed’s work motivated myriad unrewarded searches on my part among the poetry shelves in used bookshops across the country. In 2006, the volume of Reed’s New and Collected Poems 1964-2006 supplied me with the full contents of Conjure, as well as the interim volumes Chattanooga, A Secretary to the Spirits, and Points of View, and a further collection of poetry more extensive than any two of the earlier books combined.

Conjure still includes several of my all-time-favorite short poems: “There’s a Whale in my Thigh,” “The Piping Down of God,” and “Dragon’s Blood.” According to the author’s micro-vita appended to this volume, “Beware: Do Not Read This Poem” is also an all-time-favorite of literature instructors. Perhaps the best and most representative poem of this earliest set is the exquisite “I am a Cowboy in the Boat of Ra,” a houngan’s brag rebuking Christian tyranny with a mixture of Wild West and ancient Egyptian imagery.

The later materials continue in the same vein, with a tiny bit less anger and a little more sorrow, but Reed’s sense of humor is undiminished. Although he no longer foregrounds the blazon of his school of Neo HooDooism, his methods and aims seem quite consistent with what came before. In the later work, his awareness of the (already much-realized) possibility that his poems would serve as musical lyrics more often leads Reed to use repetitive chorus forms and traditional structures, but even in the early pieces, there is a vivid aural sensibility that constantly tempts to reader to declaim them aloud for the benefit of their full force.

Reed insists that his poetry is not theological in its aims, despite its use of various non-Christian and counter-Christian tropes and images: “The key lesson that I do take from Yoruba religion is from the parable in which a traveler finds himself in a strange country, away from his gods, and the only god that he can depend upon is his own mind” (xix). But he makes no such disclaimers regarding politics. A political piece among the more recent work that I found especially striking as an expression of its own time was the 2001 “America United” (362-372). And one that read with eerie irony in the light of current events (police violence in late October 2011) was “Let Oakland Be a City of Civility” from 1999 (341-345).

After the recent poems, the book concludes with an opera libretto Gethsemane Park, and a prose narrative “Snake War” based on a translation of an excerpt from Fungawa’s Igbo Olodumare (The Forest of God). The former is a sort of Godspell-like displacement of gospel events into the modern American city, in which Jesus is not a human hero but a discorporate orisha.

In an untitled verse from 1992, Reed wrote: “Ever get the / Feeling that your past / Is a hunter who knows the / Woods better than you” (327). In fact I do, and this four-decades-plus collection goes a way toward demonstrating why Reed might as well. 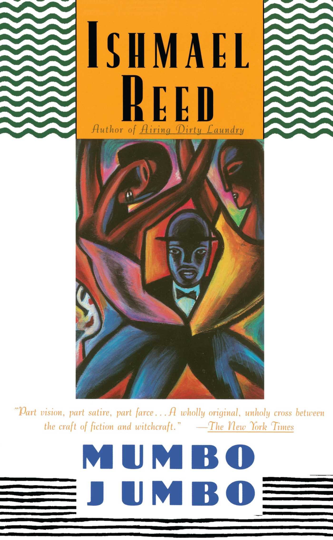 This is a very interesting esoteric conspiracy novel written from an African-American perspective – the Prince Hall Illuminatus Trilogy, if you will – and it is certainly significant that they were written at about the same time. Mumbo Jumbo deals with Harlem in the Twenties, the birth of Jazz, dirty dancing, Voo-Doo, the Templars, ancient Egypt, Secret Societies, Shadow Governments, and any number of other endearing subjects. The treatment is highly original and makes this well worth dipping your head into. 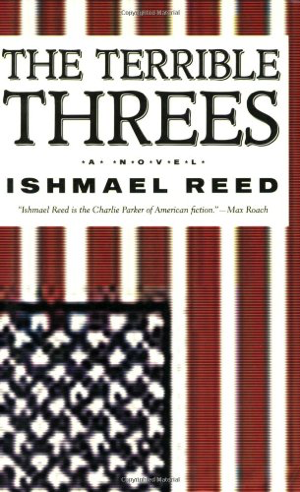 I read Ishmael Reed’s The Terrible Twos some twenty years ago, and this sequel to it picks up with very little pause. So I guess I wasn’t an ideal reader in this case. This surreal satire, mostly about US politics and religion in the 1990s, written in 1988, is still hilarious. The ways in which Reed fails as a prognosticator are in some measures consoling, and in others alarming. One that particularly stood out for me was the vilification of Ronald Reagan by the Neo-Christian successors to the Republican Party, on the grounds that he was a liberal who bargained with the Soviets. In our “real” world, of course, Reagan was a “liberal” according to the standards of 21st-century politics, but he is still the beloved saint/mascot of the ever more reactionary Republicans.

The book is an incredibly fast read, full of thinly-disguised parodies of public figures and clever twists on cultural tropes. It is also, like its predecessor, a Christmas story. Reed points out that the name “Dickens” actually comes from “Nicholas” somehow, and he makes a fair try at redeeming an assortment of characters more vile than Ebeneezer Scrooge. But in the end, things still look to be deep in “the Terribles,” i.e. the episodes of public shock that commenced with the assassination of President Kennedy. Aye, they are that. [via] 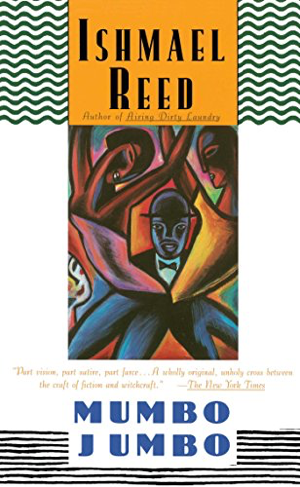 THE Neo-Hoodoo conspiracy yarn. Imagine if Dan Brown were a poet into jazz music and trance evocation. More necessary than ever. [via]