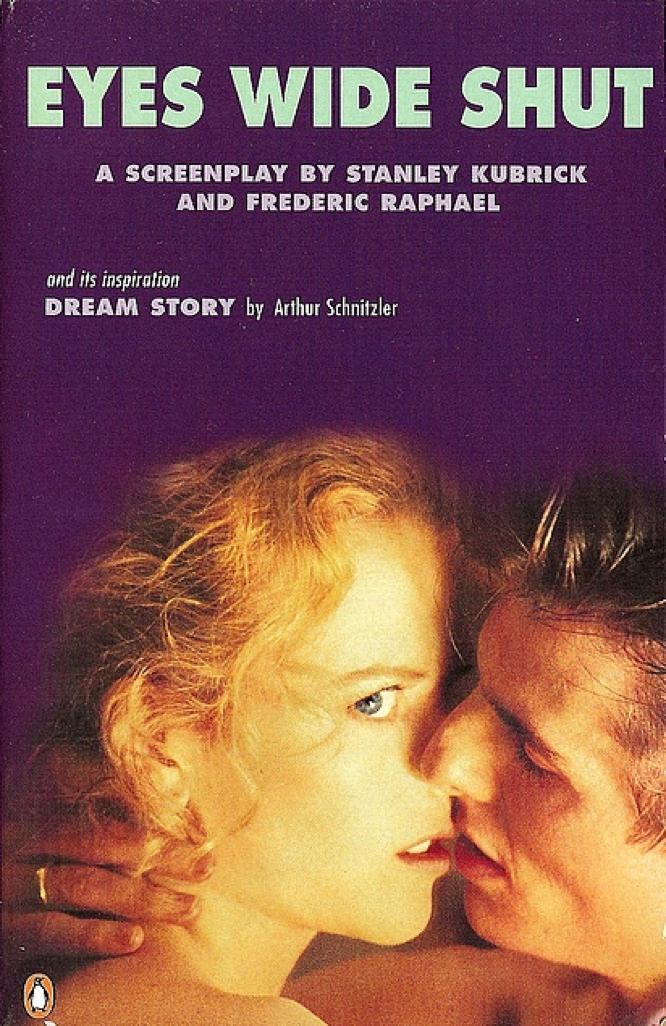 The screenplay for Eyes Wide Shut in this volume seems to exactly correspond to the film as released, which makes me suspect that the text was actually conformed to the final cut of the movie. Of course, since Kubrick was the director, he was in a position to “enforce” the screenplay, but in any case, those curious for unscreened ideas from writers Kubrick and Raphael will be disappointed.

The script is bound with Arthur Schnitzler’s novel Dream Story, of which it is in fact a rather faithful adaptation, transposing the narrative from its original setting of Vienna in the 1920s to New York City in the 1990s. There is no editorial apparatus or commentary to assist the reader in any contextualization or comparison of these two documents.

Schnitzler’s novel has been alternately viewed as an precocious piece of Continental modernism, or as an advanced item of Viennese decadence, and it has features to credit either classification. It is certainly informed by the ideas of Freud, with whom Schnitzler had a significant dialogue. The doctor Fridolin (Bill in Eyes Wide Shut) is furnished with ample realism in the details of his medical practice–easily written by Schnitzler who himself had had a career as a physician before dedicating himself to writing.

Schnitzler’s story is more explicit about the protagonist’s confused hostility toward his wife, whereas the screenplay does a better job of communicating a pervading atmosphere of menace. The endings of the two versions also strike somewhat different notes, with a greater sense of closure in Schnitzler’s original–not necessarily to its credit. The dream element is certainly more significant in Schnitzler, and the Freudian tone is overt in the characters’ recurrent trepidation that “no dream is altogether a dream”: that the play of fantasy always provides evidence of a self which is masked by waking responsibilities.