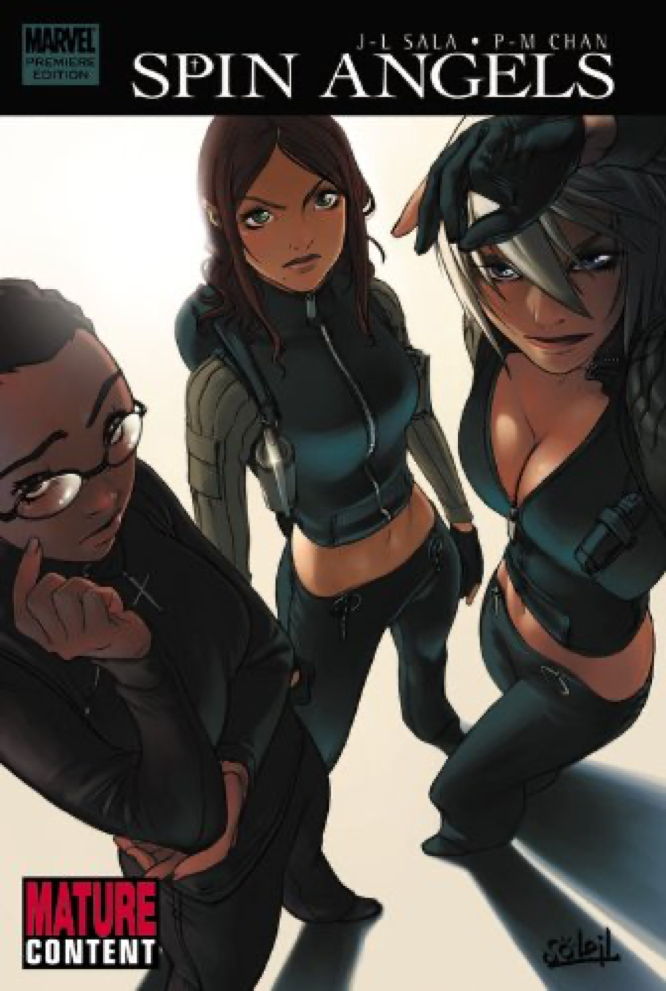 Billed in the jacket copy as “a head-on collision between John Woo and John Paul II,” Spin Angels (originally Crossfire) is also like what you’d get if Dan Brown were assigned to write a serial plot arc for Charlie’s Angels — although to be fair to author Sala, the details of religious conspiracy and ancient heresy are actually presented more credibly in this comic than what you’ll find in the Da Vinci Code. Certainly, the characters are more vivid and entertaining. Artist Chan mixes manga visual conventions with a detailed, painterly style and highly dynamic panel compositions.

This volume collects the first four issues of the Marvel Comics English translation of the original Soleil bandes dessinées for this title, which do not in any way conclude the story. The fifth (and most recent as of this review) was published in French in 2010. Recommended to those who enjoy the application of adrenaline and testosterone to esoteric religion.