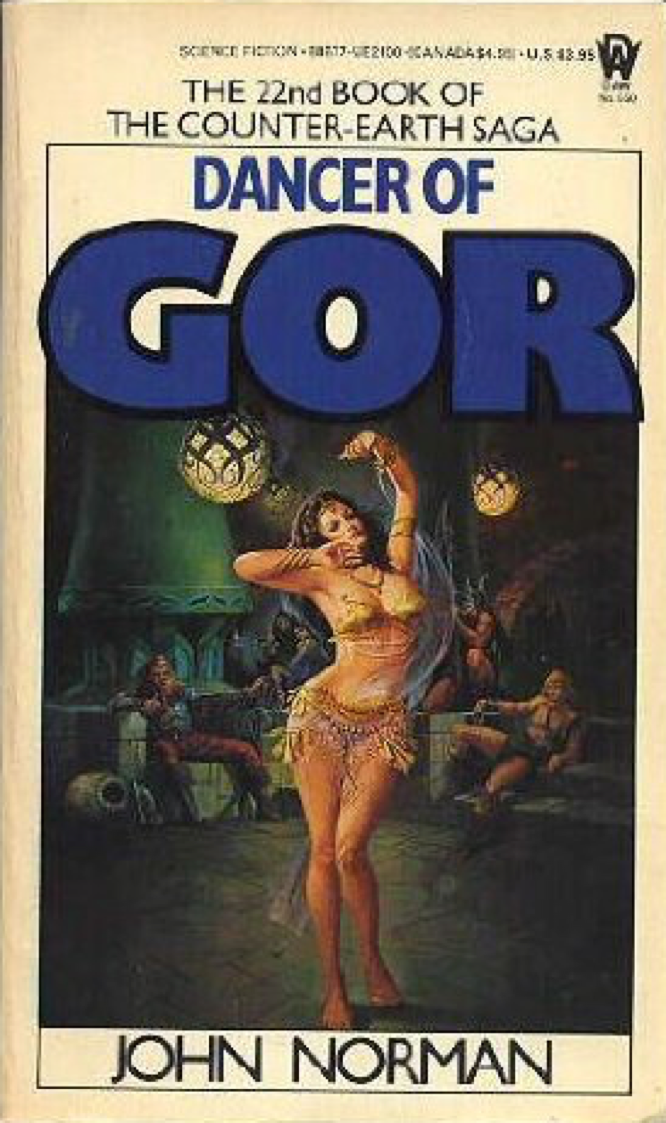 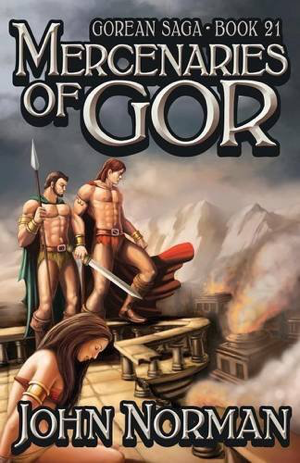 Whether John Norman’s “counter-earth” Gor was ever intended to be an innocent sword-and-planet-epic or was always meant as a sprawling masculinist pro-slavery narrative manifesto, it had long ago settled into its character by the writing of this twenty-first volume.

The most notable feature here (relative to other Gor books) is hilarious Lardneresque dialogue that sometimes runs for three or four pages at a go, typically with or concerning the barbarian poet Hurtha who serves as Tarl Cabot’s comic foil. There is some large-scale political intrigue involving Cabot’s disinherited ex-fiancee as a would-be usurper to the throne of Ar, but all of that is left in the background for most of the book, which focuses on the daily doings of Cabot and his ad hoc travel companions. Two principal female characters are a study in contrasts: Feiqa is a heroine for choosing subjugation as a slave in order to express her true nature, while Boabissia is a buffoon for imagining the birthright of her aspiration to be wealth and power.

As I expected that it would, this book made an interesting contrast to the Lin Carter sword-and-planet volume When the Green Star Calls, which I read just before it. The primary difference is pacing, rapid for Carter and virtually plodding for Norman. Ideologically, the chivalry of Carter’s world is only a subtler, less anxious version of the masculine domination in Norman’s. Also like Carter’s book, the story ends with a cliffhanger, or what would have been one if there had been enough narrative tension built to that point to justify the label in this case. [via]