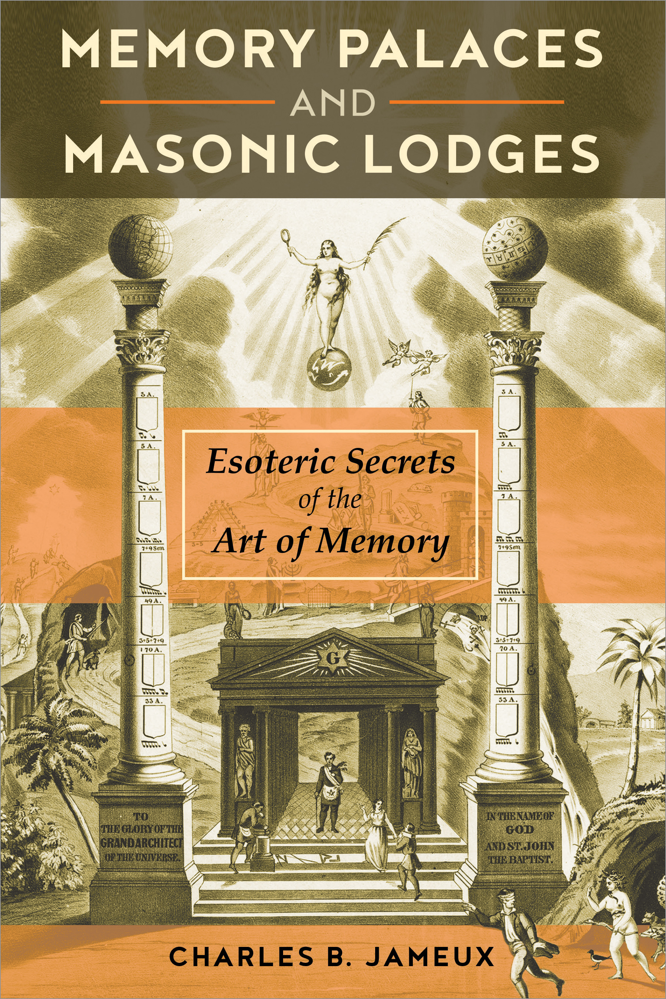 This short volume contains texts from disparate sources, and has been assembled mostly in a sort of reverse chronological order. I think most readers will more easily follow its arguments and be better served by reading it from back to front, and this review will treat it in that sequence.

Appendix B is a 1995 article by the book’s author Charles B. Jameux, originally published in the French periodical Points de Vue Initiatiques with the title “The Ancient Sources of Initiatic Transmission in Freemasonry: The Royal Art and the Classical Art of Memory.” It presents Jameux’s first published development of a thesis grounded in the prior work of two profane historians: Frances Yates (The Art of Memory) and David Stevenson (The Origins of Freemasonry: Scotland’s Century, 1590-1710), each of whom had suggested that the early modern developments of mnemotechny could have determined the form of early Freemasonry. Stevenson had bolstered Yate’s tenuous hypothesis by citing the explicit requirement of memory training from the Schaw Statutes of 1599 governing Scottish Masonry. Jameux quotes at length from each of the two prior authors and uses his own initiated perspective to amend some of their details, as well as to reinforce and extend the basic concept. Reading Yates and Stevenson myself some few years after Jameux had published his article far from my ken, I came to similar conclusions. While this appendix offered little new for me personally, I thought that it was a solid presentation of the history and its relevance for modern initiates.

Appendix A makes no direct mention of Freemasonry or initiation. It reproduces in English translation a 1988 paper by scholar Claudie Balavoine, “Hieroglyphs of Memory: Emergence and Transformation of a Hieroglyphic Script in the arts of Memory during the Sixteenth and Seventeenth Centuries.” This brief study discusses the changing appreciation of Egyptian hieroglyphs in early modernity, along with the emergence of figural alphabets, and relates these to the transformation and decline of the art of memory. Although composed and published earlier than Jameux’s “Ancient Sources of Initiatic Transmission,” it came to his attention later, and it then became an important source for the development of his understanding of the relevant Masonic history, reflected in the five brief chapters of the body of Memory Palaces and Masonic Lodges.

The body text orients to 1637 as a point of historical discontinuity (of the sort proposed by Michel Foucault in Les mots et les choses) signaled by both the appearance of the Master’s Word in Masonry and Descartes’ publication of his Discourse on Method. Jameux presents Masonic initiation as a compensation and potential remedy for the modern fracturing of “the original unity of thought into conceptual, rational, and quantified thought on the one hand and analogical thought as a storehouse for the ancient traditions on the other” (38).

I am a little mistrustful of the Jon E. Graham translation of Jameux’s text, which tends to feature rambling sentence structures, of which the following is a gruesome specimen: “Far from an elsewhere and nowhere of utopia according to Campanella, wouldn’t the future operative and non-operative Freemasons of 1600-era Scotland, engaged in an outside of work quest for method but remaining immersed nevertheless in the here and now of spiritually conflictive societies, be in the process of discovering the Masonic symbol beneath the memorized image?” (16-17) I know that French intellectual exposition often uses this sort of monster pile of clauses and phrases, but preserving that form is not particularly helpful to English readers.

Also, on page 15 I encountered a defective passage, in which “the conversation he recounts” should have been attributed to Plato in the Phaedrus (as Yates does, in the citation given by Jameux), but some elided wording here makes it seem as if “he” is Alexander Dicson, who is then confusingly said to have “reproduced” the conversation with his own characters. Whether the error in this case is that of author, translator, or editor, it undermined my confidence in what I was reading.

The book is equipped with two short laudatory forewords by Francis Bardot and Patrice Corbin, and they are worth reading if only to demonstrate that Jameux’s ideas in this book have a sympathetic audience among eminent French Freemasons.