J. S. Kupperman reviews Gates of Light / Sha’Are Orah by Rabbi Joseph Gikatilla, translated by Avi Weinstein, in the archive of the Journal of the Western Mystery Tradition. 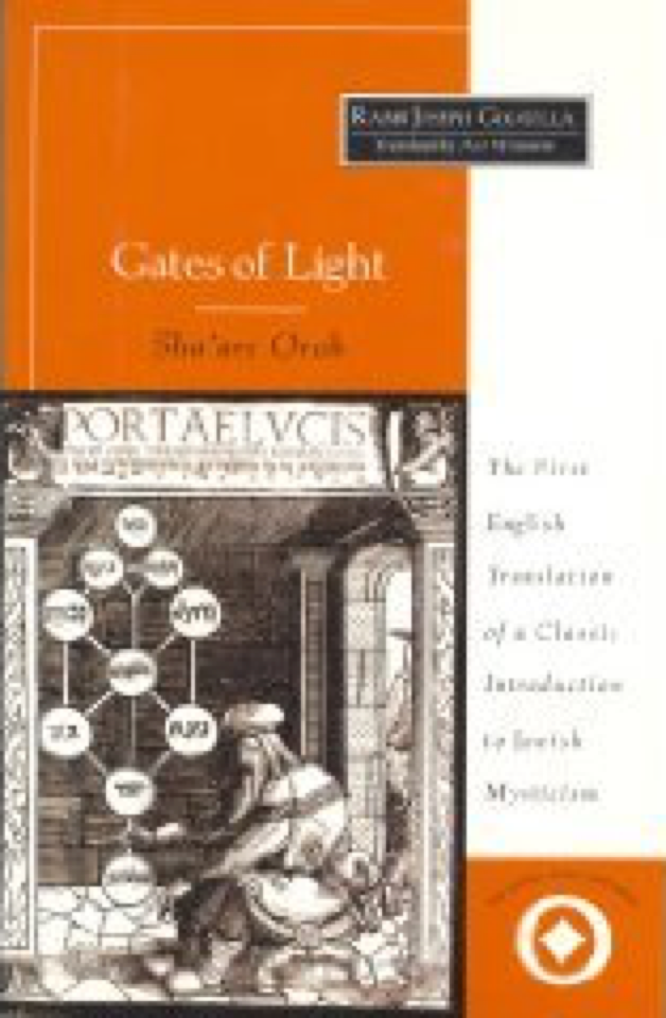 While there are many books discussing Jewish Cabala today, there are only a handful of primary sources available to the English reader. Written in the 13th century, Rabbi Joseph Gikatilla’s Sha’are Orah or “Gates of Light” can be added to the list of original Jewish Cabalistic texts that have been fully translated into English (a list that includes the Sepher Yetzirah and the Bahir, as well as the Zohar; though there is only one rather expensive English translation of this to-date) whereas many other cabalistic manuscripts have not been translated at all.

Gates of Light takes the reader, step by step, through each of the ten Sephiroth of the Tree of Life. Each chapter discusses in-depth many of the aspects of a particular Sefirah, but for the chapter which covers both Hod and Netzach, which are taken together as their functions are so complimentary to one another that they function often as almost a single Sefira. Primarily, the Divine Name or Names associated with each Sefira is discussed. This discussion often moves to moral concepts applicable to the Sefira in question; how one Sefira relates to another, and even how segments from Torah or the Talmud should be interpreted by the light of Cabala.

While valuable simply because it is a primary source for traditional Cabala, Gates of Light may be even more valuable and interesting for those who have only studied hermetic or magical Cabala. The descriptions of the Sefirot and Divine Names, even the very attitude that the writer takes towards his writing, are very different from those found in hermetic Cabalistic texts. Many concepts, such as the Resurrected God being integral to the makeup of the Sephira Tiferet, are not to be found. Instead one finds that Tiferet is the place of balanced Divine Justice or that visions and prophecy are directly related to Hod and Netzach while true and perfect vision comes from Tiferet. At the same time, familiar concepts are included, such as Tiferet being the focal point of the Tree of Life, balancing the Sefirot above and below it. The reader discovers both the many dissimilarities and similarities between hermetic and Jewish Cabala.

Though not always clearly written, and often digressing into sub-topics, Gates of Light can give the reader valuable insight into the nature of the Sefirot and the Divine unavailable in other traditional Cabalistic texts or in books written from the hermetic point of view. A primary source for traditional Jewish Cabala, and written even before the famous Zohar, Rabbi Joseph Gikatilla’s Gates of Light is a valuable addition to the library of any Cabalist.