Hermetic Library Fellow T Polyphilus reviews The Mystery of the Grail: Initiation and Magic in the Quest for the Spirit [Amazon, Bookshop, Publisher] by Julius Evola. 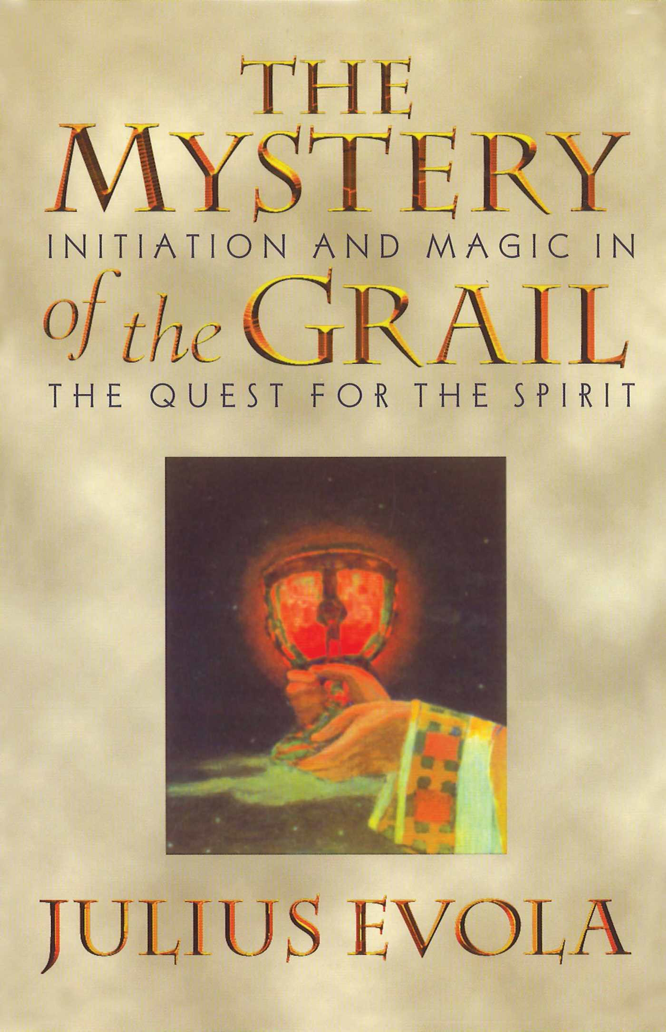 It is no surprise to find Julius Evola mounting an opposition to common readings of the medieval Grail legends as Christian sacramentalism and sentimental mysticism. He wrote The Mystery of the Grail after Revolt Against the Modern World, and drew on the earlier book for the framework of degenerative hierohistory that brands his larger Traditionalist project. With a few exceptions, the Grail book takes that context as given, only rarely explaining it, or referring the reader expressly to Evola’s other books for details.

The overall arc of the work is from the general to the particular. After a section on his aims and methods, there follows a set of chapters exploring “Principles and Prior Events,” in which he surveys background and context for the seminal Grail literature, along with principal mythemes which he associates with heroic initiation. The latter is the pattern that he then goes on to chart as fundamental to “The Cycle of the Grail” in its original forms and variants. In the fourth and final section, he discusses related “historical currents” (one might say “traditions,” if that word had not already been enlisted for a more specific duty in Evola’s work): Templarism, Albigensianism, the “Love’s Lieges,” Hermeticism, and Rosicrucianism.

Translator Guido Stucco may have provided an accurate text, but it is not a lovely one. His rendering of Evola’s prose makes ponderous English. I can’t say whether that reflects the style of the original Italian. Especially in the early chapters of Part Three, I sometimes felt as if I were reading among the more stylistically impaired of Arthur Edward Waite’s writings. (I’m sure Evola wouldn’t welcome the comparison! Curiously, Waite’s most grueling prose is perhaps in his own book on The Hidden Church of the Holy Grail. I wonder if it reflects some sort of transmission of opacity from the primary materials.)

My reading of the book really took a turn at almost the exact midpoint. In the chapter on “The Test of Pride,” I began to get a much more vivid sense of how Evola saw the initiatory spirit animating the legends. This perception sharpened my interest, and I continued in this manner through the following chapters until “The Grail as a Ghibelline Mystery” which concludes Part Three. Here, he identifies the Grail cycle with an (unmanifested, for the most part) ideal of the Holy Roman Empire as a “movement toward an ecumenical ‘solar’ synthesis” (120), attempting to re-integrate the dissociated kingly and priestly aspects of authority. Part four is very rewarding, supplying many points of contact among various historical phenomena of esoteric interest, and constellating them around the Grail cycle as previously explored.

An appended bibliography would have been helpful. Evola often references prior scholarship in ways too fleeting to allow students or researchers to conveniently follow his trail. Although he sometimes supplies bibliographic references in footnotes, these are generally to the primary literature of the Grail legends and to his own works. An example where bibliographic citation is frustratingly absent: “This was the thesis endorsed by Rossetti and Aroux, taken up by Valli and to a degree by Ricolfi and, more recently, by Alessandrini, though with a heavy emphasis on the merely political dimension” (145).

The epilogue is really the final chapter of the book, covering the most significant organized modern receptions of the medieval and Renaissance “currents” that Evola treats in the fourth section. He has no ideological sympathy for these: Freemasonry and Theosophy he views as anti-traditional purveyors of pseudo-initiation. He supplies a useful review of the points of congruence that, he would say, serve as the means of subverting materials usurped from traditional initiation. But then he goes on to advert to The Protocols of the Elders of Zion, as well as a “satanic” conspiracy animating bourgeois societies and global Communism (172-3). Wagner also comes in for abuse on account of his “arbitrary, pseudomystical, and decadent” misrepresentation of the Grail cycle (174).

Evola concludes in a chilling and invidious manner that “the invisible and inviolable center, the king who must awake, and the avenging and restorating hero are not mere fancies of a dead and romantic past, but rather the truth of those who, today, alone may legitimately said to be alive” (175). The final ten words confirm my antagonism for Evola, since I hold in contrast that Every man and every woman is a star. 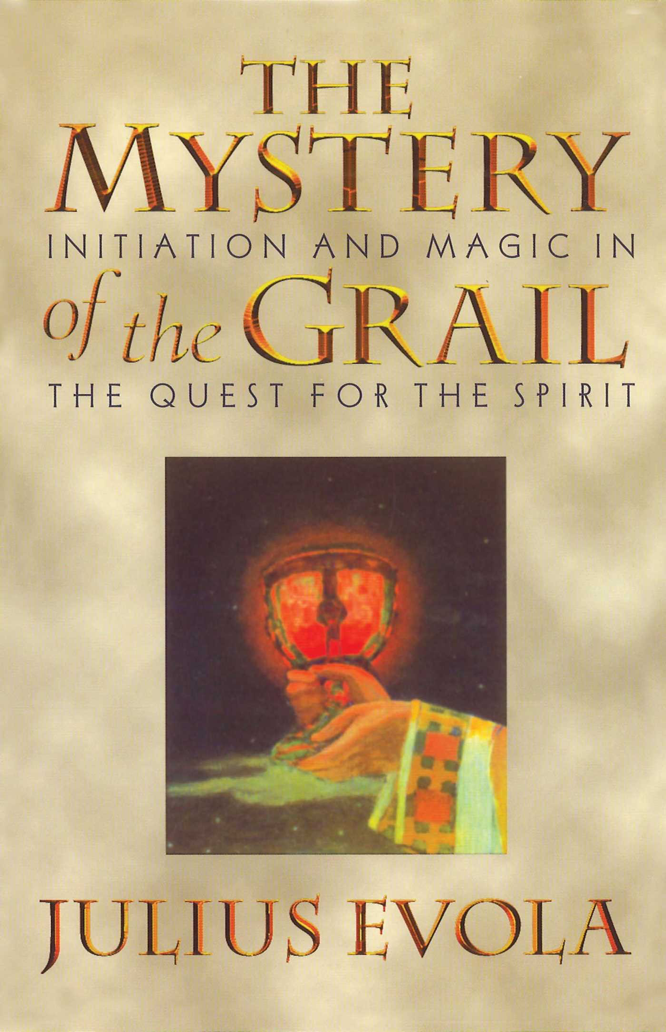 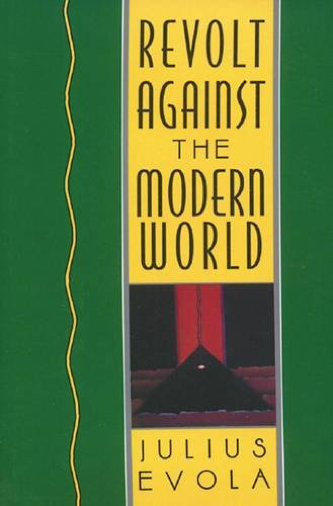 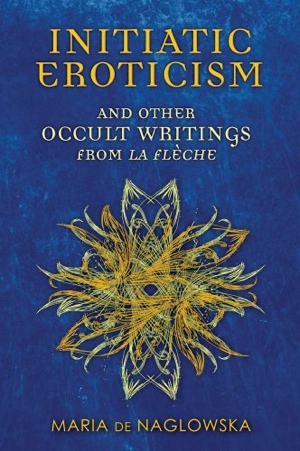 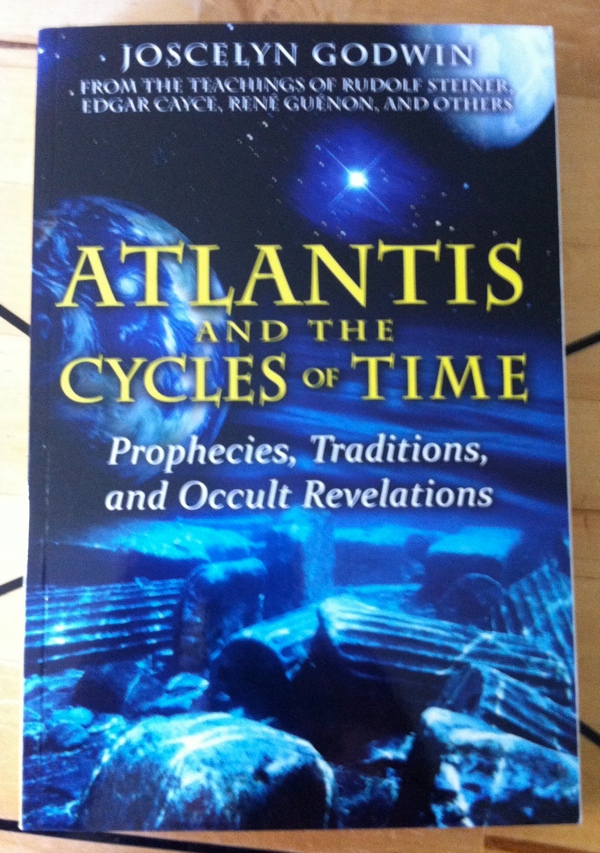