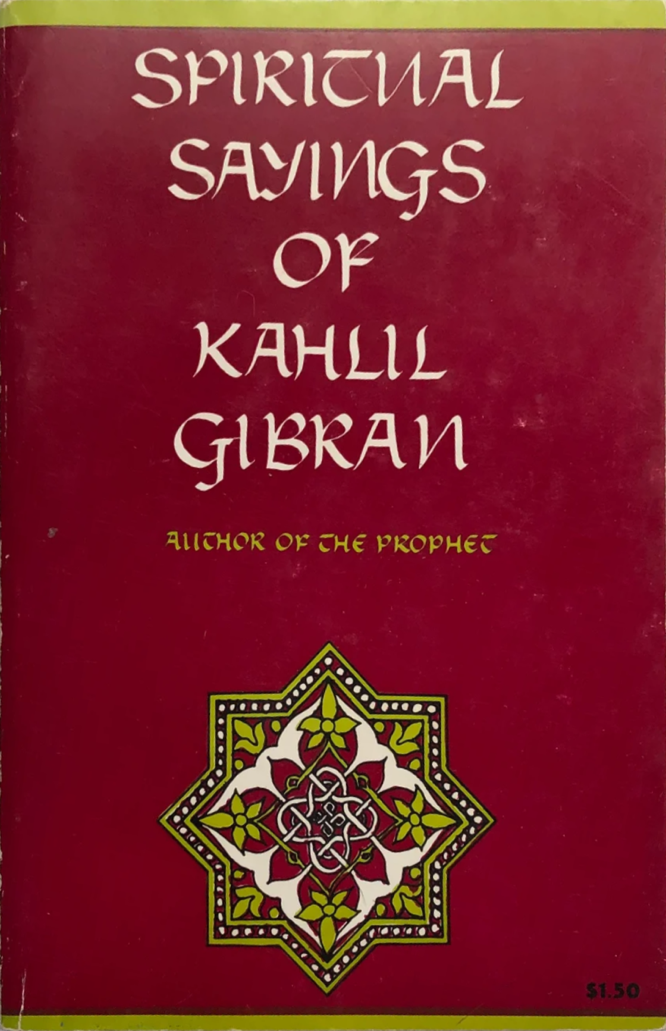 Kahlil Gibran, best known for his book “The Prophet,” was a great mystic and captivating writer. This collection of aphorisms, short-short stories and one short play is small but it packs a big punch.

Though Gibran falls into moralizing towards the end in pieces like “Your Lebanon and Mine” where he says to those who see only the political, warring side of Lebanon, “Remember that you are naught. But when you realize your littleness, my aversion to you will change into sympathy and affection. It is a pity that you do not understand, You have your Lebanon and I have mine.” or “Your Thought and Mine” where he says, “Your thought speaks of the beautiful woman, the ugly, the virtuous, the prostitute, the intelligent, and the stupid. Mine sees in every woman a mother, a sister, or a daughter of every man.” these forays into claimed superiority serve as veins in marble rather than blemishes. Moreover, Gibran tells us, “Our worst fault is our preoccupation with the faults of others.” thus confessing his humanity. Gibran is not a god to be worshipped, he is a brother toiling alongside one in the struggle for enlightenment and peace.

Gibran occasionally lapses into bitterness in his aphorisms though this bitterness mainly centers around being a man without a home or nation. This is entirely reasonable, considering that much of this book was written while Gibran was in exile from his country and excommunicated from his church.

Gibran has been called the Dante of the twentieth century. Orientals call him the Beloved Master. He has been compared to William Blake and to Rodin – in fact, he was commissioned to paint the latter’s portrait. Though born in and in love with Lebanon, Gibran is a mystic for all lands and all religions. As the Beloved Master himself said, “God made Truth with many doors to welcome every believer who knocks on them.”