Secrets of the Bible People by Kamal Salibi, from Interlink Books, is part of the collection at the Reading Room. 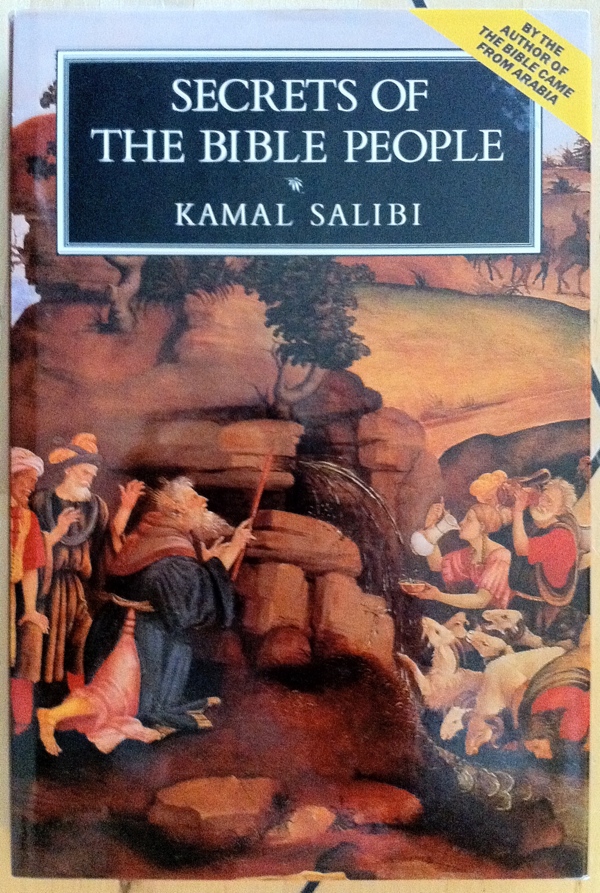 “The familiar Bible stories of Adam and Eve, Noah and the Flood, Moses and the Exodus, Jonah and the whale, will never be the same again.

Kamal Salibi argues that these familiar stories can be coaxed into revealing their secrets only when seen in their proper setting—Arabia.

Salibi’s previous book turned history upside down with its astonishing claim—based on an analysis of Arabian placenames—that the Old Testament’s true setting was not Palestine but western Arabia. His thesis provoked worldwide controversy. But Salibi is unrepentant. Far from retracting his theory, his new book takes the argument an important stage further through a re-examination of some of the best-known Bible stories.

Did adam exist? Is the story of the Flood rooted in Arabian mythology? Who was Abraham? Did the Exodus really begin in Egypt? These and other question receive startling answers which are boung to re-open the furious debate which Salibi’s theory has unleashed.” — back cover