Bkwyrm reviews In Her Image: The Unhealed Daughter’s Search for Her Mother by Kathie Carlson in the Bkwyrm archive. 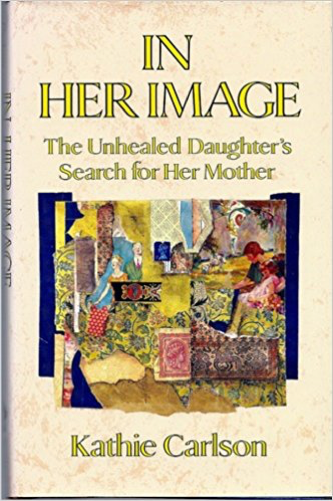 The author is a psychotherapist, writer, teacher, and Wiccan. She’s written something that will speak, I think, to a lot of the female Pagans in the world, and probably some of the men in the community as well. The work is primarily focused on “unhealed” relationships – situations where the mother/daughter bond was either too strong, not strong enough, or broken through outside forces such as death or divorce. The book progresses through explanations of positive bonds, negative bonds, the importance of touch, and something called “matrophobia”. A long chapter on “Partial Solutions and Healing Possibilities” talks about how a woman with an unresolved conflict can resolve that conflict and move on to a better relationship with her mother and her self – regardless of her mother’s actions or attitude. Indeed, regardless of whether the mother is living or dead, Carlson presents exercises and meditations that can help heal past hurts.

The last three chapters of the book talk about the Great Mother, the archetypal dynamic of the Divine Feminine, and how Goddess-centered religion can assist women who have mother/daughter relationship problems. These chapters contain real-life experiences of women who have used their involvement in a Goddess religion to heal whatever wounds they have from childhood or adolescence. This is a rather scholarly text, but very accessible. It’s easy to read, and contains a lot of things people already knew, but didn’t put together. Almost every woman I know who has read this book has used the information in a constructive and positive way. I highly recommend it.