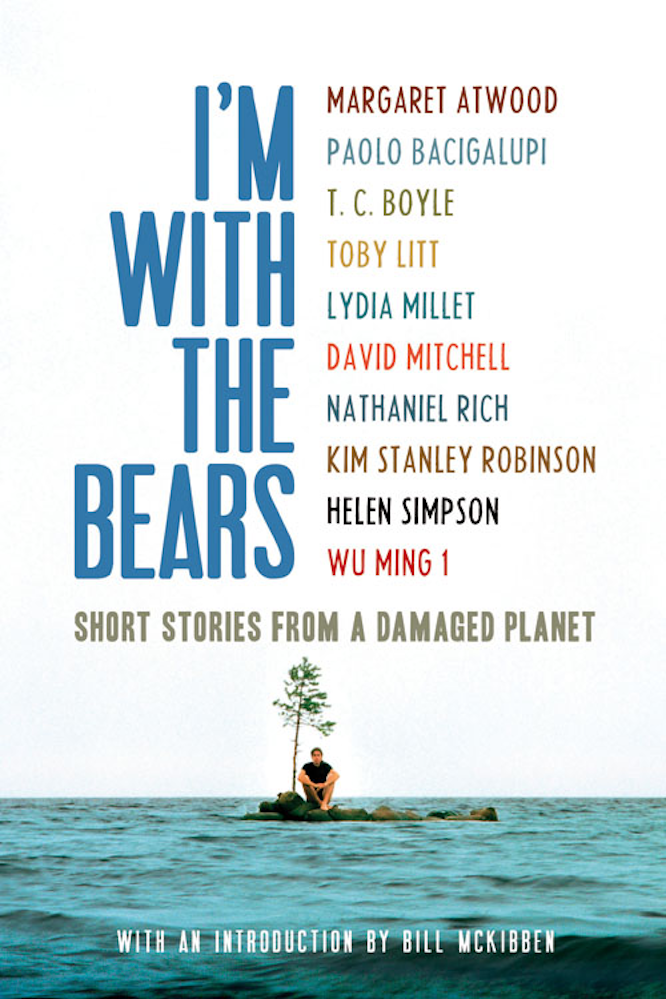 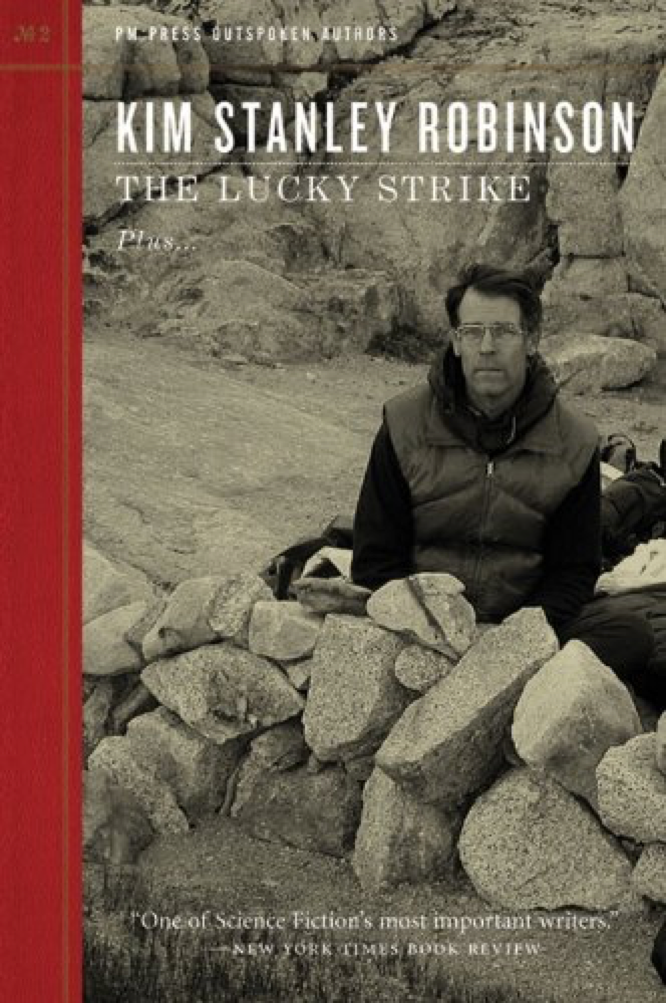 This slim book includes the eponymous novella “The Lucky Strike,” a closely-related essay “Sensitive Dependence on Initial Conditions,” and an interview with author Kim Stanley Robinson by Terry Bisson. I would totally recommend it as a chaser for anyone who has just finished Robinson’s The Years of Rice and Salt and can’t stop thinking about it. (Not that further ideas on those lines will stop anyone thinking.) The story and the essay deal with philosophy of history, and the evolving understanding of the relationship between chance and determinism, under the sign of non-linear dynamics and its “strange attractors,” as well as the relationship of all of this business to any understanding of free will.

The interview was entertaining, and reassured me that despite the prominence of Robinson’s scientific curiosity and social conscience, his ambitions as a writer are primarily literary. I especially enjoyed his angry rejoinder to those who object to the expository elements of his style: “go read Moby Dick, Dostoevsky, Garcia Marquez, Jameson, Bakhtin, Joyce, Sterne–learn a little bit about what fiction can do, and then come back to me when you’re done. That would be never, and I could go about my work in peace” (87). 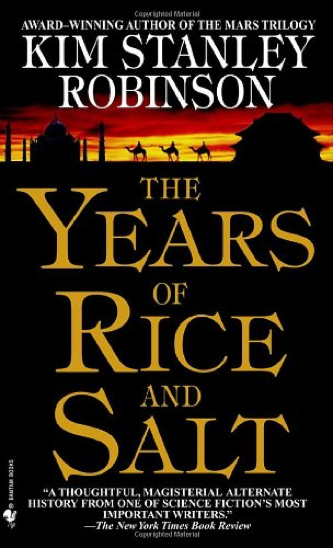 This novel covers about 650 years over the course of approximately as many pages, ending in 2002 when it was first published. It is set in an alternate history where the Black Death of the 14th century eliminated the prohibitive majority of the European population. It is a necklace of ten novellas carrying out a thought experiment regarding world history in the absence of Western modernity. Author Kim Stanley Robinson is known for investing his fiction with both the sort of grand scope present in this book and also a presentation of political concerns embracing socialism and environmentalism. These are also on hand in The Years of Rice and Salt. After working through analogies for the ages of discovery, rational enlightenment, and industrialization, the great wars of our 20th century are reflected in the Long War, sixty-six years of global military conflict between a Chinese empire and a worldwide Muslim alliance. The last two sections of the book take place in a post-war world with challenges very similar to our own.

Although Robinson’s style is often very cerebral, whether philosophical, scientific, or mystical, this book is still one that insists that the reader attend to bodies, and consider the libidinal cathexes that seem to drive both civilization and its discontents. His characters are often informed by deliberately-inflicted injuries: the castration of a young slave, a man’s hand cut off in punishment, a woman’s bound feet.

The title The Years of Rice and Salt appears in the book as a Chinese phrase denoting the stage of a woman’s life between motherhood and widowhood. Metaphorically, Robinson seems to be suggesting that the entire modern period (whether our own or that of his conjectural parallel history) is such an interval for our species, and his characters often contemplate the arc of history and wonder about possibilities for human society. Typically, these thoughts arise in the context of the “Four Great Inequalities” theorized by his character Ibrahim ibn Hasam al-Lanzhou, one of which is the domination of women by men (406-411). Ibrahim appears in the section called “Widow Kang,” which features this world’s version of modern spiritualism, with a subversion of received gender codes just as in our own 19th century.

The “Widow Kang” episode is one that most highlights the fact that the ten stories are explicitly linked through the function of metempsychosis: Robinson re-purposes the Buddhist term jati (Skt, Pali “birth,” but also “clan” or “sub-caste” in non-Buddhist Indian usage) to represent a persistent association of reincarnated individuals, who are also periodically reunited in the disincarnated bardo state. Although the novel presents reincarnation and the bardo as narrative facts, some of the book’s last passages reflect on them more philosophically, observing: “Reincarnation is a story we tell; then in the end it’s the story itself that is the reincarnation” (654). The epigram and first paragraph of the book imply that the two principal characters in the jati represented through all the stories are identical with the monkey Sun Wukong and monk Xuanzang of Chinese lore.

On the whole, this book is ambitious, profound, and often beautiful. [via] 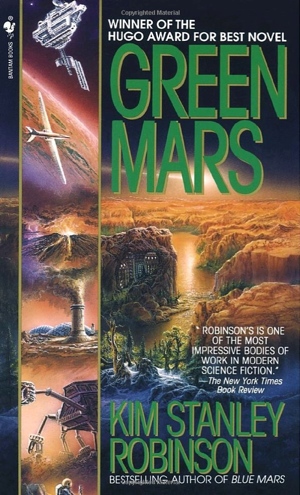 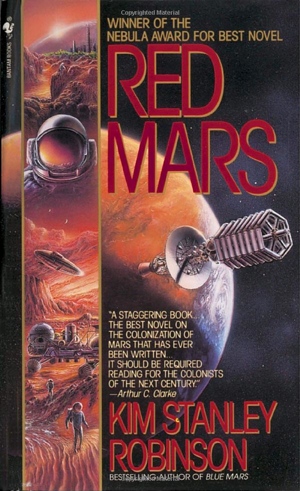