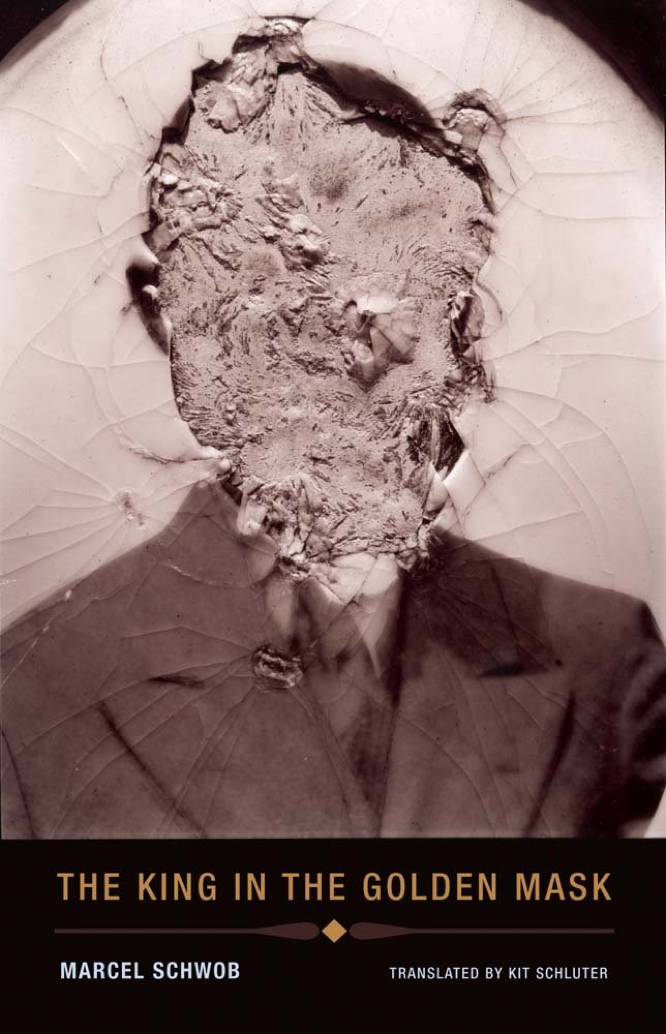 The Wakefield Press edition of The King in the Golden Mask is the first complete English translation of this 1892 collection of short stories in French by Marcel Schwob. Translator Kit Schluter provides an afterword which positions the book in Schwob’s oeuvre and traces the author’s impressive subsequent influence on aesthetic movements and literary writers around the world. Each story is dedicated to one of Schwob’s contemporaries, a range of figures including Anatole France and Oscar Wilde.

The twenty-one stories are all vivid and well-suited to our short 21st-century attention spans. They generally begin in media res and often conclude without much plot resolution, so that they tend to fall towards the vignette within the spectrum of forms. Settings are mostly historical, and the language is often opaquely archaic, an effect that Schluter has been at some effort to sustain. Principal characters range among “lepers, embalming women, eunuchs, murderers, demoniacs, and pirates” and others (3). As Schwob avers in his foreword, the mask is a recurrent (if not ubiquitous) trope among the stories, and he intimates a sort of Derridean trace unifying the superficially fragmented book.

Favorites for me included the eschatological “Terrestrial Fire,” the medieval documentation of “The Sabbat at Mofflaines,” and the science-fictional “Talking Machine.”