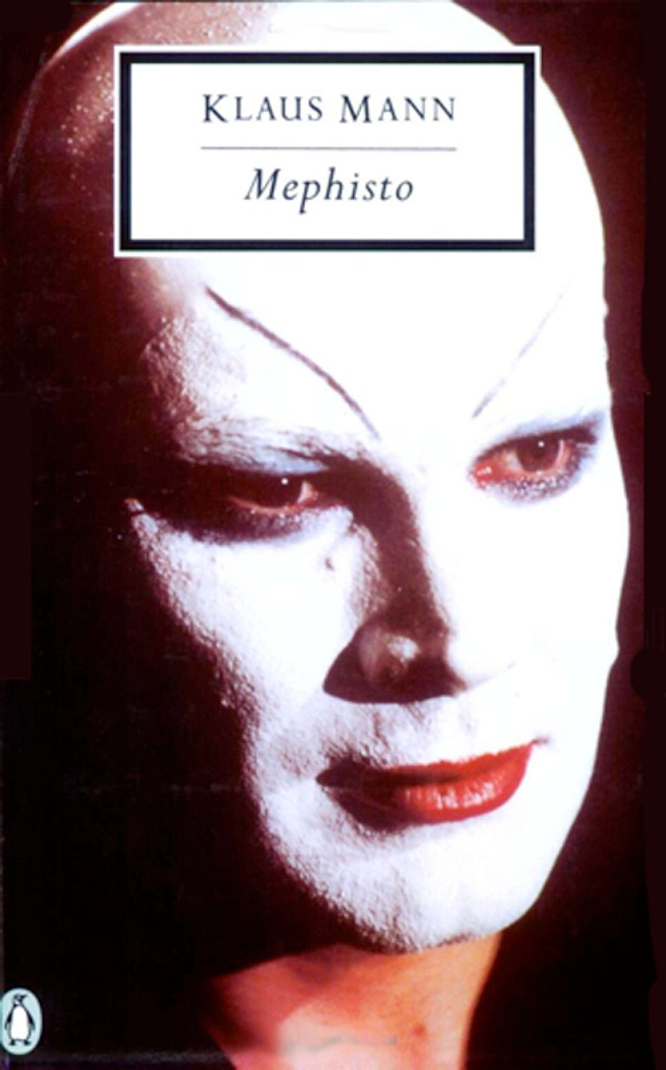 Klaus Mann’s Mephisto is a roman à clef written in 1936 and covering a period of about a decade in Germany leading up to that point, during the ascendance of Nazi power. It furnishes a vivid picture of the times and a withering assessment of the integrity of those who “adapted themselves” to tyranny.

The story is centered on Mann’s onetime theatrical collaborator and former brother-in-law Gustaf Gründgens, under the name “Hendrik Höfgen.” Höfgen is a success in Hamburg and then achieves celebrity in Berlin. When the Nazis come to rule, he worries about his past of left-wing sentiments and associations, but after some adroit and unscrupulous networking, he wins the favor of Hermann Göring, eventually becoming the head of the German National Theater under the Nazis. This character arc does not reflect well on the memory of Gründgens, whose estate successfully sued to keep the book banned from publication in Germany for several decades.

Höfgen (like Gründgens) won great acclaim for his Berlin portrayal of Mephistopheles in Faust, but the novel presents him as being subjected to the dilemma of Faust himself–though without the heroism given to the sorcerer by Goethe. “The fat general” Göring effectively serves as the devil of the pact, supplying Höfgen with fame, power, and wealth, to be paid for by forfeiting his conscience and his liberty.

The book is not just a portrait of Gründgens, however. Although Mann seems to have written himself entirely out of the story, his sister appears as Barbara Bruckner, and many of the characters in Hamburg are drawn with such clarity that I’m sure they were based on actual acquaintances of Mann’s. The actress Nicoletta von Niebuhr was certainly inspired by Pamela Wedekind, to whom Mann was at one point affianced. A curious feature of the text is complete circumspection regarding the names of the Nazi chiefs: Hitler, Göring, and Goebbels, who all appear in the course of the story, are identified only by their roles, titles, and attributes.

Already in 1936, Mann was very aware of the official violence of the Nazis. He was able to write of concentration camps and the wide supposition of death camps, as well as political prisoners tortured to death. He knew, and “Höfgen” knew, but they took different courses in response. In the twenty-first century, Americans know that we have a government that has tortured people to death, one whose uniformed agents kill with impunity unarmed “suspects,” and one that imprisons a greater number and portion of our people than in any other society past or present. What courses will we take in response? Can we avoid the doom that the reader now sees hanging over the Germany of Mann’s novel?