the Daimon comes not as like to like but seeking its own opposite, for man and Daimon feed the hunger in one another’s hearts. Because the ghost is simple, the man heterogeneous and confused, they are but knit together when the man has found a mask whose lineaments permit the expression of all the man most lacks, and it may be dreads, and of that only. 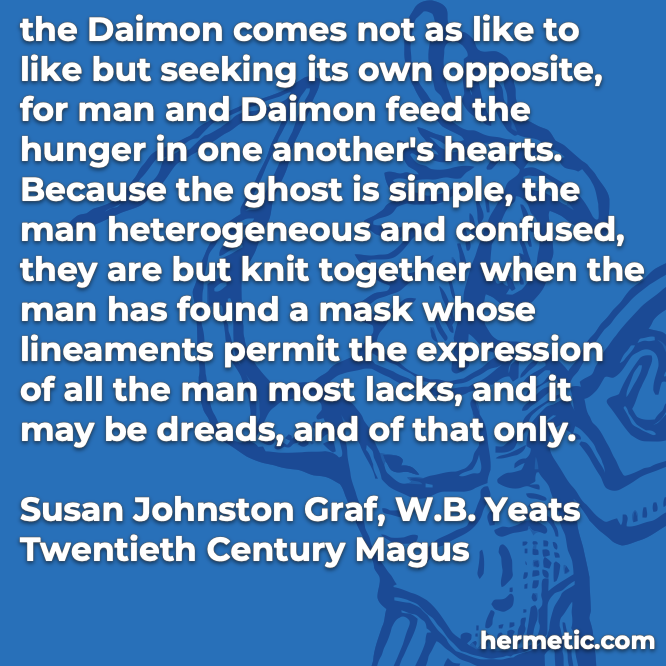