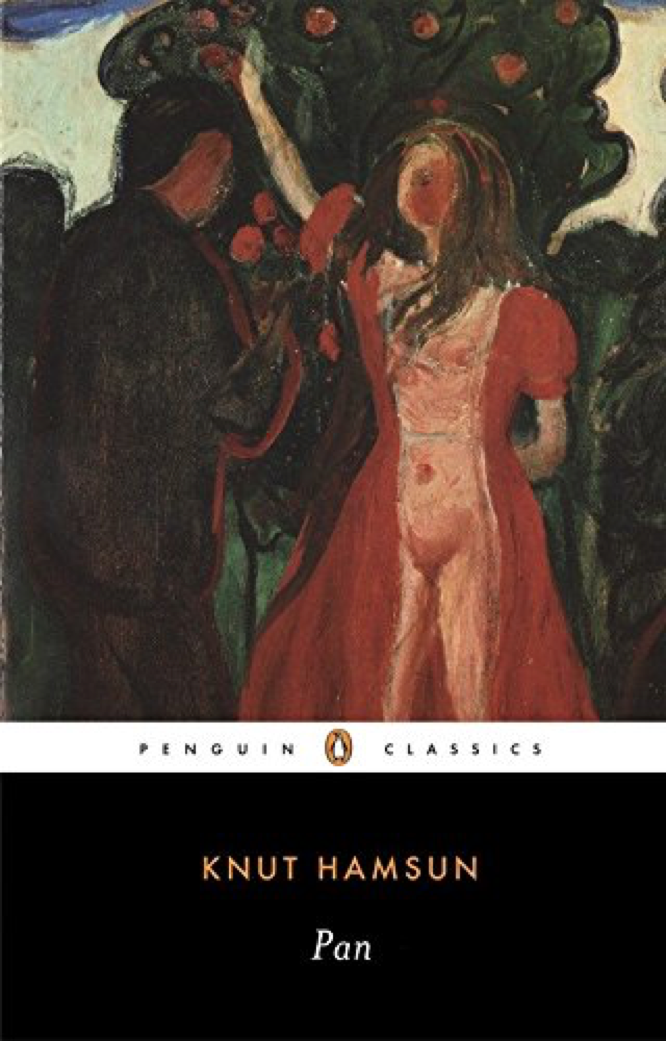 Pan is an 1894 novel set in Nordland (the north of Norway). Its first-person protagonist Thomas Glahn seems to be a Romantic embracing a rustic natural life as a hunter, but he has a vague military background as a lieutenant, and his place in the forest seems perhaps most determined by his alienation from cultured society. His rhapsodies over details of the forest are perhaps a little insincere, a cover-story for the amorous pain that he experiences with the reminiscences offered in this memoir-styled tale.

The book is short, even with the translator’s introduction, which is divided between biographical information on author Knut Hamsun and interpretive concerns regarding Pan which would probably be better appreciated after reading the novel. This 1998 Penguin edition, translated by Sverre Lyngstad, also includes some explanatory notes and editorial annotations tracing the reconciliation of the Norwegian first edition and later issuance in Hamsun’s Collected Works.