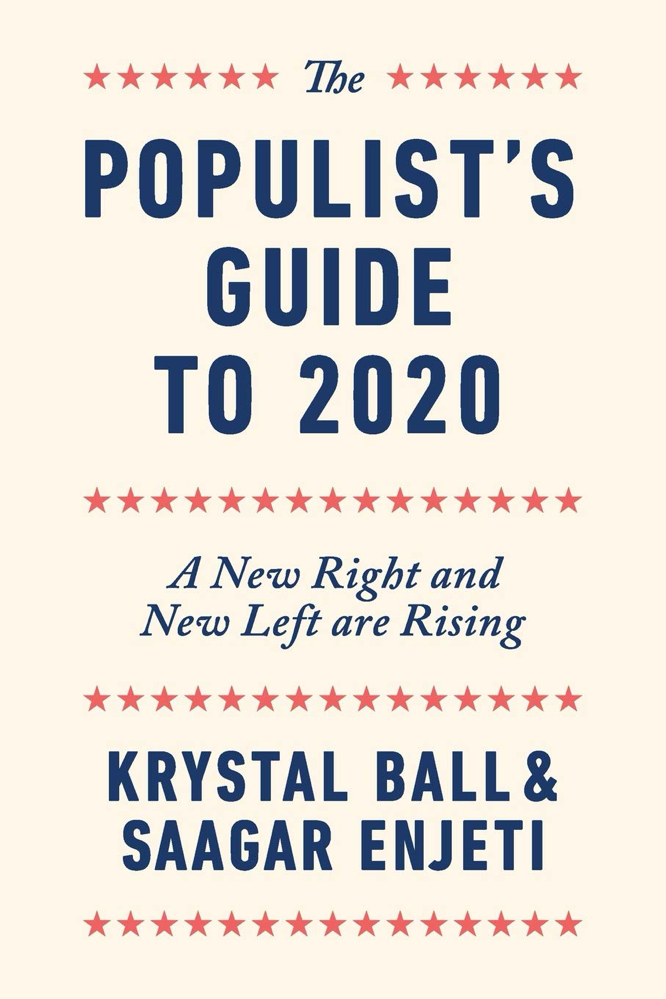 The Populist’s Guide to 2020 is a digest of the texts of video monologues by Krystal Ball and Saagar Enjeti, the hosts of the YouTube-carried daily television show Rising. Despite the title, it actually collects pieces from 2019, with fresh retrospective introductions for each that were written on the eve of 2020. This book was published before the resolution of the Democratic presidential primary this year, so it holds out some hopes that have since been dashed. The fact that it predates both the novel coronavirus epidemic and the civil unrest first touched off by the death of George Floyd makes it seem like it was from a simpler time; yet its critiques of the political and media establishments still hold.

Ball identifies with the left and Enjeti with the right, but they both distance themselves from the elite neoliberalism and neoconservativism that often manifest as bipartisan consensus in US national politics. The book’s afterword contains a single-paragraph ideological program statement from each of them, and it might have been better to put these at the front of the book. A distinctive feature of their show is that they make their left-right split a matter of complementary perspectives rather than antagonistic ones. Both are interested in imagining political discourse that legitimately centers the interests of working-class Americans.

The book groups their individual monologues (what they call “radars” on the show) into four sections. “Core Rot” is a set of diagnoses of US political institutions and ideologies. “Media” discusses corruption and myopia in mass communications. “Identity” is mostly concerned with jockeying in the early phase of the Democratic Presidential primary. (To their credit, Ball and Enjeti had already pegged it as ultimately a race between Sanders and Biden, but their analyses of other candidacies and the establishment reactions to them are interesting.) “Theories of Change” looks for openings out of the customary patterns of US mis-governance.

All of the intro/monologue chapters are short and read quickly, while having some real meat to chew on. They are often interrupted with citations of text news articles that the hosts referenced in their presentations. This book is not materially elegant, and it has more than its share of typos–evidence that it was the product of “a Christmas break to assemble and edit,” for which the acknowledgements express thanks. It was clearly intended to be an ephemeral print spinoff of the continuing show. The Populist’s Guide sold very well on its release in February 2020, and while much has changed during the seven months since, it is still very much worth the remainder-level price that it now commands in online retail.