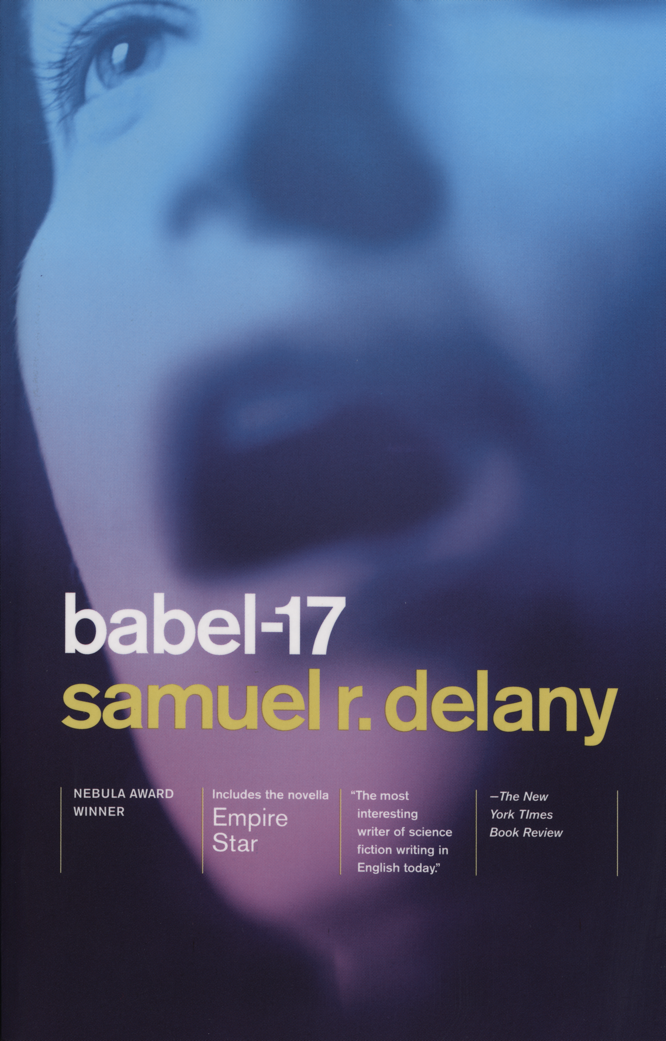 Delany’s Babel-17 is a very sophisticated space opera written in the mid-1960s. The protagonist is a linguistic savant and intergalactic celebrity poet, and the plot is focused on military espionage and a mysterious new language. The number of unlikely anachronisms (such as tape spools to hold data) are surprisingly few. There is not much explanation for the fundamentals of the “stasis shift” technology that makes interstellar travel possible, but its ancillary operations are fascinating in that they use “discorporate” people (i.e. technologically-sustained intelligences of the dead) to help parse and represent much vaster energy spectra than human senses can perceive. The story also presents a caste society, with some castes participating in extreme “cosmetisurgery” and marital “tripling.” Philosophically, Babel-17 epitomizes a linguistic turn in science fiction, according to which the powers and limitations of societies and individuals both are grounded in the characteristics of their language.

The novella Empire Star is here bound tête-bêche with Babel-17 (as the author had originally hoped), and the former is in fact a metafiction putatively written by a lover of the protagonist of the latter. The smaller page-count of Empire Star does not make it less interesting or significant: in keeping with its name (and the cover design of the Vintage edition), it has a lapidary quality. “The multiplex reader has by now discovered that the story is much longer than she thinks, cyclic and self-illuminating.” (89) And in these respects, it anticipates, as much as do the psychedelic linguisticisms of Babel-17, the work that Delany was to accomplish in his spectacular Dhalgren a decade later.