Vault of Adepts by Jordon Stratford’s Laudanum Studios is a crowdfunding effort to create a game which is described as “Penny Dreadful meets Arkham Horror in this pen and paper RPG of secret societies in 1900 London. Occult schemes in the age of absinthe.”

“VAULT OF ADEPTS is a pen and paper Role Playing Game of secret societies set in 1900 London. These occult Lodges attracted the elite of London society — poets and politicians, actors and heiresses, alchemists and aristocrats scheming against a backdrop of cut glass, in the age of absinthe.

You play one of these eccentric characters, choose a faction and an agenda — do you want to proceed through the mystic Grades to achieve enlightenment? To take over? To destroy from within? – and speed from location to location to secure ancient knowledge, spread rumours, and foil your opponent’s efforts.

A séance gone horribly wrong. A gentleman approached after a Mason’s meeting with an inquiry if he’d be interested in something more…unconventional. A book dealer looking over an incoming tome, and knowing more than he lets on. Somewhere in London, between Scotland Yard and the Blind Beggar, is the key to someone’s lifelong obsession. Seek it out. But will you use it, sell it, or destroy it?” 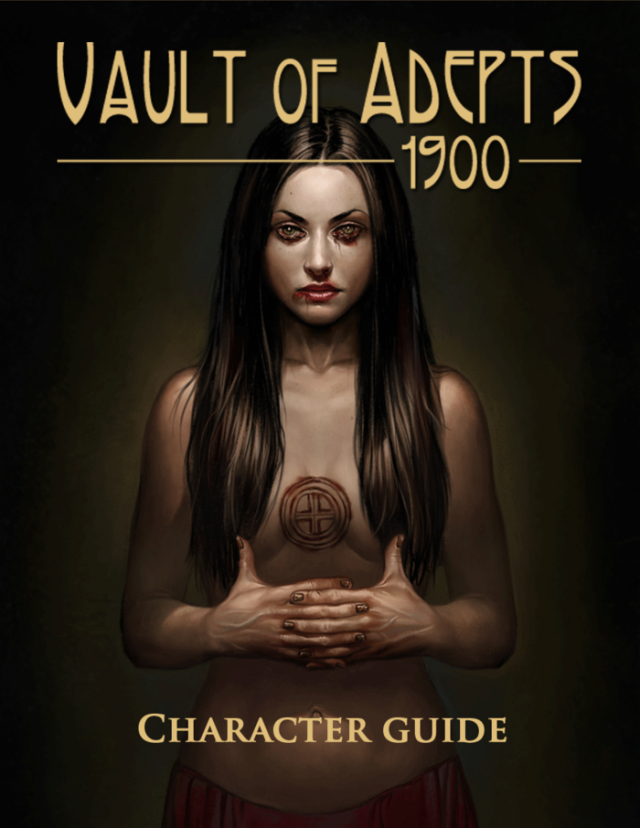