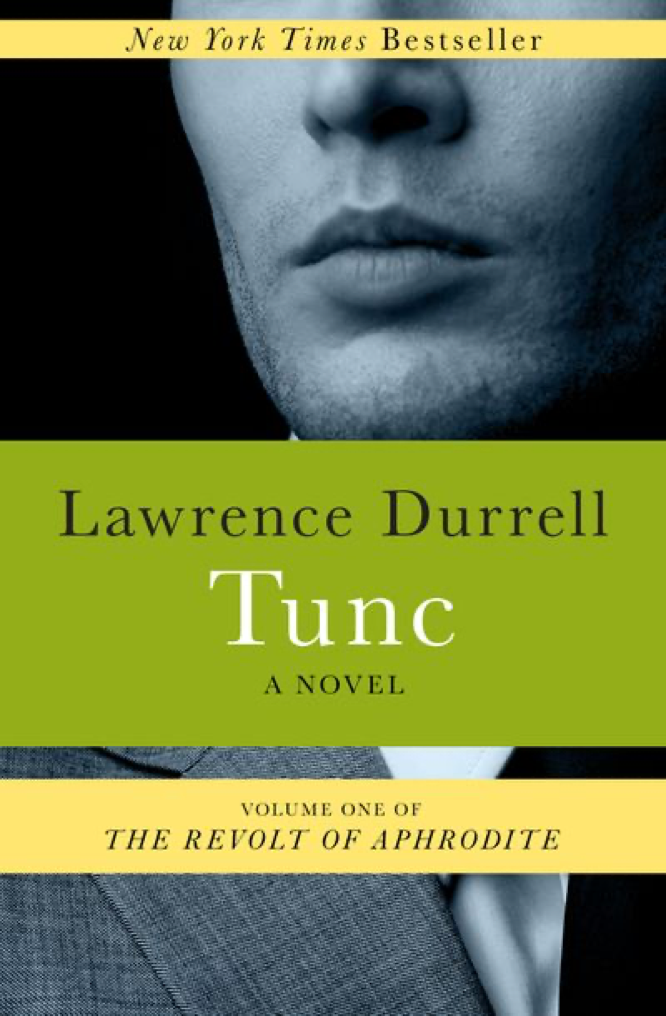 Tunc is really only half a novel, since Durrell had planned throughout to continue and conclude it in Nunquam, and there is nothing like a conclusion evident in the first book. Still, it’s a pretty good half-novel as I rank them. The style is very 20th-century modern, perhaps midway between Malcolm Lowry and Thomas Pynchon, complete with the latter’s tendency to interject funny songs and verse. Protagonist-narrator Felix Charnock is an inventor whose fortunes become embedded in the multinational firm of Merlin Industries. He has gone to ground in Athens after a circuit that began there, led him to Istanbul and thence to London. His original technological forte is audio recording, but during his late time at the firm he has applied himself to the extracurricular development of Abel, a computer dedicated to the purpose of divination on the basis of recorded speech and other data. Tunc is a retrospective exercise, just as Abel is coming fully on-line. Charnock reflects on his friends, lovers, and professional associates since the days of his independence in Athens, charting out a wide-flung web of psychological manipulation and frustrated desires.

The book and its sequel are together titled The Revolt of Aphrodite. I’ll take a breather before reading Nunquam, but it’s firmly on my list to be read. Lawrence Durrell’s second novel The Dark Labyrinth was originally published as Cefalu in 1947. It’s not clear why he uses the name of the Sicilian village for his fictional locale in Crete. An appended author’s note quotes at length the passage from Henry Fanshawe Tozer’s Islands of the Aegean (1875) that he says inspired the book. My Dutton paperback copy touts itself as an “early novel by the author of Justine” rather than an independent interest.

The main concern of the novel is with a sightseeing party from an English cruise, who are lost after an accident in a subterranean labyrinth in Crete. They enjoy a surprisingly wide diversity of fates. There is a flavor of allegory about the book, and the carefully constructed characters include a poet, a shorthand typist, a painter, an evangelist, a spiritualist-occultist, and a married couple. There is also a side story concerning a gentleman veteran rehabilitating his mental health and doing a bit of espionage.

Once I got the rhythm of the book, it was a speedy read. Durrell does not at all belabor the mythological allusions; there is perhaps just one mention of Ariadne, although the Minotaur is an active presence in the form of an indeterminate menace in the labyrinth itself–one which resolves differently for different characters. The Dark Labyrinth is not a genre novel, yet the later chapters swing rather dramatically among such strange attractors as horror and mystical philosophy, without being subordinated to them.