Hermetic Library Fellow T Polyphilus reviews How to Meditate: A Guide to Self-Discovery by Lawrence LeShan. 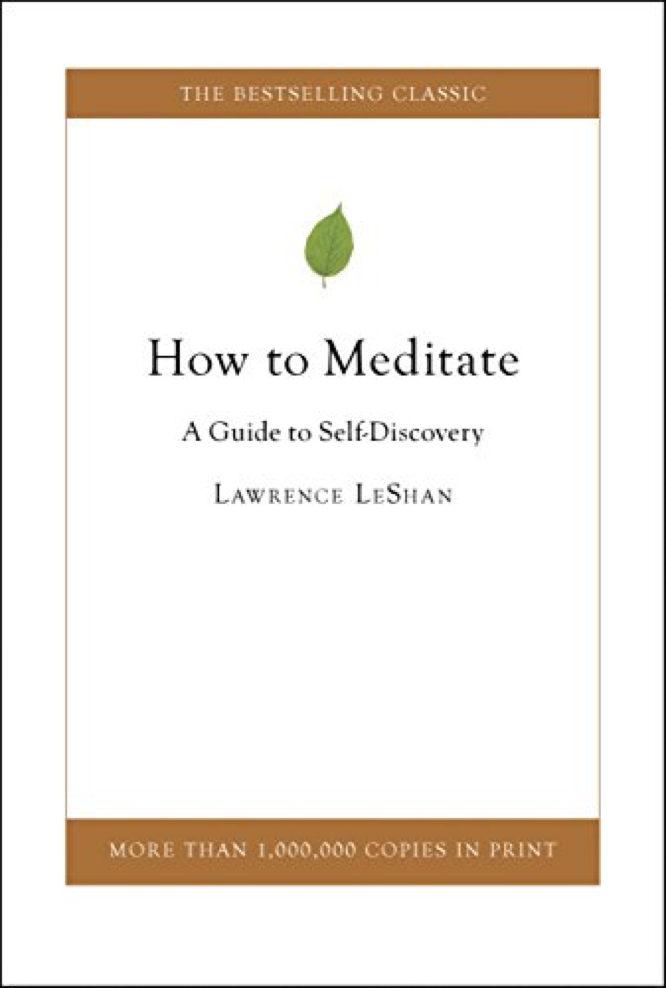 This little volume, evidently written as a practical textbook on its topic for the Human Potential movement, had been through 20 printings by 1988, and the jacket copy makes the false claim that its contents allow the reader “to bring meditation effortlessly into your life” (emphasis added)–a claim that the text itself firmly disavows. The title How to Meditate really applies to only chapters 8-10 of the dozen in LeShan’s book. The rest are concerned to motivate potential meditators, to provide a typology of meditative practices, and to discuss the interface of meditation with psychology and parapsychology. Chapters 3 and 11 are sufficiently peripheral to the main business of the book that the author actually suggests to readers that they can profitably skip those chapters.

The actual instructions for meditative practice in chapter 8 are adequate, and cover a respectably diverse set of techniques. Chapter 9 consists entirely of negative advice, i.e. traps to avoid, and much of it is useful. I especially liked the passage warning against “‘Vibrations,’ ‘Energy,’ and Other Cheap Explanations of Things.” (83-88) But in the subsequent section, LeShan cavalierly dismisses all theories of occult correspondence, appreciating neither their value as conventions in communicating ideas, nor the ways in which they reflect systems of congruence. (A better instruction reads, “…so also is the triad Osiris, Isis, Horus like that of a horse, mare, foal, and of red, blue, purple. And this is the foundation of Correspondences. But it were false to say ‘Horus is a foal’ or ‘Horus is purple’. One may say: ‘Horus resembles a foal in this respect, that he is the offspring of two complementary beings’.”–Liber 175, point 32)

A repeated refrain throughout the book is the author’s contempt and derision for those who would presume to acquire mystical experience by psychopharmaceutical means. He presents drugs and meditation as exclusive alternatives, never considering the possibility–indeed the likelihood suggested by traditions around the world and throughout history–that the two may complement and assist one another: psychedelic drugs being enhanced by the mental discipline of meditation, and meditation being potentiated by the breakthrough experiences of “heroic” drug use (to use the terminology of Terrence McKenna, a theorist with a much better handle on this conundrum). In a typical piece of anti-drug rhetoric, LeShan insists that “meditation (as opposed to … drugs) does not produce bad trips” (25); but later he concedes that meditation has its own hazards, including “depressions and bad trips.” (64)

Since the author is a psychologist, the overall approach is predictably secularist, and although he does go to some lengths to discuss various religious contexts for meditation, he does so on the basis of universalist assumptions. In fact, he goes beyond religious universalism to a metaphysical universalism that comprehends traditional mysticisms, parapsychology, and modern physics, in what would shortly after his writing of this book become a staple of the New Age worldview. An afterword praising LeShan is provided by a clergyman-psychologist.

LeShan is ideologically opposed to initiatory secrecy–which has little enough to do with meditation per se, but is often found in traditional contexts that facilitate or encourage meditation. LeShan does not see the value of such secrecy, only its potential for abuse. He writes, “Can you imagine a Socrates, a Jesus, a Buddha, telling his disciples that his wisdom was to be kept secret?” (102) Not only can I imagine it, I don’t have to. Mark 4:10-12 is a perfectly canonical instance.

As someone with some background and experience in the topic of this primer, I may not be the best judge of its appeal for those to whom it was directed. Reading it was good for me, though, inspiring me to revisit some practices that have served me well in the past, but have become a little dusty in my recent work.