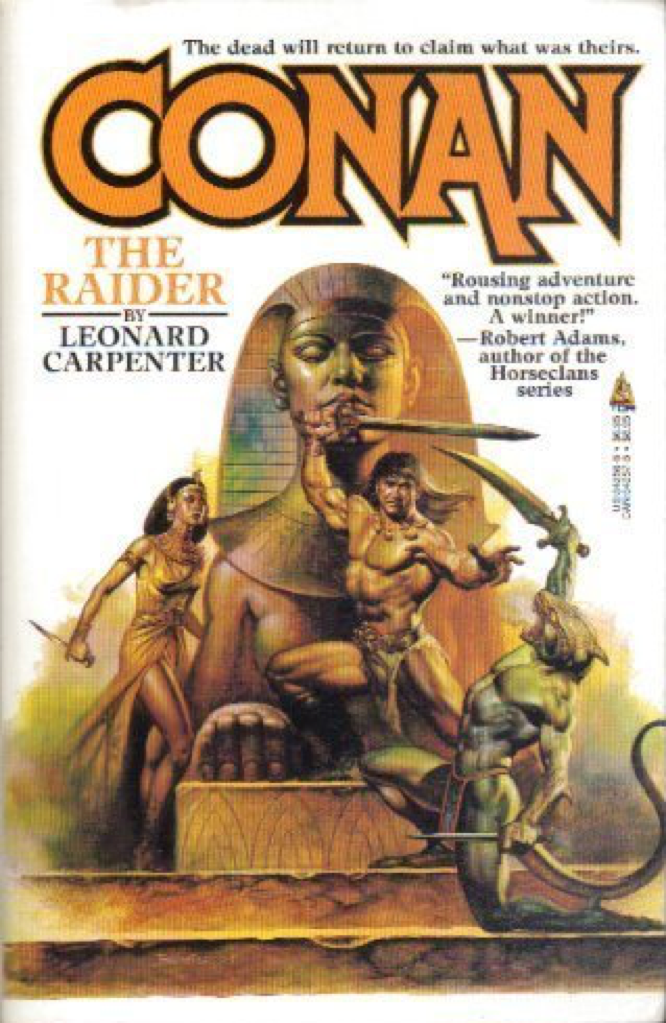 Carpenter’s novel is an adroit pastiche of the Robert E. Howard Conan. It is very explicitly tagged for insertion into the established continuity by the presence of the Star of Khorala gem, which Conan is seeking to reclaim at the outset of the novel, signaling a placement just following Howard’s “Shadows in Zamboula.”

Raider is set in Abbadrah, a Shemite city on the north bank of the Styx, so the cultural matrix is that of the ancient near east: a fantasy eastern Mediterranean culture strongly influenced by its faux-Egyptian neighbor Stygia to the south. A preliminary adventure with Valusian serpent-men proves to be a mere warmup with no deeper connections to the larger plot other than to introduce some characters and set the central business as that of Conan’s membership in a company of tomb-robbers (the “raiders” of the title). The loathsomeness of the Abbadran ruling class is especially well developed. Even the princess Afrit, whom Conan favors both politically and intimately, has a measure of dislikability. The “prophet” Horaspes, a Stygian emigre, is a paragon of malevolent priestcraft.

Conan develops a tense peer relationship with a Vanirman who leads the raiders, not least due to the dancer who seduces them both. This circle of interactions helps to keep a confused, human core in a story full of sorcerous villainy and Conan’s usual near-invincibility. On the whole, this tale was well-paced and succeeded in recreating the sense of adventure that Howard gave to his Conan stories. 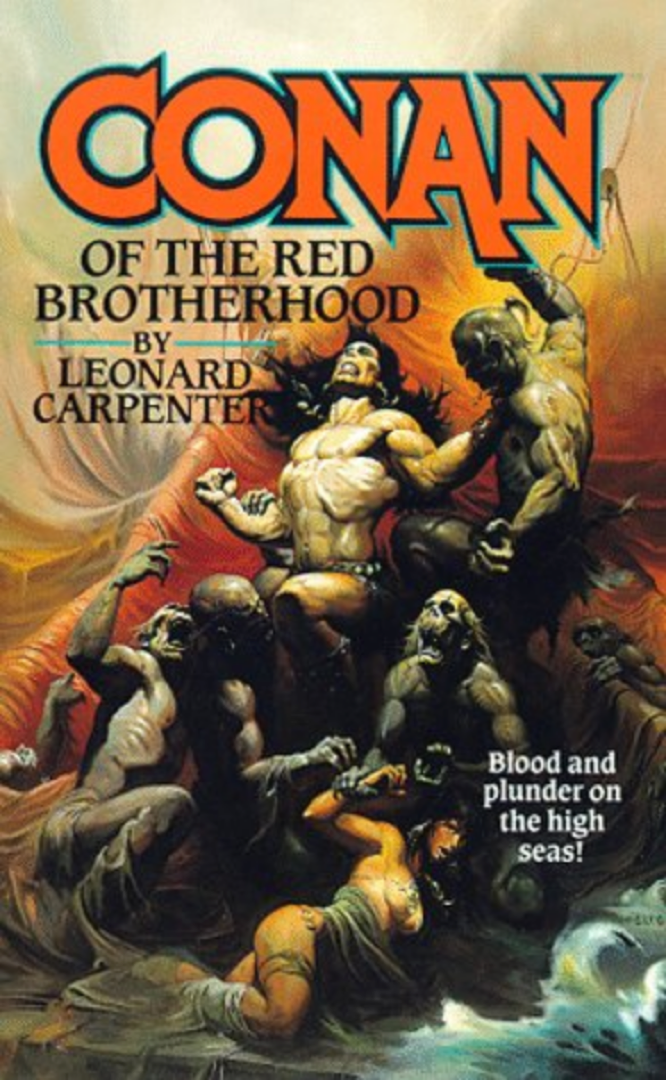