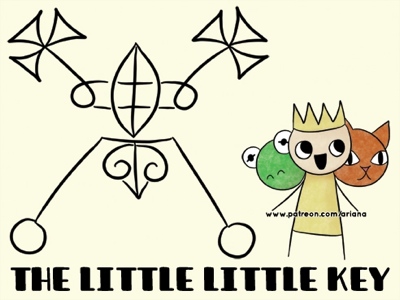 Previews of the 72DEMONS book have been posted, which is the end goal of the 72DEMONS Project that started back on 2011 to create new illustrations for all 72 demons from Ars Goetia. It’s been a long time coming, but looks gorgeous and worth the wait! 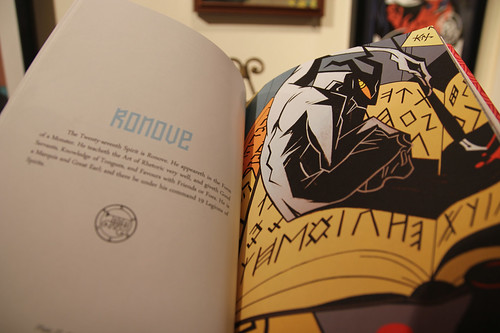 “Inspired by the Lesser Key of Solomon, comics, and 17th century grimoire, the 72DEMONS project is a venue for new and budding visual artists. Our goal is to publish an illustrated book depicting the seventy-two demons archived in the Ars Goetia, believed to be a guide written by King Solomon for summoning both helpful and malevolent spirits. Thousands of years later these entities persist, although they have changed their names and faces!

Since summer of 2011, 72DEMONS has expanded into a diverse collective of illustrators, painters, graphic designers, writers and video artists — making for one hefty book! Like what you see? What you are viewing now are only a few pieces from the first full-color proof.” [via] 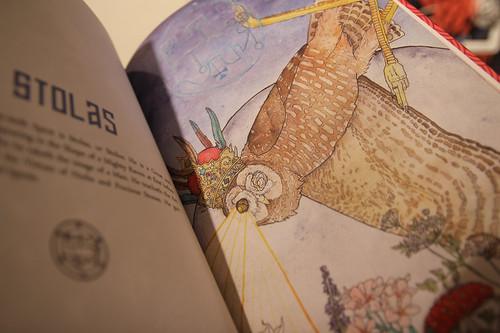 J S Kupperman, publisher of the Journal of the Western Mystery Tradition, is offering a Hand-bound Goetia Set. 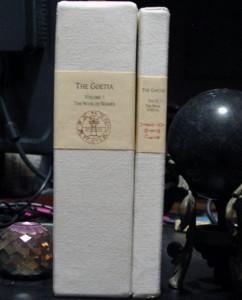 “A two-volume set of the Goetia or Lesser Key of Solomon, based on the Mathers and Peterson editions. The set, hand-bound in vegetable leather, is in full color with many pages hand embellished with liquid gold leaf. The larger book contains the names, seals and descriptions of the seventy-two spirits of the Goetia, as well as ample room for note taking. The second volume contains descriptions and instructions for making all of the ritual items necessary for the evocation of the spirits, including supplementary information from the Greater Key of Solomon. The second volume also has all of the necessary conjurations. Each book has its own, hand-made slip case for protection. (Scarab paper weight not included.)” [via] 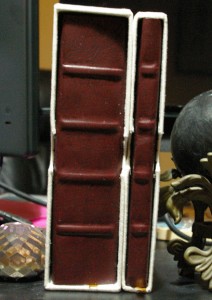 72DEMONS is a project that appears to have started back in July. Well, it’s been making the rounds because of a recent Boing Boing post about it. But, it seems like a pretty interesting project with lots of potential, so you may be interested in checking it out!

“Inspired by The Lesser Key of Solomon, comics, mythology and 17th-century grimoire, the 72DEMONS project is a venue for new and budding visual artists. Our goal is to compile and publish an illustrated book depicting the 72 demons archived in the Ars Goetia, believed to be a guide for summoning spirits.

The 72DEMONS project started in the summer of 2011. We encourage all artists to apply.”

“Both traditional and digital pieces are accepted, so long as it is 2D. It is suggested that you work large (300 dpi at least) and keep it rated…oh, PG13. Above all, have fun with the project, evoking demons being dangerous and all. Try to bring out something in the demon that the original illustrators missed way back when.

Also consider the background/setting of the image. Where does your demon live when he’s not being summoned? In what situation would your demon be summoned for? While one demon may be an all-around baddie, another may just want to be alone with his books/women/garden. Completeness and concept are emphasized here. At Ars Goetia we are aiming to redefine fantasy art as people view it.

The tone of the piece is completely up to the artist. Be lighthearted if you’re striving for something different! Though I love a slobbering menace as much as the next girl if you want to keep it classical.”