I crave the small, tactile simplicity of my new Kindle Paperwhite in its purple leather cover, which is currently home to what would make up around three boxes of physical books, but whose screen’s digital imprint is flattened of all memory and association. It’s soulless and almost weightless. On the other hand, the smug little ereader has not broken my spirit and my knees in the way that disposing of half my library has done, driving me to tears, rage and paracetamol. 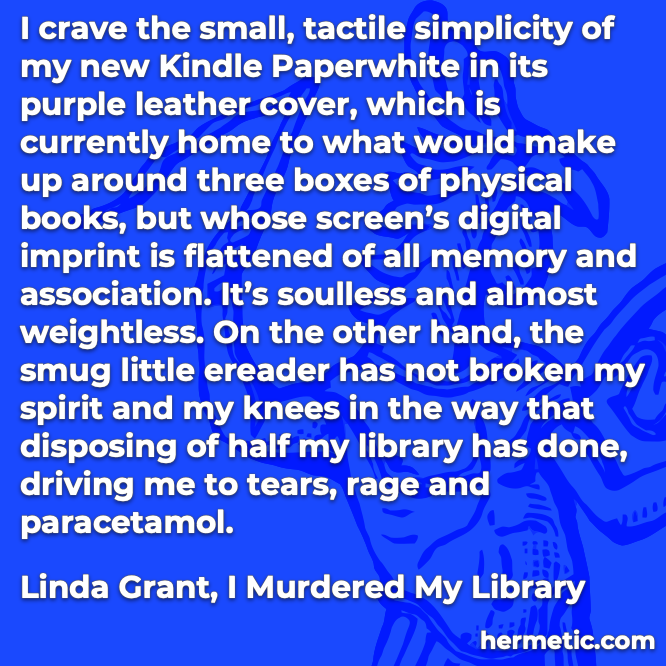 Every library both embraces and rejects. Every library is by definition the result of choice, and necessarily limited in its scope. And every choice excludes another, the choice not made. The act of reading parallels endlessly the act of censorship. 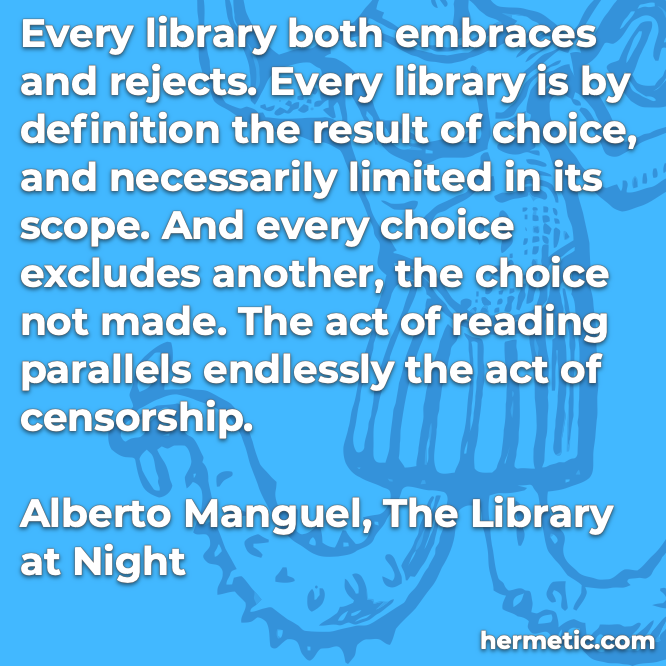 So what is the nature of this library? What function does it serve other than being a filing system for books? What, to use the phrase beloved of cultural criticism, does it say about me, and to whom is it addressing this message?

Linda Grant, I Murdered My Library Linda Grant, I Murdered My Library The past is the cosmopolitan’s mother country, the universal fatherland, an endless library.

Alberto Manguel, The Library at Night