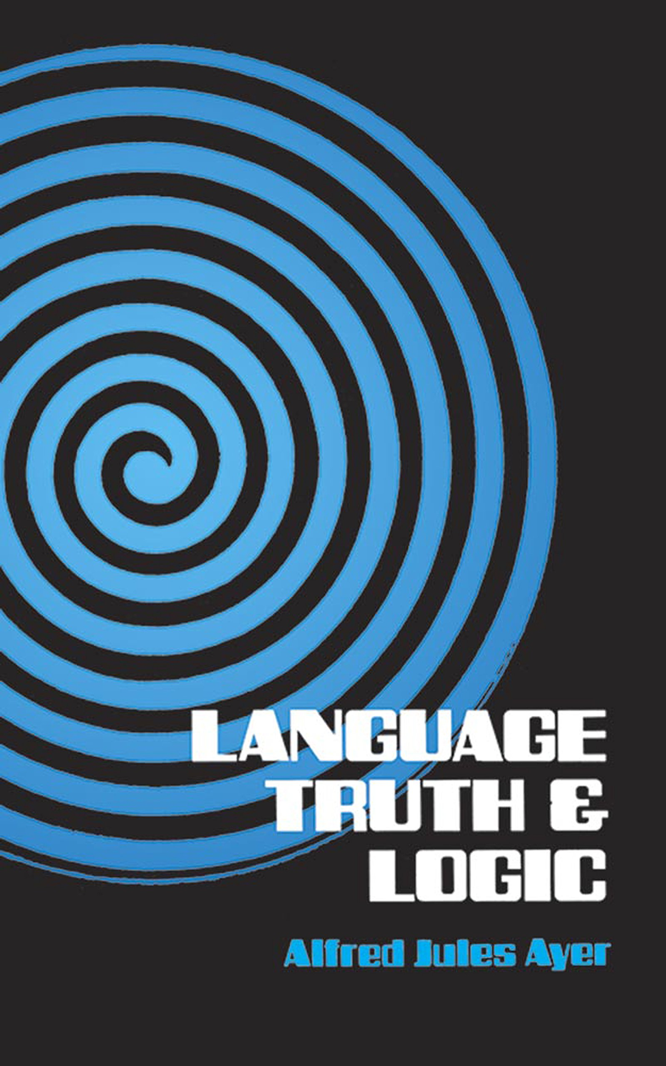 “But it must be understood from the outset that we are not concerned to vindicate any one set of philosophers at the expense of any other, but simply to settle certain questions which have played a part in the history of philosophy out of all proportion to their difficulty or their importance.” (134)

Language, Truth and Logic is a brief and charmingly audacious effort to retire metaphysics and its related issues. Ayer is a mid-20th-century exponent of the Anglo-American analytical tradition in philosophy (including the work of Bertrand Russell and others) which seeks to reduce the discipline to applications of logic. His arguments are sympathetic to the earlier empiricists and positivists, but show more sophistication in pointing out and sometimes surmounting their shortfalls. I am most in accord with his “emotive theory of values” as a method of dispensing with the philosophical concern over ethics.

Ayers’ professed opposition to “schools” in philosophical discourse reminds me of the ultra-Protestant Plymouth Brethren “coming out of sect” in 19th-century England: they paradoxically insist on a narrowing of their field while claiming to transcend distinctions within it.

The 1946 introduction to the second edition consists of Ayers reconsidering and fine-tuning many of the details in the body of the text. Accordingly, I saved it to read until finishing the original eight chapters. In retrospect, however, because of the intricacies of the arguments, a reader would be better advised to read the 1946 remarks in sequence after each individual chapter.

Although mystics (and magicians, to a lesser degree) are unlikely to find this book easy or pleasant, it would be an invaluable supplement to their intellectual diets. After passing through this crucible, they might proceed to the more congenial offerings of a thinker like Gregory Bateson.