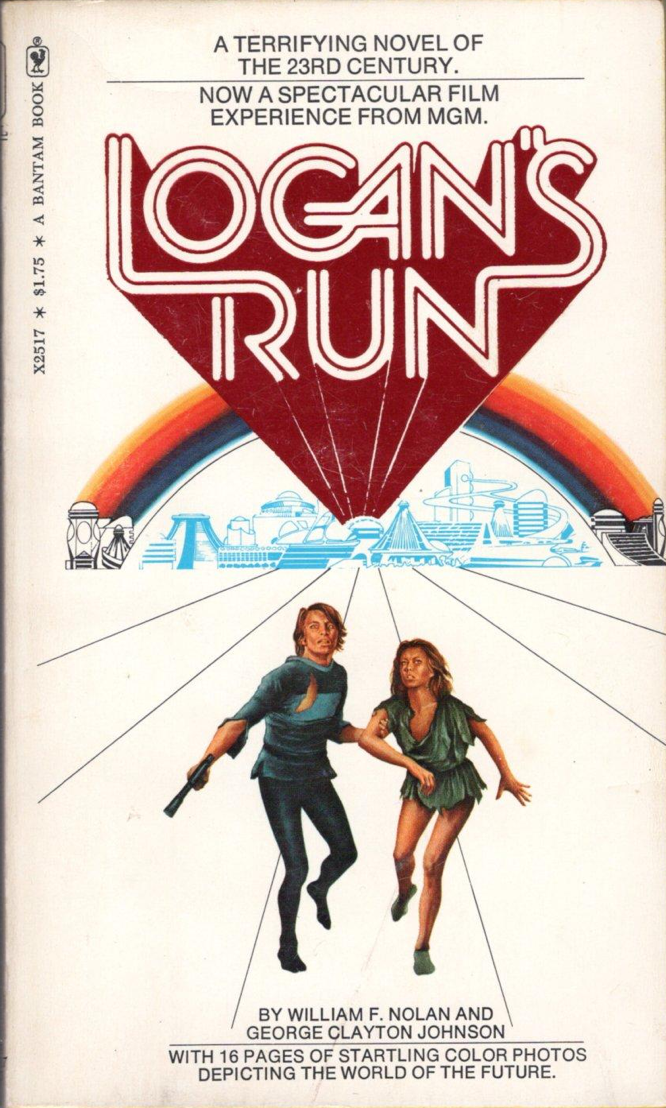 This short novel was the basis for the 1976 film, subsequent television show, and sequel novels: a dystopian action-adventure in the twenty-second century very much along lines laid down by Huxley’s Brave New World. The principal addition to the scenario is the idea of dealing with population pressure by using the global technocratic state to impose a maximum lifespan of twenty-one years. The protagonist Logan is a “Sandman”: a policeman/executioner assigned to eliminate “Runners” who fail to report for their scheduled euthanasia. Contrary to the jacket copy and many synopses, Logan is not a desperate Runner himself, but is in fact a thoroughly ambivalent character, attracted to a Runner whom he accompanies in order to infiltrate the Runner network and reach the rumored Runner destination of Sanctuary and its architect Ballard.

A sense of impending climax is structured into the novel with chapter numbers that count down from ten. There are two plot twists at the end of the book, neither of which was ever translated into the screen adaptations. One concerns the location of Sanctuary, and the other is about the identity of Ballard. The first works fine, but the second I did not find compelling after the contrary setup.

The book is very fast-moving, with plenty of sex and violence — though not quite so much that it seems like a mere pretext for them — and seems to have been written with the intention of inspiring screen adaptations. The film and television show actually made from it were toned down by setting it another century further into the future, and raising the age of “Lastday” from twenty-one to thirty. They also added the spectacular euthanasia ceremony of Carousel, to replace the simpler “Sleepshops” of the novel. Another film version is apparently in the works with a projected release date of 2014, and rumor has it that they’ve brought several points of the scenario (most notably the maximum personal age) back in line with that of the book.

This is not a philosophical work by any stretch of the imagination, and yet it includes interesting material for meditation. The idea of engineered neoteny as a response to socio-economic and political stresses is not so very far-fetched. Certainly, in the 1970s wake of the youth counterculture it must have seemed very credible. It is doubtless one of several such programs available to the Crowned and Conquering Child.