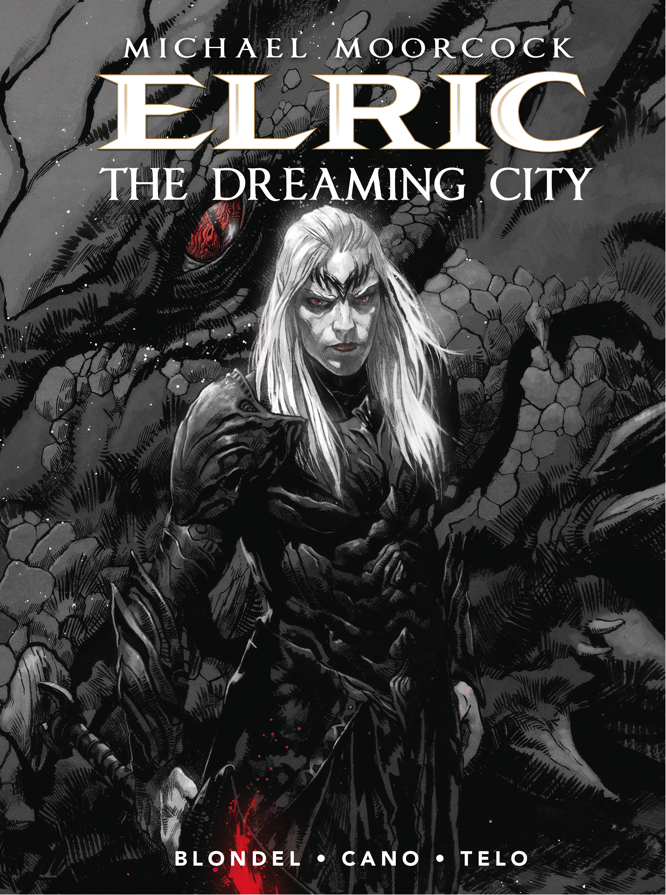 I like the gloomy, shadow-heavy art by Telo in this book, but some of the compositions are hard to “read” in narrative terms, especially during the climactic confrontation among Elric, Cymoril, and Yrkoon. In some panels for example, I didn’t know which of the rune-swords is being shown: is that Stormbringer or Mournblade? These stumbles “work” impressionistically, reflecting Elric’s own confusion, but they are still a little frustrating for the reader.

The foreword by Jean-Pierre Dionnet (co-founder of Métal hurlant, who asks that you read his essay after The Dreaming City to which it is prefaced) is the least of these in the series, but like the others it contains some piquant autobiographical reflections and musings on international culture and the role of fantasy. It does include one amusing double-translation through French: the Moorcock novel “Here’s the Man” (i.e. Behold the Man, which is the biblical ecce homo).

The claim to have finished a cycle of the larger saga is a fair one here. Most of the story threads have been tied off, if not ruthlessly cut and burned, by this point. The issuance of these volumes has been at a pretty leisurely pace, and I hope that they continue without an even longer intermission than the ones before. 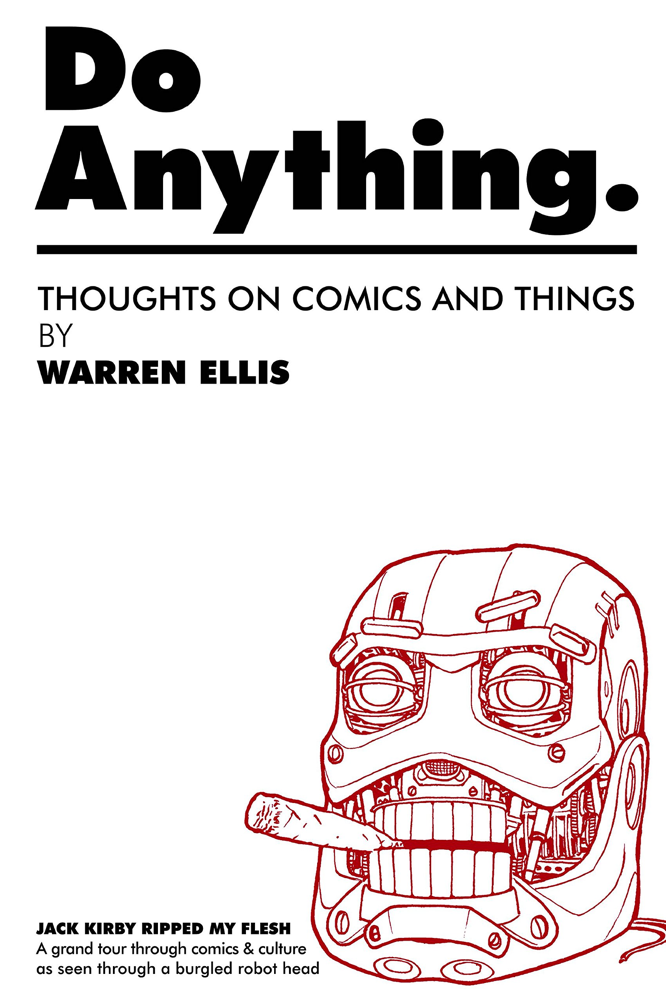