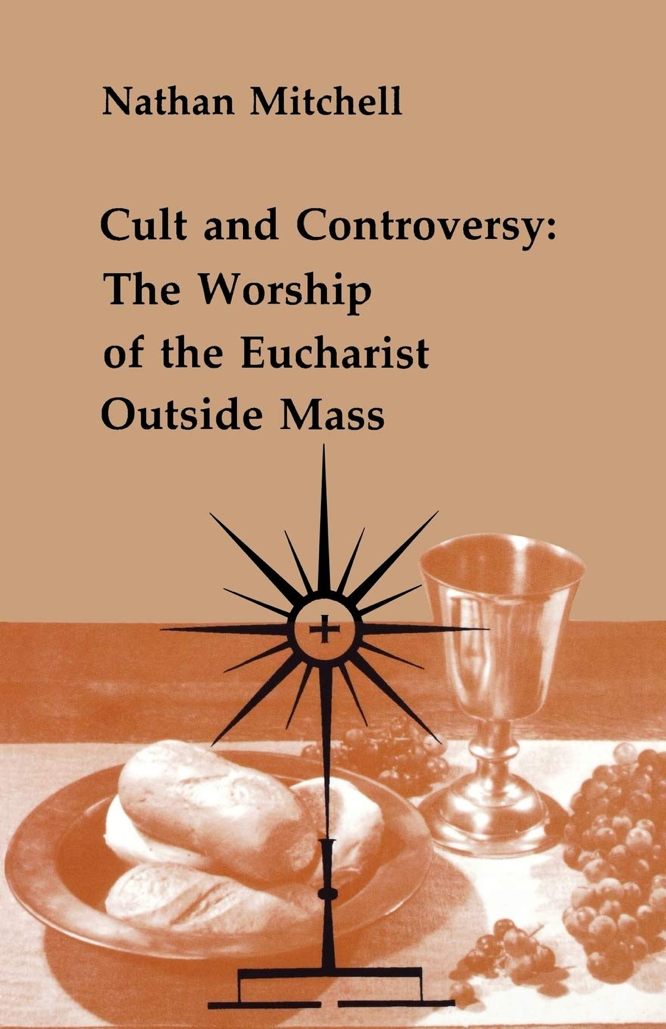 When I started reading this 1981 study in Roman Catholic liturgy and ritual praxis, I expected it to be chiefly concerned to contextualize and interpret the 1973 Vatican Decree on “Holy Communion and Worship of the Eucharist Outside Mass,” which supplied regular liturgical forms for administration of the Eucharist to the sick, viaticum, processions and benedictions with the Eucharist, “forty hours” devotions, and Eucharistic congresses, all in light of the Second Vatican Council. While that concern is certainly present here, the book happily has a much wider scope and ambition to review without prejudice popular customs and official sanctions attaching to the Eucharist outside the liturgy of the Mass.

The first half of the book is concerned with ancient and medieval contexts. Ultimately, the traditional practices are classed under four heads: 1) Administering the sacrament in ministerial visits to the sick or dying, 2) Processions displaying the host, 3) Stationary exhibition of the host, and 4) Use of the reserved host as an instrument of benediction (163 ff.). Early chapters discuss cultural and liturgical developments that fueled the worship of the consecrated species, which only became possible once the Eucharist had transformed from a “holy meal to sacred food.”

The second part (“Reforms”) is concerned with modern developments, including both the Tridentine era and the developments since Vatican II. There is particular attention given to the US American context, where the sort of practices discussed in this book “provided a ‘distinctive badge of identity’ for a Catholic minority in an overwhelmingly Protestant country” (335). “Theological roots” make for a surprisingly minor element of the overall treatment, and the summative synthesis and evaluation draws heavily on both secular psychology (notably that of Erik Erikson) and philosophy (Paul Ricoeur).

My peculiar perspective on this material caused me to take note of such items as the 17th-century Congregation of Rites making an injunction against “placing relics or statues on the altar of exposition” (205), which naturally put me in mind of the contradictory command from Liber Legis III:22. While I had little use for the bits of Christian theology in this book, its study of the long-term interactions of culture, institutions, and liturgy around Eucharistic practice was definitely worth my attention.