Hermetic Library Fellow T Polyphilus reviews The Unholy Bible: Blake, Jung, and the Collective Unconscious [Amazon, Abebooks, Local Library] by June Singer, introduction by M Esther Harding; re-issued as Blake, Jung, and the Collective Unconscious: The Conflict Between Reason and Imagination [Amazon, Bookshop, Publisher, Local Library], part of the Jung on the Hudson Books series. (Amusingly, I have both versions at the Reading Room, each purchased separately, at different times, thinking they were different books. Obviously, the topic sustains its appeal to me!) 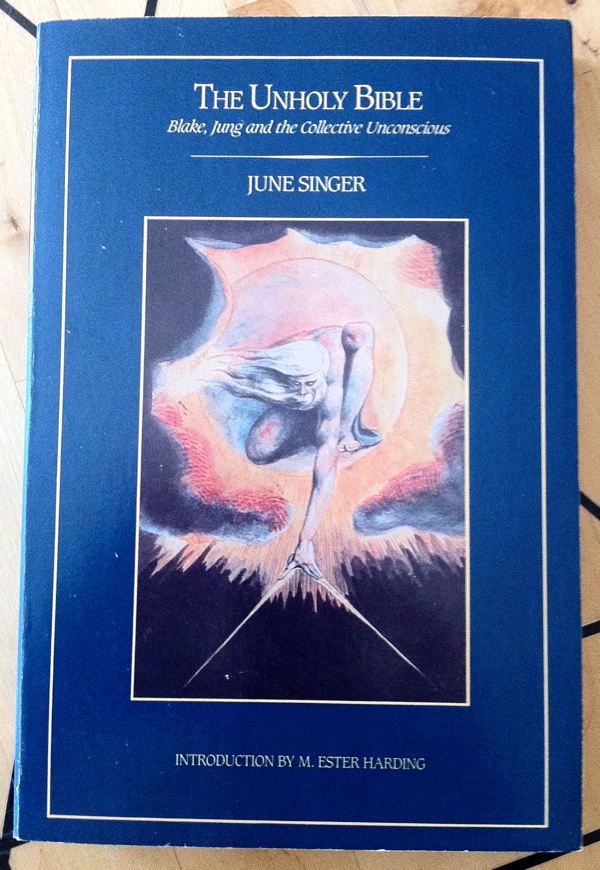 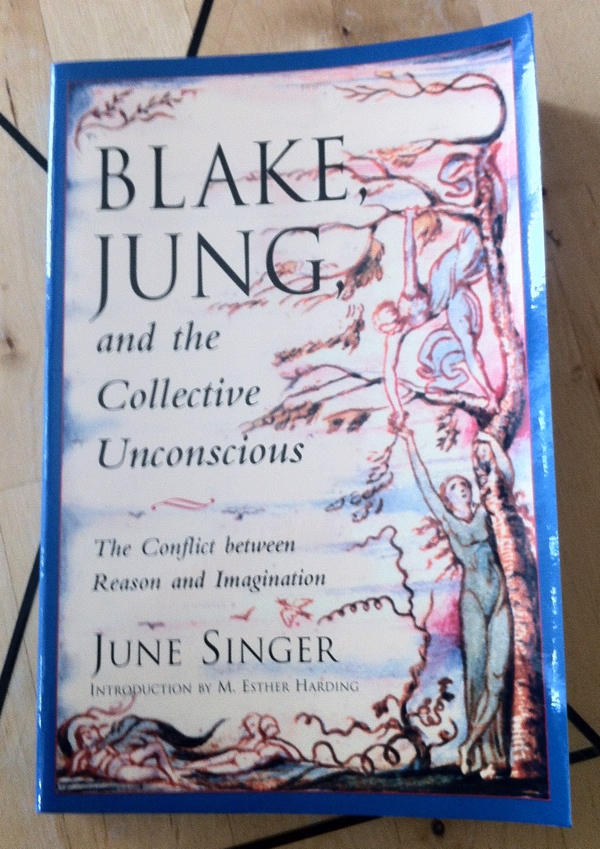 Singer’s “Psychological Interpretation of William Blake” is for the most part a Jungian sermon that takes Blake’s prophetic works as its scripture. Sometimes she just rambles off into outright theologizing in that distinctive Jungian fashion. Nor does she avoid the scientism and occasional outright materialistic philosophy to which the Jungian discourse is prone. At times, Singer’s chief concern seems to be whether or not Blake was a good Jungian. But even so, The Unholy Bible is a fairly diligent and perceptive study of Blake’s mature work.

Following a quick but useful biographical preliminary, the largest section of the book is Singer’s analysis of The Marriage of Heaven & Hell, which is quite thorough. Her attention to the symbolic value of the pictorial elements of the plates is especially welcome. She traces some principal themes in the Proverbs of Hell, and offers careful consideration of the Memorable Fancies.

The book could have used more proofreading. The erroneous transcriptions from Blake’s plates are particularly galling. (See 137, 142, e.g.) And here’s an author’s blunder: She reverses the symbolic attribution of the sheep and the goats relative to Blake’s context! (141)

The later sections of the book treat Blake’s prophecies which are the “unholy Bible.” These are viewed from a wider angle than The Marriage, and with some success.

The final two chapters seemed relatively disposable to me. “Sources of Creative Activity” hagiographizes Jung and defends Blake against charges of insanity and mysticism — the latter subject to an evidently narrow, yet largely implicit definition. The two pages of “The Symbol” extol “the slender filament which reaches from our world to the Infinite” (247), if you care for that sort of thing.

For diehard Jungians, there’s probably no better book on Blake. For general readers unfamiliar with Blake’s work, this might not be an optimal introduction, because of its tendency to confuse interpretations of Blake’s writing with assertions of Jungian doctrine. But I did enjoy reading it, and I learned some things along the way.