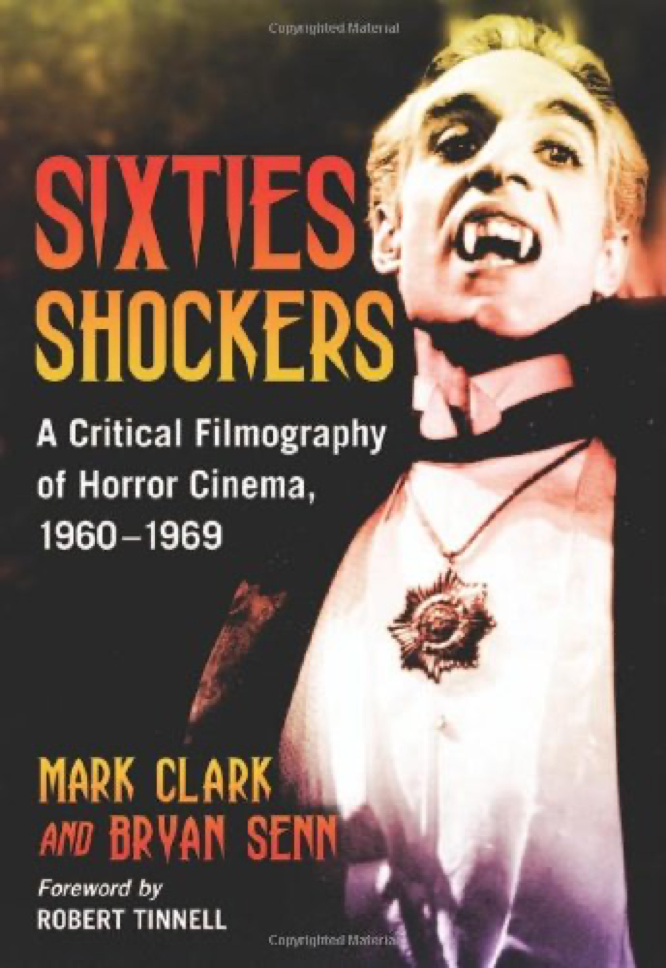 Designed primarily as a reference book, Sixties Shockers is a comprehensive overview of a wide swath of horror cinema from the 1960s. It is organized into three principal sections. The first is “The Decade,” a chronological set of essays regarding the major cultural trends, social circumstances, and cinematic contributors of the period. It’s a good read, and it emphasizes the positives: innovations and transformations in the movies, along with their contexts and sources. The second section is “The Movies,” organized alphabetically by film title. Each entry includes basic filmographic data, a little clip of promotional prose (often hilarious), and a substantial review, usually with insider anecdotes about the production of the movie. The final section is “More Movies,” supplementing the second section with entries for genre-borderline movies, and movies produced in the 60s, but not shown (in the US, anyway) until later. For ease of use, I would have preferred that the third section have been folded in to the second. It is in a smaller font — presumably to indicate its lesser importance as well as to fit in the surplus material — and that font could have been kept as an editorial convention for the “More” entries, even if they were all alphabetized with the main set.

The review elements are opinionated, but even-handed, dishing out praise and condemnation with equal facility. Despite their obvious enthusiasm for the genre, the authors are actually a bit harder on the individual films than I would be. For example, they pan one of my favorites: The Dunwich Horror (1969). That makes their enthusiastic reviews that much more intriguing, though.

Much of the movie-specific information in the first section is repeated in the entries for the relevant movies, which is probably for the best. A reader using the book as a specialized encyclopedia can be sure that all of its data on a particular movie are collected under its heading. The genre is rife with variant titles, and these are often given as cross-references at the heading level. The material production of the book is admirable: it’s large and solid, with abundant black-and-white illustrations reproducing stills from the movies as well as posters and other promotional literature. It’s not typo-free, but the text quality is reasonably high. The appended index is very useful for referencing particular producers, directors, and performers.