Jonathan knew that most vampires did not live as lords and ladies in grand castles. Most lived as rats, hidden in the slums in cities, or out in the countryside as hermits, posing as holy men or witches. 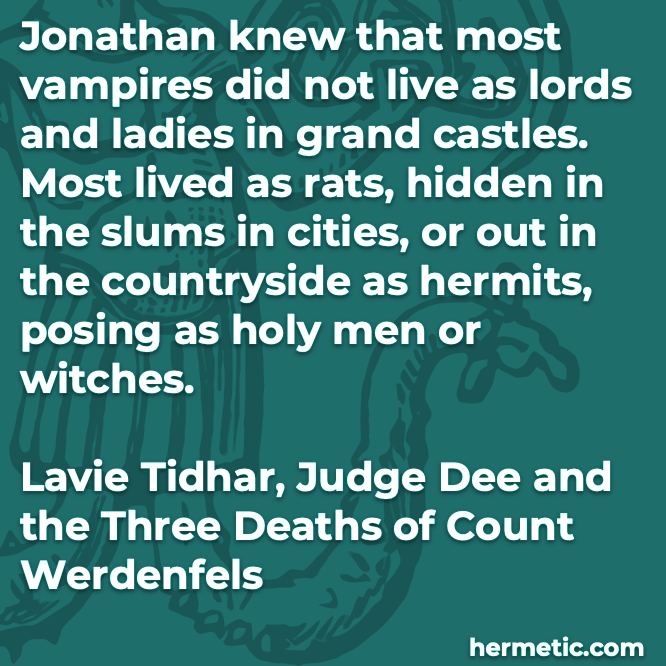 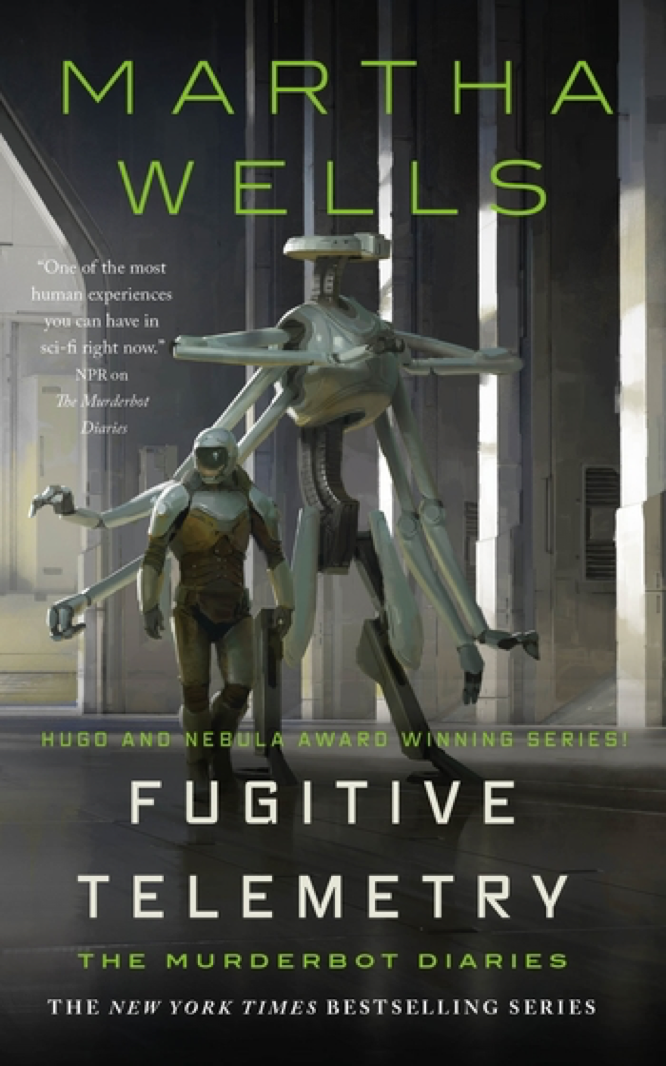 “I guess the feed isn’t adequate for all forms of communication, particularly those that involve a lot of glaring.” (13)

And I’m all caught up on Murderbot. In this most recent book, it looks as if there might be a significant shift from considering Murderbot someone who commits murders to someone who solves them. The action is restricted to the orbital station of the world Preservation, and begins with fresh corpse, unidentified and clearly murdered.

Jacket copy describes this volume as a “standalone adventure in the … series,” which is intended to hearten anyone who hasn’t read the other five books, I guess. But this one didn’t seem too heavy with orienting exposition, or notably any more independent of the series than any of the other books. While it does document a possible pivot in Murderbot’s professional career, its contribution to the overall character arc and plot development of the series is in fact negligible.

If future Murderbot stories do consolidate the character as a sort of space opera Sherlock Holmes, then this book will probably become an ideal point of entry to the series. In any case, it was interesting to see Pin-Lee in the Mycroft role, and Indah made a good Lestrade. The Watson part went to — Ratthi?

As usual, it was a fast read. I wasn’t planning to read it in a single sitting, but I did.

Jonathan shrugged again. He cared not for mysteries. Instead he smiled as he reached into his scrip and pinched a big fat chunk of meat to put in his mouth. He cared a lot more for pork. 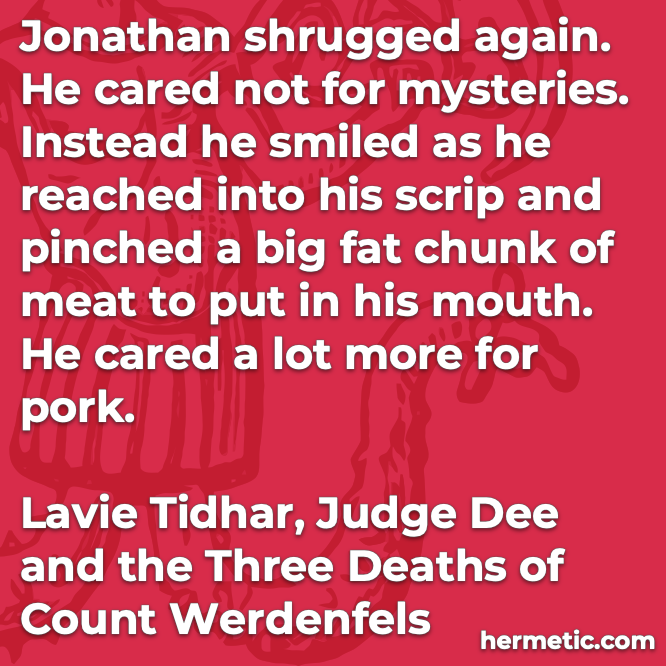