The pamphlet Black Book Volume 1: Principles of Extreme Living by Christopher S Hyatt, with Nicholas Tharcher, S Jason Black, has a lot of quotable quips, but one must consider them in context of the question “to what end?” I suspect that far too many would read this as a primer on how to justify being worse assholes instead of a call to action to become better. I think the text’s attempt to be shocking and a splash of cold water make it difficult to arrive at the challenge to exceed of the latter, and will ultimately appeal mostly to those seeking the former as confirmation bias to stay stuck.

In this sense, I might argue that the kind of “extreme living” is a form not of excellence but of self abuse, not just abuse of others, ultimately amounting to a kind of principled self-hate for the human condition, which I think is a social one that draws an overall arc to increase interdependence and mutual aid in spite of meanness and hatred. If one constantly draws the circle of their care in the world closer and sharper to the self then there’s no surprise that so much hate springs forth from such sad little monkeys who drive themselves slowly insane nurturing hate for others ultimately cannot but aim inward for recognition of their own inexorable humanity into become self-hate and abuse.

There’s a Venn diagram of reasons I read this, which include Hyatt’s esoteric work, the place of Falcon Press as a once great publisher of still notable esoteric and outsider materials, and so forth, but also that I was interested in trying to understand a bit more about how groups such as the MRA people justify themselves to themselves. Although I read this before the most recent events around alt-right and white supremacy movements occurred, I have to recognize there are a lot of overlaps, not just to Men’s Rights Activists. There’s a strain of thought here that seems to get picked up over and over again through the years.

It all still seems like faulty thinking and broken feeling to me, and I can’t help but wonder if they might find a way to heal themselves from whatever damage they are acting out and perpetuating if they tried to less willfully cleave to and suckle from the dystopian wire monkey of their hatreds.

If you can filter that dross and drek out, and not be put off by the overstatements attempting to shock, there is a call here to realize that the self lives in relationship with other, and that means there is useful dialectical interplay between both self and other. If one manages not to forget the relationship part, there’s something to be said for the need for a kind of rigor to being true to oneself as long as one is heading along whatever path toward excellence one takes. There is a healthy reason to have a balance, even if maintaining that balance requires discipline that may seem harsh at times to others; moreover that discipline of self balance is itself a skill to develop.

But I think the idea of extremes advocated here is more likely a form of dysfunction than one of excellence, most attractive to those seeking to justify being shitty in a world trying to route around them as energetic dead ends, those who are essentially necrotizing tumors in the collective body the rest of us all share.

I have a kind of morbid historical curiosity about the other volumes in the series, but, really, I don’t see the point in going further. It seems to me these kinds of screeds are best remembered as examples of how thoughts and feelings can go wildly wrong and then become codified scar tissue, not as exemplars to emulate or follow. I suspect one should know these errors well enough to avoid them and then do that. 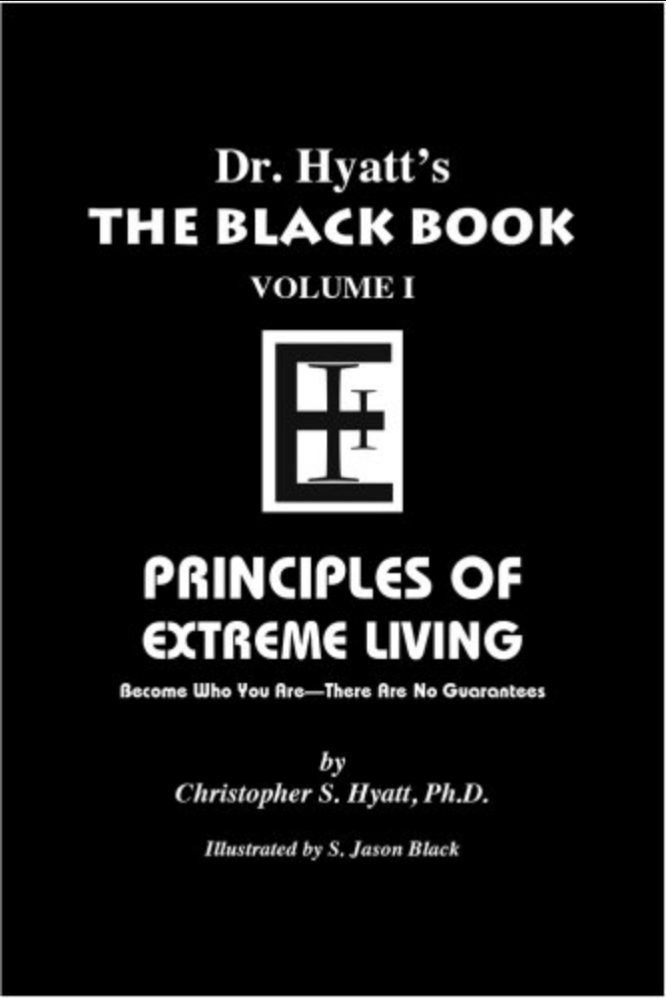 Originally posted on my personal blog at Principles of Extreme Living