The Man-Who-Dies is the Tester or Questioner, the one who does not accept what is normally taken as truth without testing it himself. As such he is an object of fear to most people, who are happier with comfortable lies than uncomfortable truths, and is characterized as a devil, rebel, or dangerous heretic of one sort or another. His testing of accepted norms usually brings him into a position where he finds himself working to bring about change in the status quo so that new growth can occur, or to resist the excesses of an entrenched power. Traditionally he ends up being killed, imprisoned or otherwise punished by the guardians of the status quo, but with the advent of the anti-hero in modern literature, he often ends up conquering.

Benjamin Rowe, Tables of Correspondences for the INRI / IRNI Formulas 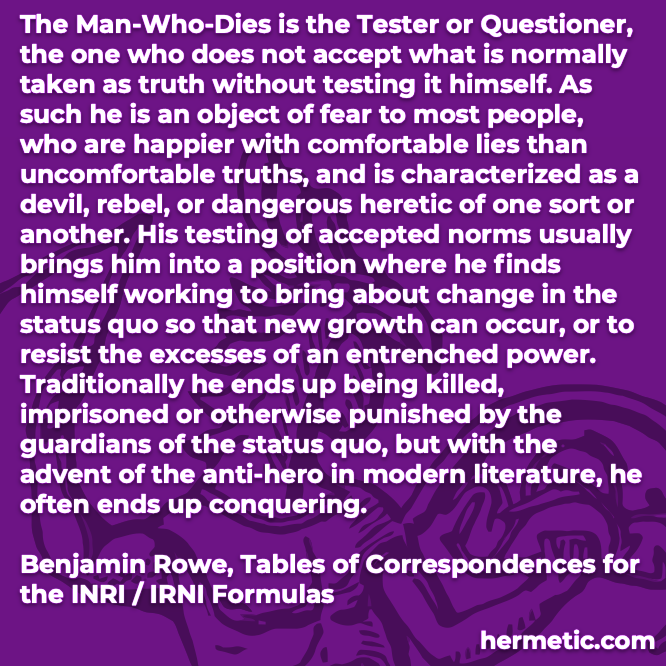