it has been shown that much of the work of Trithemius, Agrippa’s mentor and the progenitor of European ceremonial magick, was actually veiled cryptography, a brutal and embarrassing truth that much of the occult and neopagan revival, which ultimately stems from Trithemius, has never assessed. 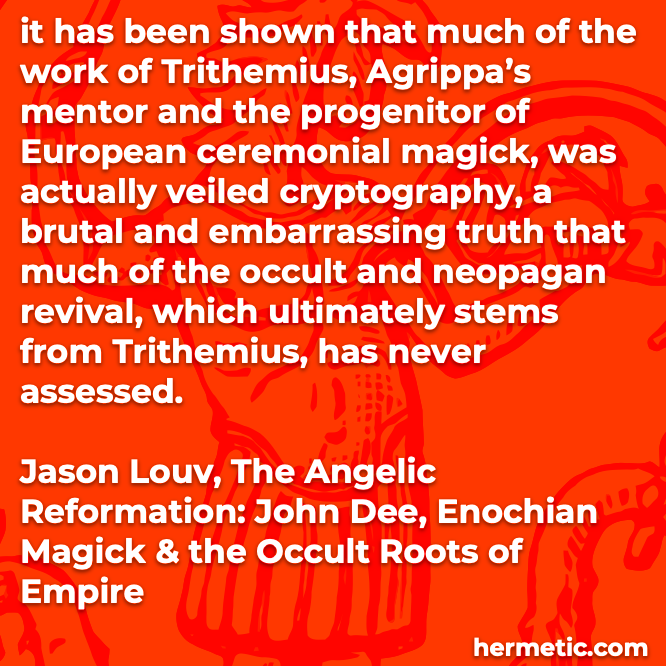