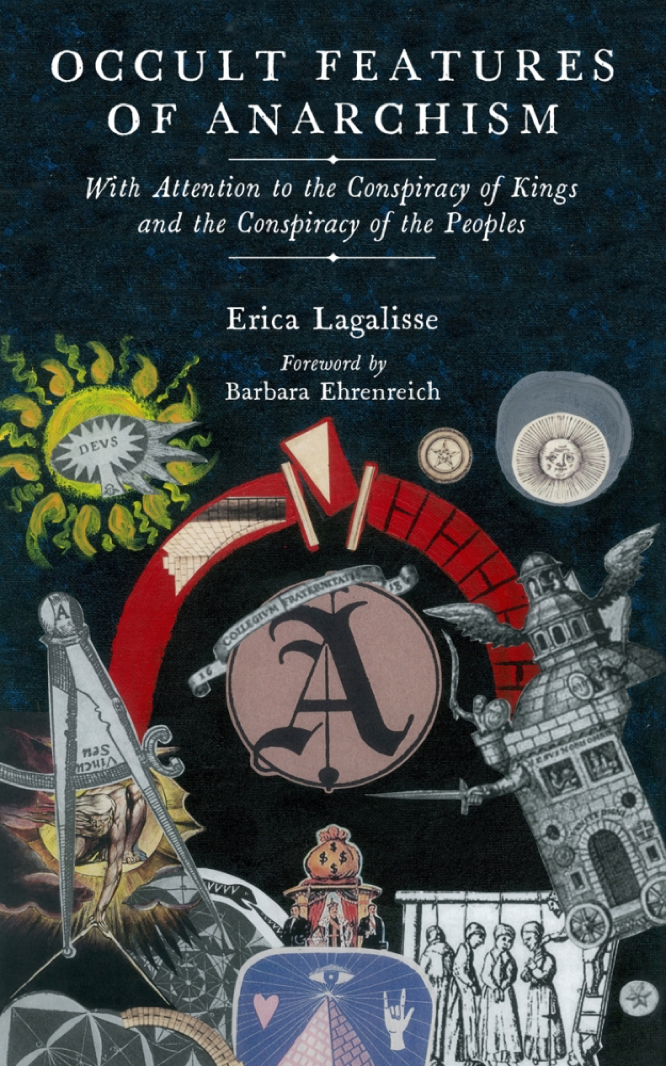 “There is no politics without conspiracy. The question is simply ‘who’ is conspiring to do ‘what.'” (103)

This slender volume contains a lot of food for thought. After methodological preliminaries, “Supreme Magus” Erica Lagalisse supplies a history of modern esoteric movements with attention to their roles as precedents for revolutionary and anarchist political movements. A five-page “coda” bridges from this first half of the book to the second, where she treats contemporary concerns. The first of these is the cultural underpinnings of anarchist socialization, and the second is the role of “conspiracy theory” in political organizing. With respect to the former, Lagalisse concludes that “anarchism has always been a gendered and racialized domain authorized by speculative elites as much as real builders” (87). On the latter count, she ponders the anarchist reactions to “conspiracy theories” and wonders:

“Are anarchists truly interested in mobilizing people and their discontent into resistance movements? Or is the priority among activists to distinguish one’s self as having ‘good politics’ and protect their small, safe social enclave?” (101)

The author’s academic discipline is anthropology, so in both the diachronic history and synchronic analyses, her perspective takes an ethnographic orientation. She anticipates two and a half audiences for her work here. She expects both scholars and activists to benefit from her overview and to pursue the many worthwhile resources for inquiry indicated by her footnotes. (Some of these references were new to me, and I will indeed be chasing them down.) In addition, she expresses “hope that some persons identified as ‘conspiracy theorists’ read it and feel both productively challenged and validated by my words” (110).

With a different motive than those “anarchist academics” asking Lagalisse “to authorize my texts by citing Carl Schmitt” (87), I could not help noticing a couple of key sources missing from her references, which would complement the exposition that she has undertaken in the first part of the book. Godwin’s Theosophical Enlightenment remains a helpful unveiling of the leftist valences of occultism and its forebears, while Couliano’s Eros and Magic in the Renaissance gives further insight on those topics for which Lagalisse appears to have relied on the work of Frances Yates, and reaches conclusions about the modern transformations of hermetic magic similar to those intimated in the final paragraph of Occult Features of Anarchism.

Lagalisse offers brief but trenchant discussions of some of the shibboleths of 21st-century social critique, including “cultural appropriation” (75-6) and “intersectionality” (97-101). Honestly, the book would have been worth reading for these bits alone, but to have them treated in the larger context of this discussion of esoteric history and political culture is highly worthwhile.