The so-called war on terror has done inestimable damage to the world, including the intensification of anti-Muslim racism in the United States, Europe, and Australia. As progressives in the Global North, we certainly have not acknowledged our major responsibilities in the continuation of military and ideological attacks on people in the Arab world. 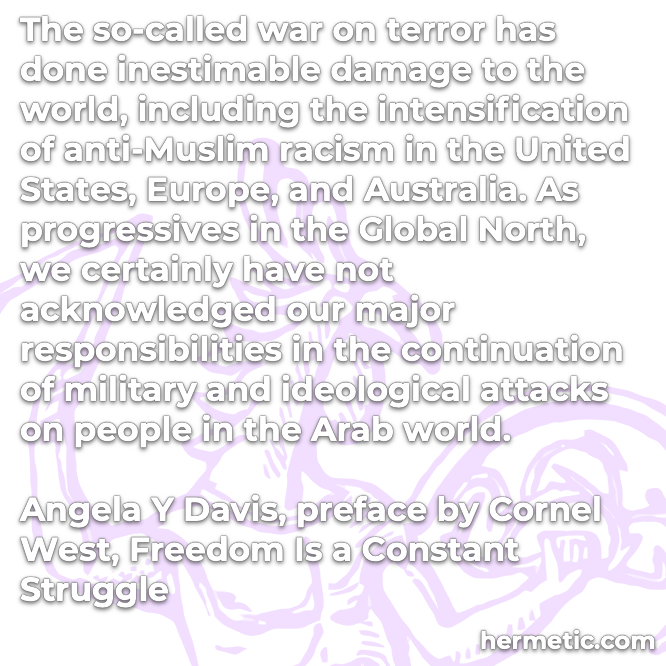