Ille argues that art should express spiritual truths, not worldly observations. Rhetoricians and sentimentalists, according to him, cannot be artists, because the artist is always an outsider, a holy hermit living, as Yeats says in Per Arnica, ‘on the threshold of the sacred house’ 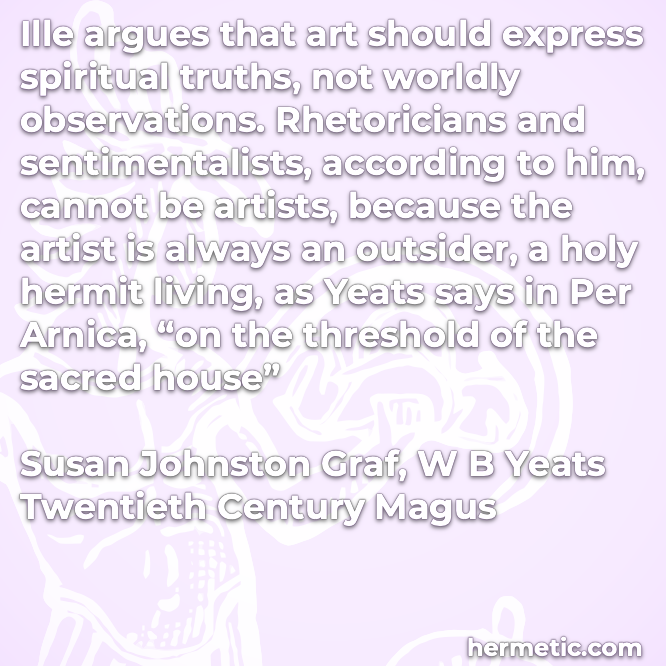